A chance encounter between Megan and the mysterious Archimedes provides leads and a potentially undying relationship. 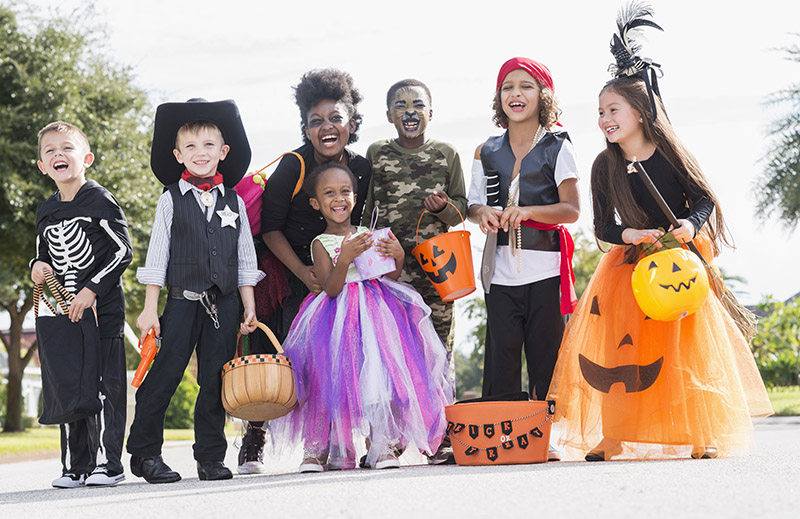 A Georgia sheriff is determined to protect children by putting "no trick-or-treat" signs in the yards of registered sex offenders.

Registered sex offenders in Butts County are suing the Sheriff's Office for putting signs in their yards to discourage young trick-or-treaters, the Atlanta Journal-Constitution reports.

Christopher Reed, Reginald Holden and Corey McClendon have asked a judge to order the law enforcement agency to stop warning children to avoid their homes on Halloween.

The registered sex offenders say deputies are trespassing on their land to place the unwanted signage.

The signs read: "NO TRICK-OR-TREAT AT THIS ADDRESS!! A COMMUNITY SAFETY MESSAGE FROM BUTTS COUNTY SHERIFF GARY LONG."

Sheriff Long reportedly asked 200 sex offenders in the county to display their own signs in their yards, or face unspecified consequences.

A hearing is set for Thursday at 9:30 a.m. for a judge to decide whether the signs violate the rights of sex offenders. 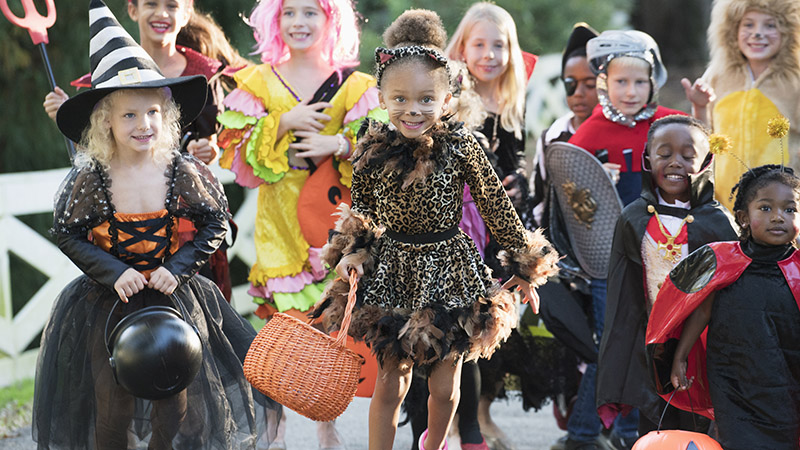 In the meantime, Sheriff Long's deputies will continue to plant signs in the yards of all sex offenders to protect the children in the county.

"Regardless of the Judge's ruling this Thursday, I WILL do everything within the letter of the Law to protect the children of this Community," the sheriff wrote on Facebook.

The lawsuit seeks a jury trial and financial compensation for the stress, fear and humiliation the signs caused last year. 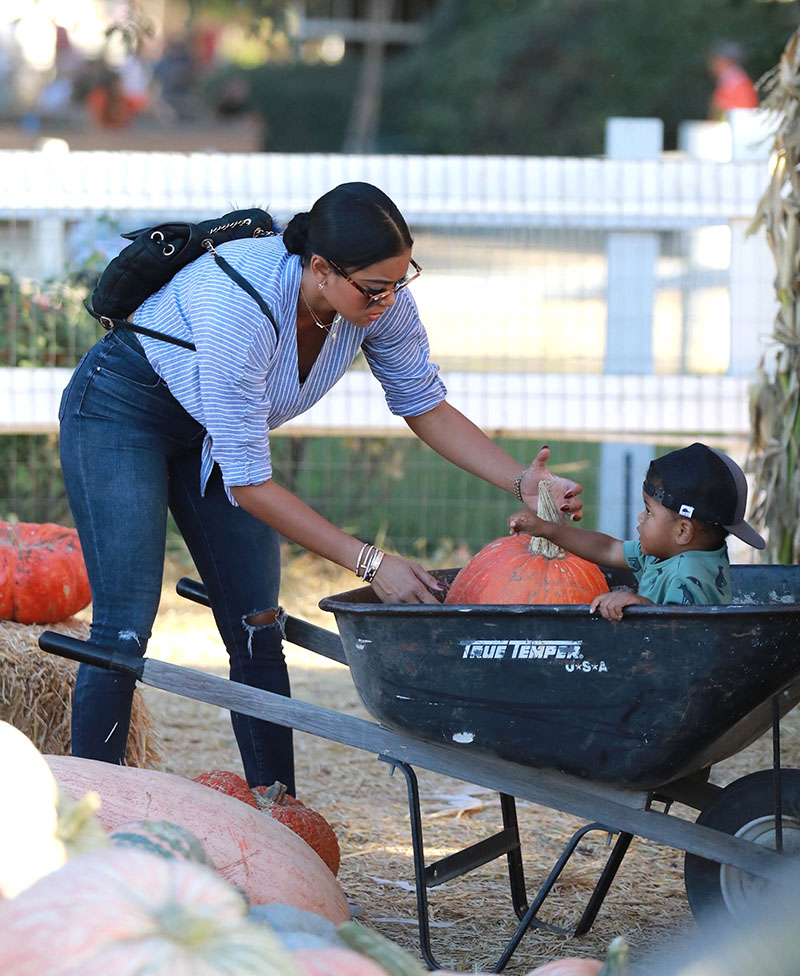 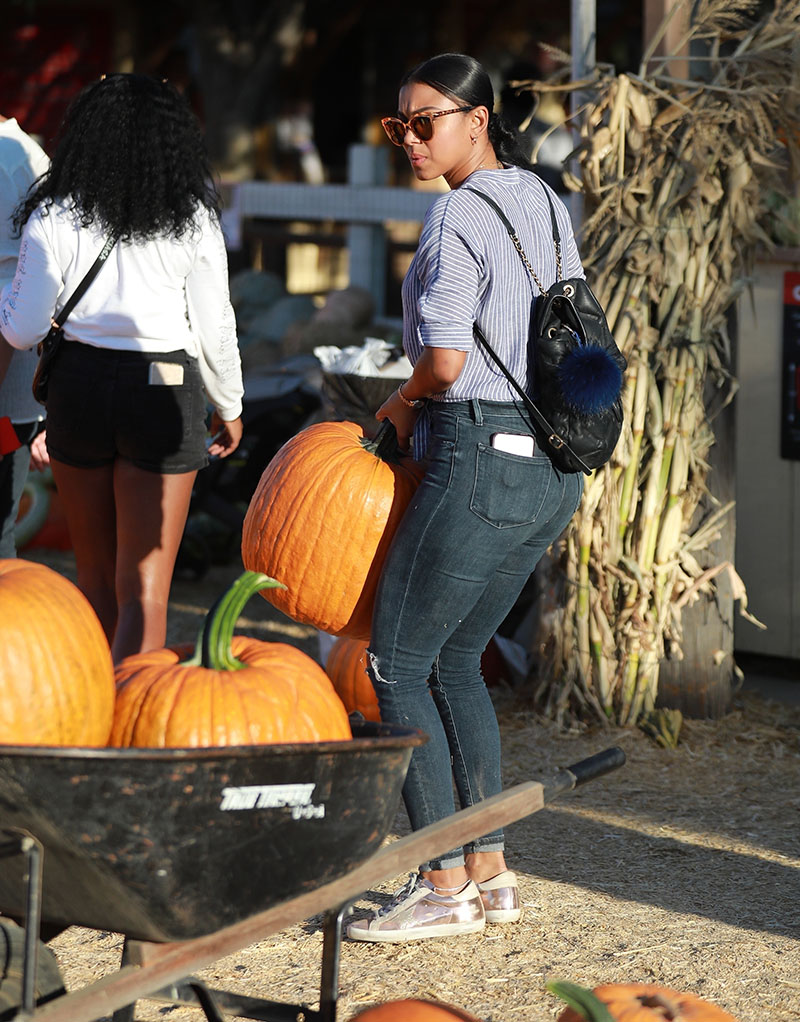 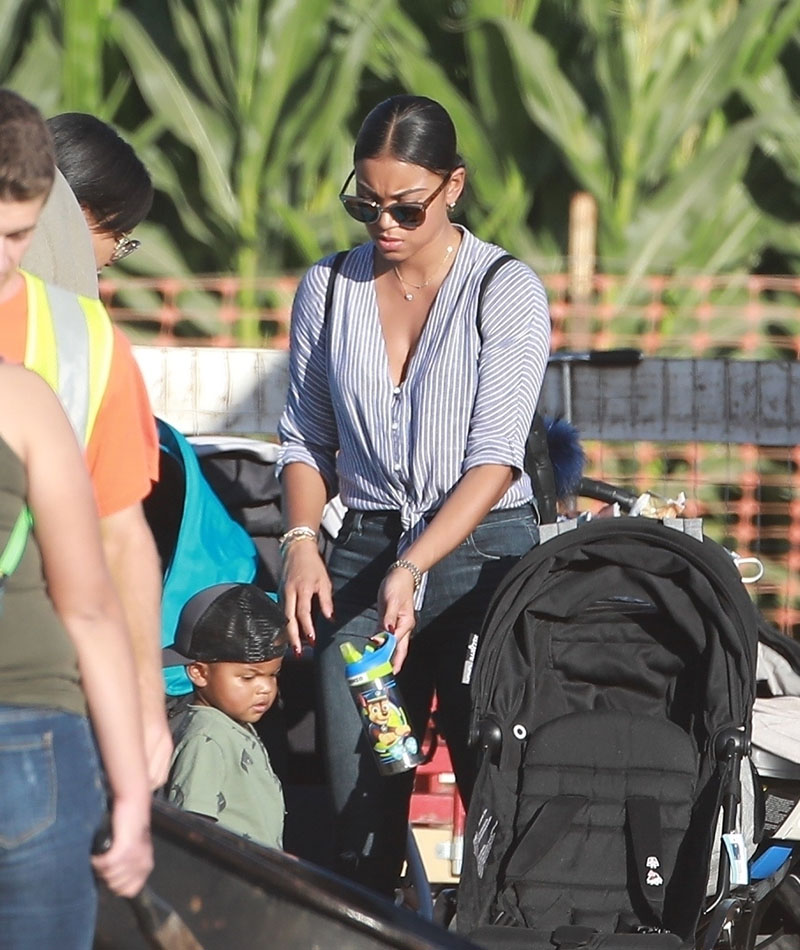 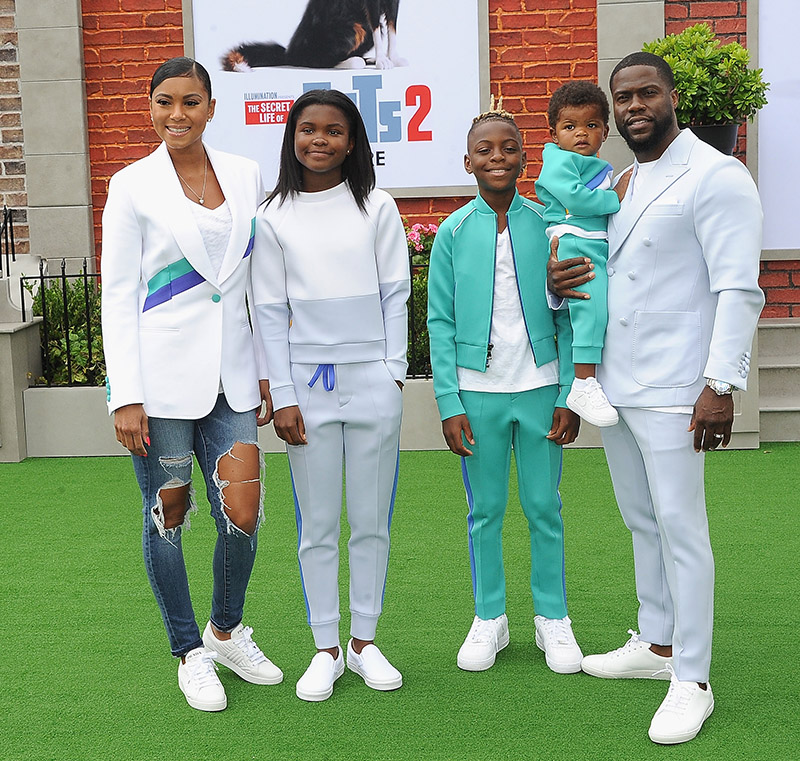 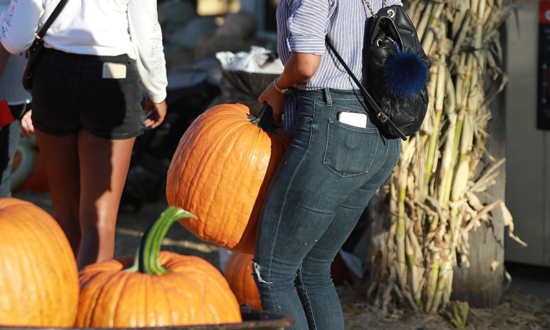 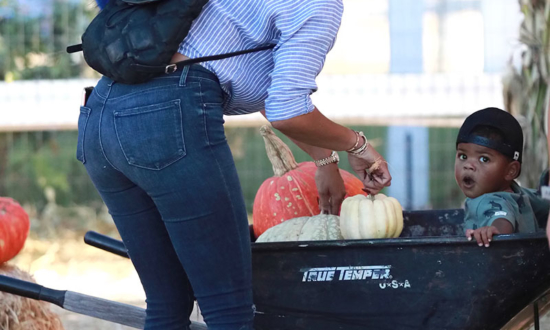 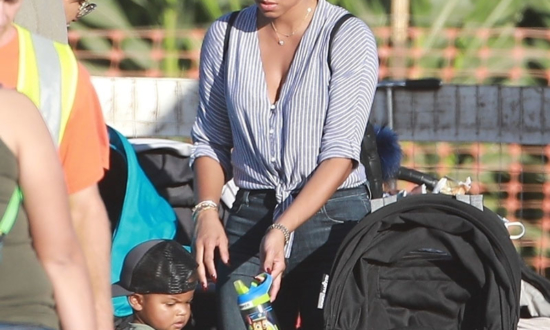 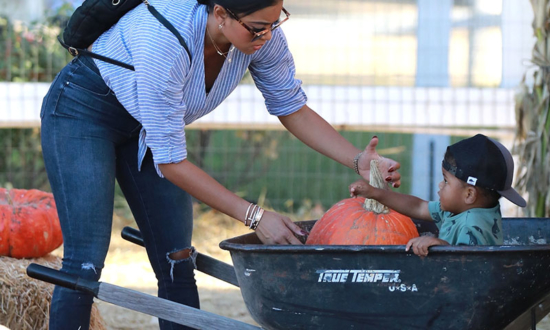 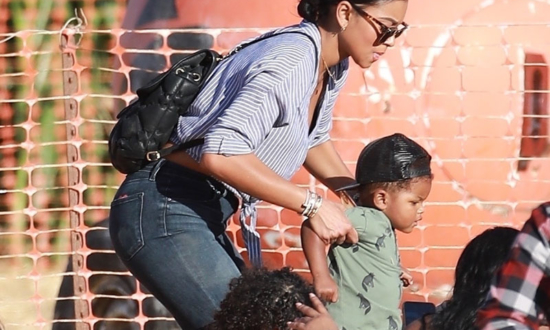 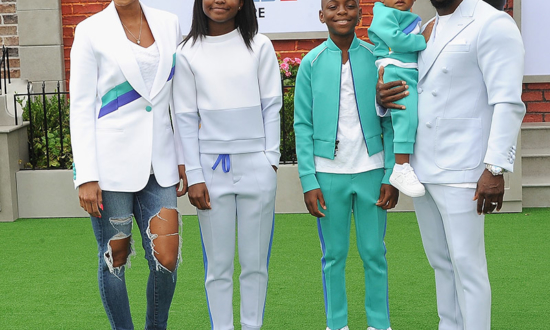 This image of a black family decked out in their Incredibles costumes brought tears to my eyes. Yes, 70% of black families are fatherless, but there are millions of single moms out there doing an incredible job raising their children.

END_OF_DOCUMENT_TOKEN_TO_BE_REPLACED

But Perry regrets his struggles to reach white audiences with his hit movies.

END_OF_DOCUMENT_TOKEN_TO_BE_REPLACED

Who knew pop singer Usher Raymond was an expert at carving out Halloween pumpkins? The 36-year-old father of 2 made Halloween a family affair by carving out pumpkins with his sons Naviyd Ely, 6; Usher Cinco, 7; and his wife Grace Miguel, 46.

END_OF_DOCUMENT_TOKEN_TO_BE_REPLACED

Bruce Jenner has inspired a new Halloween costume that is sure to be a big hit with the men folk this holiday season.

The 65-year-old former Olympian admitted his longtime fetish for feminine things in his cover story for Vanity Fair magazine.

Created by Anytime Costumes, the Caitlyn Jenner Adult unisex costume is an exact replica of the corset worn by Jenner on the now infamous cover of Vanity Fair magazine.

END_OF_DOCUMENT_TOKEN_TO_BE_REPLACED 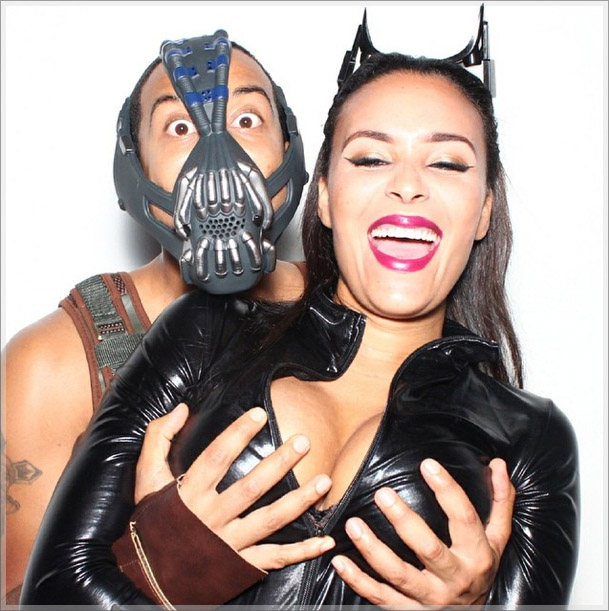 If Sandrarose.com had a Best Celebrity Halloween Costume Contest, Ludacris and Eudoxie would take the trophy for the best costume! Ludacris is Bane, the villain who first appeared in 1993's Batman: Vengeance of Bane #1. And his better half, the beautiful and wholly self-confident Eudoxie is Catwoman. No other celebrity costume even comes close to these two.

END_OF_DOCUMENT_TOKEN_TO_BE_REPLACED

Socialite Amber Rose was spotted shopping for the perfect pumpkin with her son Sebastian Taylor Thomaz at a pumpkin patch in Moorpark, CA. on Wednesday. The pair were seen strolling through Underwood Family Farms picking out a couple of small pumpkins and checking out the scenery.
Photos: Fern / Splash News

END_OF_DOCUMENT_TOKEN_TO_BE_REPLACED

A Chapel Hill Elementary school student was struck by a car and killed while trick or treating with her family on Halloween night.

The Atlanta Journal-Constituion reports 5-year-old Autumn Mack was trick or treating with a group of people, including her parents, when she skipped ahead of the group and was hit by a minivan.

The accident happened on Pepperdine Drive around 7 p.m., according to Atlanta police.

END_OF_DOCUMENT_TOKEN_TO_BE_REPLACED

Actors Jamie Foxx, center, and Quvenzhane' Wallis, right, posed with a rugged firefighter during a photo shoot for their upcoming movie 'Annie' in New York City. Quvenzhane' tried on a firefighter hat as she and Foxx took pictures at a neighborhood fire station.
Photo: Asadorian-Mejia/Splash News

END_OF_DOCUMENT_TOKEN_TO_BE_REPLACED

Reality TV star NeNe Leakes, who stars as "Rocky" on the hit sitcom show New Normal, dressed up as NBC Today Show host Matt Lauer for an upcoming episode. She doesn't look too pleased. Maybe it's because NBC doesn't know what to do with her character? NeNe, 45, is coming dangerously close to jumping the shark.

As you know, The New Normal is about a gay couple who decide to have a baby through a surrogate.