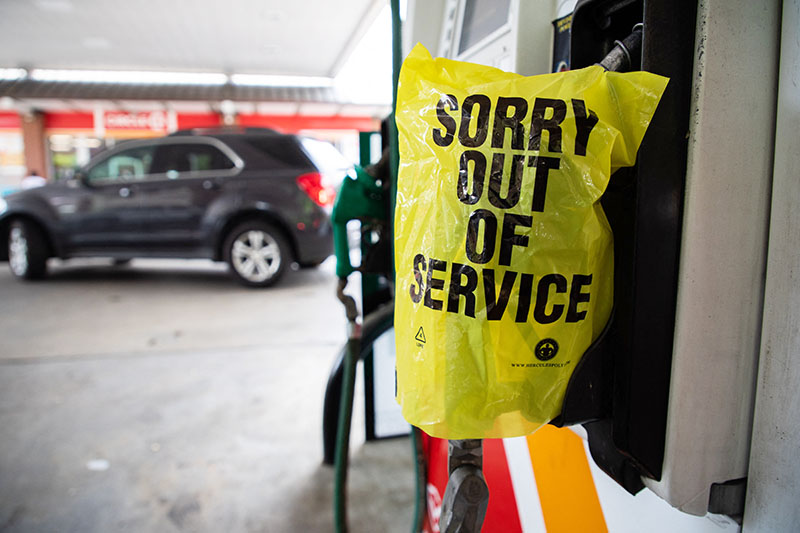 If you can't find gas in your city that's probably because your fellow Americans are hoarding gasoline in everything from garbage bags to inflatable swimming pools.

Florida, Virginia, Georgia and North Carolina declared states of emergency as residents panic buy gasoline, leading to severe gas shortages in the southeast. 1,000 gas stations in the south ran dry as a result of unnecessary hoarding.

When a state of emergency is declared during a gas shortage, the police are supposed to monitor gas stations to prevent hoarding.

People should be limited to 1 or 2 gallons of gas so the shortage doesn't worsen.

Twitter users posted photos of craven hoarders. Not only is filling trash bags with gasoline dangerous, it's also illegal.

Why do they need so much gas and where did they find those size gas cans? I know it's a shortage but is this really necessary. pic.twitter.com/UgNWJRCxu1

And this is how someone thinks they should get gas...? #gasshortage pic.twitter.com/XT7APSI9rM

No need to wonder why there's a #gasshortage on the east coast. Ole buddy had eight containers lined up at the Murphy across from Tanger 17 in Myrtle Beach. pic.twitter.com/RYBFLlQRyn

I hate it here. Signed, a person who actually needs gas and is on E. pic.twitter.com/odPTD8XBgc 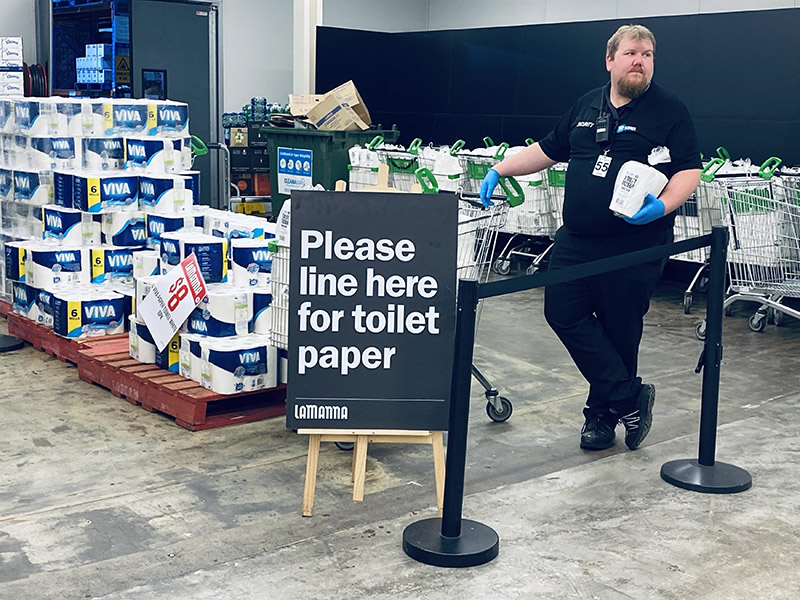 Security Guards stood guard over pallets of toilet paper at one grocery store in Melbourne, Australia over the weekend.

Toilet paper is a hot commodity in most parts of the world where the precious tissue paper is scarce.

The LaManna Supermarket received a shipment of Viva toilet paper rolls, and hired a security firm to stand guard over the coveted bath tissue.

The guards make sure shoppers line up in an orderly manner and each shopper is given a limit of two 6 packs of toilet paper.

Toilet paper is still scarce in parts of the United States, where selfish Americans are hoarding toilet paper to sell online for insane profits.

One woman bought every box of toilet paper from a Dollar Tree store location at 1213 S. Federal Highway in Pompano Beach, Florida on Monday.

"She bought it all and she thinks it's right and okay," said a bystander who captured video that showed the woman loading dozens of boxes of toilet paper, napkins, and paper towels into the back of her pickup truck. A total of 4,000 rolls of toilet paper.

The witness said the hoarder told her to "mind my own effing business!"

"They sold it to me," the shopper said.

"I hope you're not, like, gonna sell it to other people," said the witness. "I bet she likes Donald Trump too."

After the video went viral, the Miami Herald contacted the Virginia-based Dollar Tree corporation via email. A spokeswoman said:

"Dollar Tree has had a policy in place for more than a week limiting the quantities on select high-demand products sold per customer. Unfortunately, the policy was not followed in this specific instance and we have addressed it with the store team. We appreciate the hard work of all of our associates serving their communities during this unprecedented time."