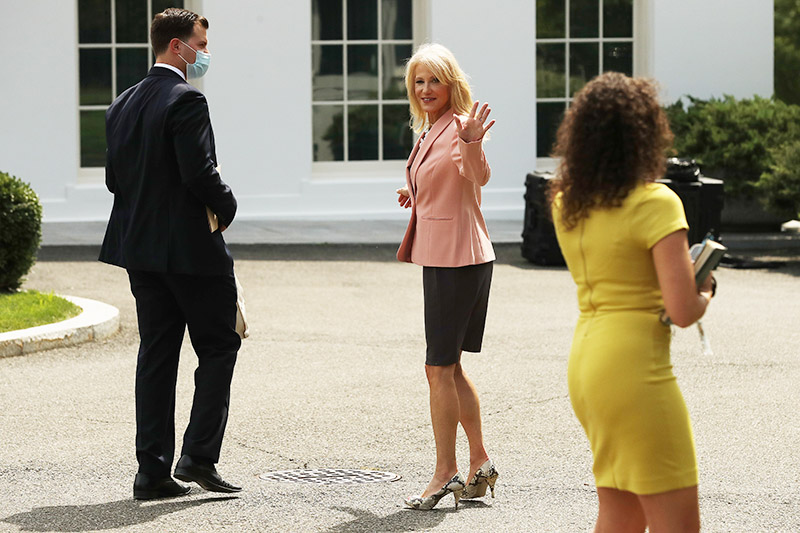 END_OF_DOCUMENT_TOKEN_TO_BE_REPLACED

Democrat Rep. Cedric Richmond was once well-respected. But he fell from grace when he cracked an off-color joke about White House consultant Kellyanne Conway.

END_OF_DOCUMENT_TOKEN_TO_BE_REPLACED

Kellyanne Conway checks her phone after taking a photo of President Donald Trump and leaders of black universities, colleges in Oval Office pic.twitter.com/MgVhCoJFuC

Kellyanne Conway can't catch a break. The senior consultant to President Donald Trump was taking photos of her boss in a meeting at the White House when all hail broke loose on social media.

The problem? Kellyanne put her feet on the sofa in the Oval Office.

END_OF_DOCUMENT_TOKEN_TO_BE_REPLACED

President Donald Trump threatened to withhold federal funding from the University of California at Berkeley after campus police stood idly by and watched as students rioted in response to a planned speech by Breitbart.com editor Milo Yiannopoulos.