Remember when CNN anchor Anderson Cooper made a fool of himself by standing in "flood waters" up to his waist during Hurricane Ike in 2008? A bystander snapped photos of Cooper's crew standing in a couple of inches of water - and a viral meme was born.

On Sunday, Jim Cantore, a meteorologist for The Weather Channel, went viral while covering Hurricane Ida as it slammed into Louisiana with 150 mph winds.

Cantore leaned into "heavy winds" and appeared to stumble and lose his balance several times during his live remote.

As he dramatically braced himself against the hurricane force winds, a guy cartwheeled behind him.

Jim Cantore in a helmet & a guy doing a cartwheel.
Weird times. pic.twitter.com/XjRrUuvon4

"Jim and the weather channel has turned storms to sensationalism for their network in the last 10 years.."

Another user tweeted: "this is why people don't trust the weathermen."

And a third person wrote: "Jim is the dr. Fauci of weather."

In more serious news, Hurricane Ida left a path of destruction along the Gulf Coast. More than 1 million residents are out of power in New Orleans after Hurricane Ida made landfall Sunday night.

Ida knocked out power in Louisiana and Mississippi and, according to estimates, the power could be out for 6 weeks or more.

High winds and flooding destroyed multiple buildings. A 60-year-old man was reportedly killed when a building collapsed on him.

Hurricane Ida was quickly downgraded to a tropical storm over southwestern Mississippi by Monday morning.

About 95% of oil and gas production in the Gulf Coast was shut down and gas prices are expected to rise in the area.

If you want to donate to recovery efforts, New Orleans officials recommend donating to United Way of Southeast Louisiana and The Greater New Orleans Foundation.

The American Red Cross said they have opened dozens of shelters across the state.

You can donate to the Red Cross here.

A kidnapped 10-year-old girl was rescued thanks to two quick-thinking sanitation workers in Louisiana.

Dion Merrick and Brandon Antoine, who work for Pelican Waste, were working their regular shift Monday morning when they spotted a car matching the description of a sedan in an Amber Alert.

Authorities issued an Amber Alert for a 10-year-old girl reported missing by her family on Sunday.

When Merrick and Antoine spotted the sedan in a field on Monday, they pulled over their garbage truck on the wrong side of the highway to block the vehicle in and called 911.

Merrick streamed their heroics on Facebook Live and captured police taking the suspect into custody near St. Martin Parish.

The two men are being hailed as heroes for their quick action.

"I feel blessed just to find her alive and everything," Merrick told CBS News on Wednesday. "It's just a wonderful feeling."

"Something told me, like just look, I said 'what is that car doing in that field like that?'... Guess what, that's the dude with the little girl," Merrick said in his video. "That's God."

Merrick and Antoine, who are both fathers, say it was their duty to help the child.

"It was just one of those things you just had to do," said Merrick, a Navy veteran and father of two.

Both men were praised by their company and the local police chief offered to buy them lunch. The story made global headlines.

The suspect was identified as 33-year-old Michael Roy Sereal and he was arrested for aggravated kidnapping, police said.

Hundreds of parishioners ignored a ban on large public gatherings to attend morning services at Life Tabernacle Church in a Baton Rouge, Louisiana suburb on Sunday.

1,265 attended morning services on church grounds in the state of Louisiana, where 3,500 residents tested positive for the Covid-19 virus that can cause a potentially fatal pneumonia in men, the elderly, people with chronic medical conditions, and smokers.

Pentecostal preacher Tony Spell, 42, stood in defiance of the governor's ban on large public gatherings amid the coronavirus pandemic.

Seven people were baptized on Sunday, and 10 parishioners were filed with the Holy Spirit and spoke in tongues. Tears streamed down their faces as they accepted Jesus Christ as their Lord and Savior.

Louisiana Gov. John Bel Edwards banned gatherings of more than 50 people earlier this month. He issued a stay-at-home order on March 22. Most churches and synagogues complied with the orders, but Rev. Spell continues to hold services at Life Tabernacle.

Only about 10% stayed away from services on Sunday, including Rev. Spell's own 90-year-old father who in self-quarantine at home. 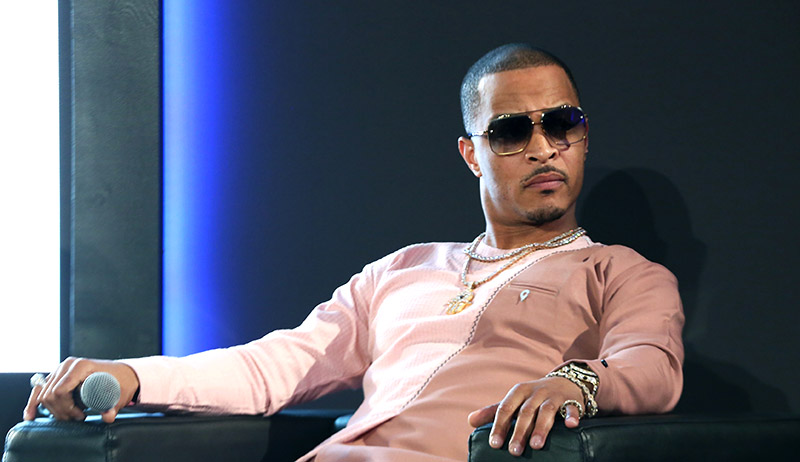 A female robbing crew used mace and a stun gun to rob a Victoria's Secret boutique in Mandeville, Louisiana Tuesday night. Surveillance video shows the women boldly walking out of the store carrying $1,500 worth of merchandise.

When workers tried to stop them the thieves used a stun gun and mace to overpower the workers.

END_OF_DOCUMENT_TOKEN_TO_BE_REPLACED

The NY Post shines a spotlight on America's media collusion to bury Donald Trump and help Hillary Clinton win the election in November.

There is no better example of the media's partisanship than the coverage of Trump's visit to flood-stricken Louisiana while Obama played golf on Martha's Vineyard last week.

END_OF_DOCUMENT_TOKEN_TO_BE_REPLACED

Trump kept his promise to tour the flood-ravaged areas of Louisiana where 13 people died and more than 85,000 people are homeless.

END_OF_DOCUMENT_TOKEN_TO_BE_REPLACED

She told the Associated Press that Louisiana was so welcoming to her when she toured there.

END_OF_DOCUMENT_TOKEN_TO_BE_REPLACED

As Baton Rouge police officers went about their normal routines on Sunday morning, they didn't know that a trained killer was stalking them.