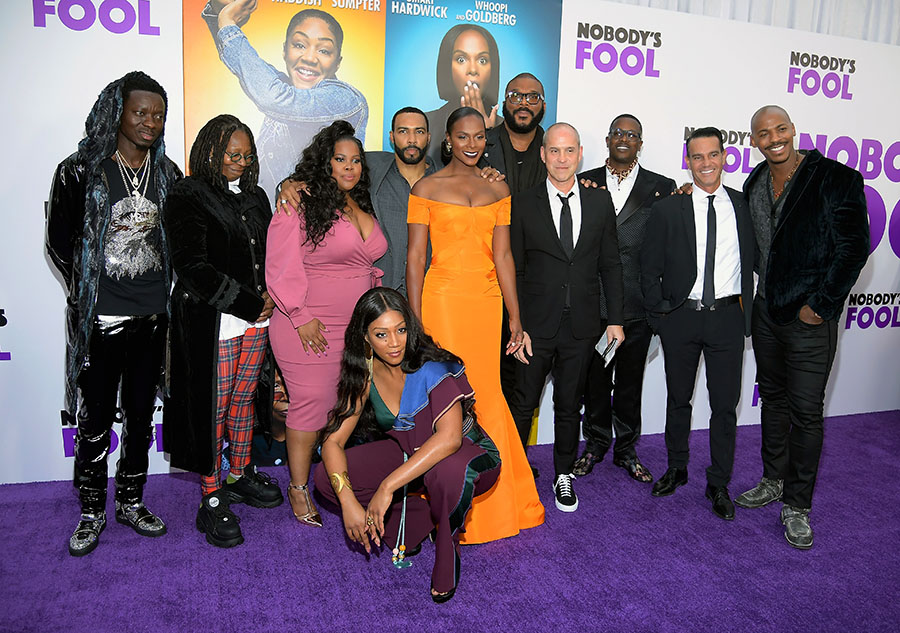 END_OF_DOCUMENT_TOKEN_TO_BE_REPLACED

What straight man cares if gays get married or not? True Blood actor Mehcad Brooks told Honey magazine in a recent interview that he is putting off his own nuptials until all gays can be married as well.

I want a wife, I want kids. The whole thing. But I’m also not even concerned with marrying somebody until it’s legal for everybody to get married. And what I mean by that is the whole Prop 8 thing. I find it really offensive. I just find it really problematic when you start throwing people’s rights away. Until we get our gay brothers and sisters back into a realm of consciousness that everyone else is in, it’s just not right. A woman who’s getting married — it’s probably going to be a gay man who made her dress, and a gay man who’s doing her hair and makeup, but he can’t get married. How messed up is that?"

He sounds very suspect to me. Especially in that article on Honeymag.com. The writer is obviously from Atlanta because she sounds so desperate. He deflects all of her questions about sex and women (except for famous ones of course). Everything about Mehcad screams GAY!

My personal opinion on gay marriage is if you're gay and you want to get married, do it. But we shouldn't force our lifestyle on heterosexuals. My 80-year-old mom does not want to see men marrying men or women marrying women in her church. It's a matter of respecting the rights and religion of others.

Furthermore, priests should not be forced to perform gay marriages if it is against their religion. Civil unions makes more sense in this case. That's my personal opinion and I'm entitled to it.

Yes, Virginia, there is a black vampire -- and he's a sexy one too! 28-year-old Mehcad Brooks hit the jackpot when he was cast as "Eggs" Benedict Talley in HBO's True Blood. If Mehcad looks familiar it's because you've probably seen him in the swimming flick Glory Road, and cast opposite Tia Mowry in CW's defunct The Game in 2008. He also appeared on ABC's Desperate Housewives.

Mehcad has brains and brawn. Plus, he's a former male model with no suspicious down low activity reported on his background check. Get in where you fit in ladies!