Posts Tagged: news of the weird

It’s this part for me. pic.twitter.com/4obEyXOS70

A Twitter debate is raging after photos went viral showing a Black man proposing to his white girlfriend in the middle of a cotton field.

The photos caused an uproar among Black women for various reasons -- the most obvious reason is the image of a white woman choking a Black man while kissing him in a cotton field.

The person who took the photos knew they would go viral due to the current economic and racial disparities Black men face in America.

The images also caused discord among Black women who are forced to contend with other races stealing their men.

In a cotton field? pic.twitter.com/u5kGNfLSxF 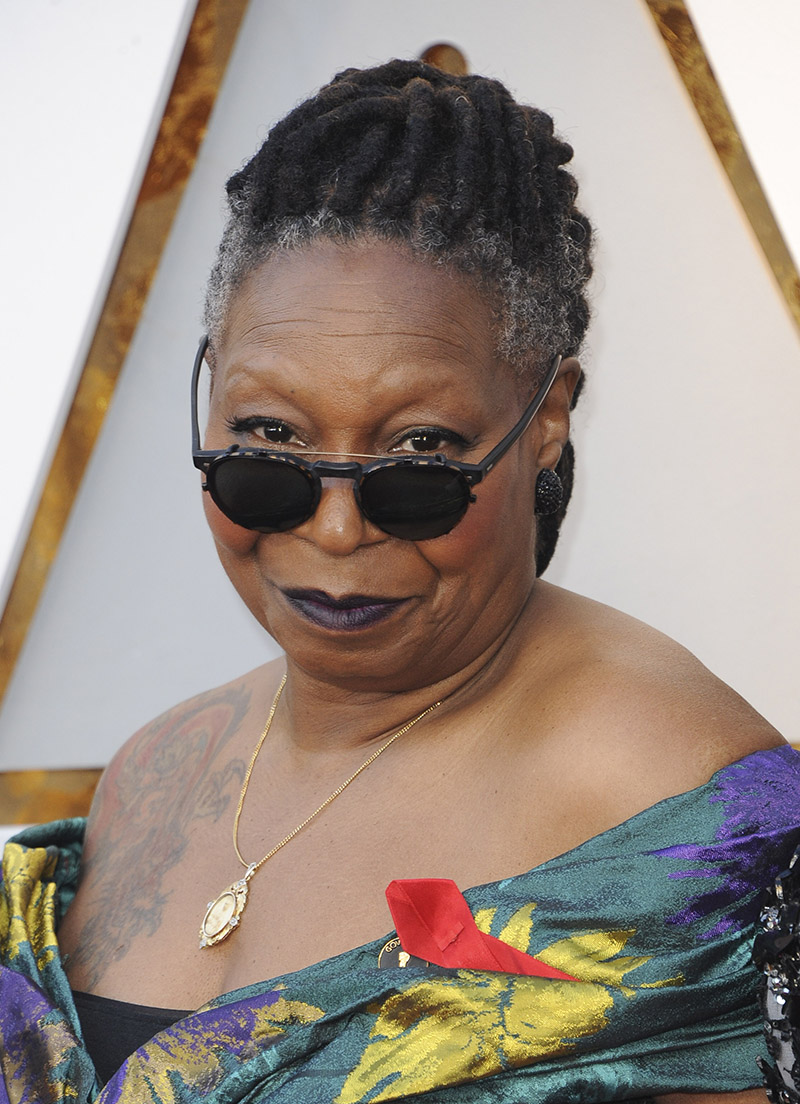 Whoopi Goldberg hasn't had eyebrows in decades. No one paid attention because Whoopi's missing eyebrows weren't a big priority.

But the internet just noticed, and they're demanding to know why Whoopi's lack of eyebrows managed to escape their scrutiny until now. 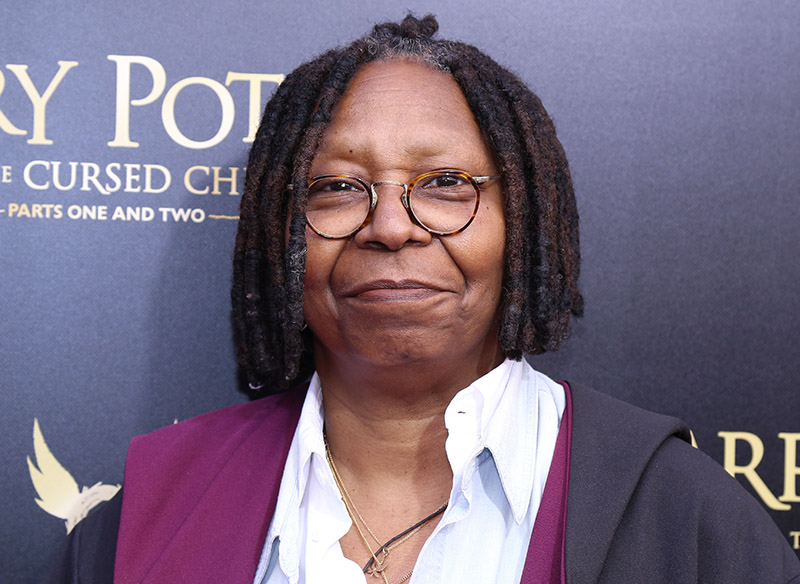 No, Whoopi doesn't have a skin disorder and she didn't lose her lashes.

In a 2016 interview with VH1, Whoopi, 65, said she doesn't want hair on her face. So she shaves everything, including her wispy mustache and eyebrows. She even plucks her nose hairs.

It doesn't bother Whoopi that you didn't notice. That's the whole point of her shaving her eyebrows -- so you wouldn't notice.

By the way, eyebrows may seem pointless to people like Whoopi, but they're actually very beneficial to humans. 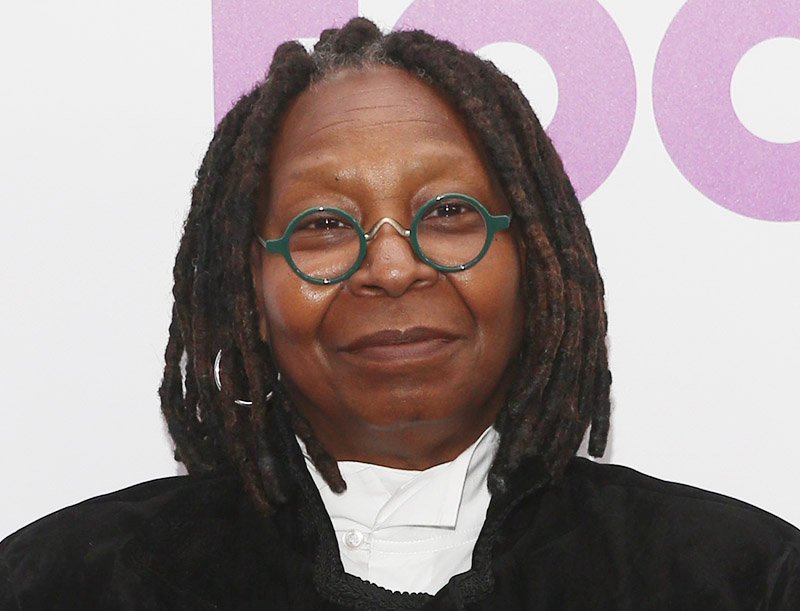 Eyebrows also help us communicate our feelings to others. Furrowed eyebrows lets others know you're mad or upset about something. Raised eyebrows could mean you're curious or surprised. And one raised eyebrow means you're ready for a good time.

So don't discount the lowly eyebrow as insignificant. God put eyebrows on your face for a good reason.

Amari Dancy thought she chose the perfect hiding place during a game of hide and seek with her cousins while on coronavirus lockdown in her Virginia home.

The 18-year-old chose to hide in a washing machine but the game ended when she got stuck in the machine and was unable to free herself.

"We already had hid underneath the bed, in the closet, and we couldn't go down to the basement," Dancy told NBC News.

Medics and the Prince Williams County Department of Fire and Rescue arrived to help rescue Dancy from the machine on Sunday, according to NBC News.

The heroes removed the machine's top and yanked Dancy out of the machine just before midnight Sunday.

Video from the rescue operation made its way to social media where Dancy became an overnight star and racked up a few hundred new followers.

"I just wanted to be out of there," she said.

Julianne Hough left her fans stunned as she underwent a bizarre energy treatment in Switzerland on Wednesday, Jan. 22. Hough, who was in Switzerland to attend the World Economic Forum in Davos, demonstrated the unorthodox treatment that looks similar to an "exorcism". 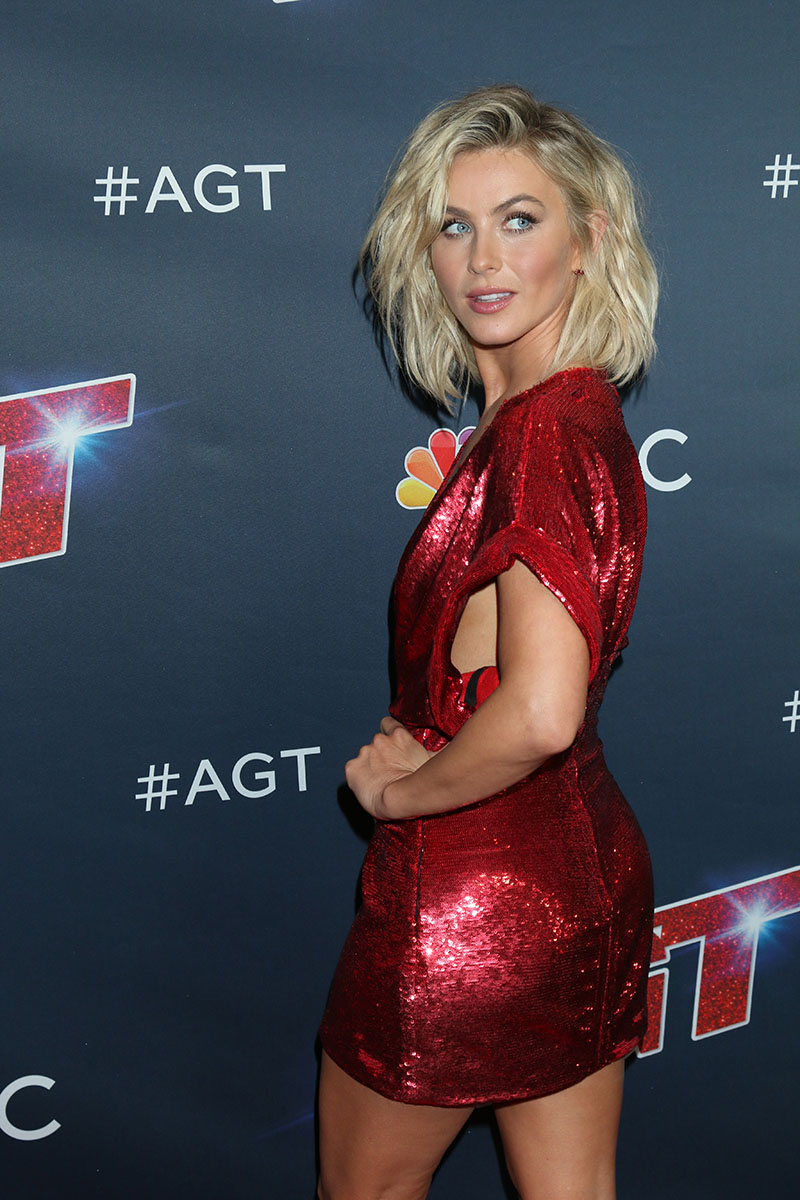 A video of the dancer and actress receiving the treatment, known as Network Spinal Analysis, was shared on Instagram by blogger Jackie Schimmel, WENN.com reported.

In the clip, Julianne lay on a massage table as Dr. John Amaral demonstrated the therapy, waving his arms over her body and touching her lightly on the neck and buttocks.

"There's always a huge dissipation of energy and a feeling of relief release," Dr. Amaral explained.

As he touched her, Julianne began uncontrollably screaming, as her body contorted dramatically and her legs flexed.

Gonna tell my kids this is “The Exorcist”... (Policy Guidline Disclaimer: I aspire to such flexibility and mind body connection and hope to have similar orgasmic experience at Kinrgy. Love and light.)

Dr. Amaral explained what was happening:

"When energy was stored and bound up in the muscles, it gets to dissipate, and if we're really free to express and allow energy that's been bound in our bodies to move through - this woman is like, an incredible dancer, actress, just, human being, and she has practiced just allowing things to move through."

The former Dancing With the Stars judge was later seen thrusting her hips and raising her arms energetically in the air as she demonstrated how to "throw negative energy away”.

TAKE. IT. AND. THROW. IT. I’m perplexed about the negative energy transporting to our hips? But I’ll lean in. Diane Sawyer could never with this elite level of journalism. Not all heroes wear capes, some wear ecru midi shirt dresses. Get it girl.

But not everyone was convinced of the benefits of the energy dispersal therapy, which some called "quackery."

Among those to voice their concern after watching the clip was comedienne Heather McMahan, who commented: "Upon viewing this video for the 45 time it is in fact a demon coming out of her butthole."

But Julianne's brother Derek Hough was quick to defend his sibling, writing: "This stuff looks whacky and crazy but diving into it with the understanding of pure energy is a pretty wild experience. Maybe ahead of its time but worth an open mind."

END_OF_DOCUMENT_TOKEN_TO_BE_REPLACED

Tiffany Whyte claims she is the secret daughter of the 50-year-old pop icon and her ex-husband James DeBarge. But why doesn't anyone take her seriously? Whyte and Jackson could easily pass for twins… right?

END_OF_DOCUMENT_TOKEN_TO_BE_REPLACED

A naked male model who brought traffic to a standstill in Times Square on Thursday was formally charged by the NYPD on Friday.

Krit McClean, 21, disrobed and screamed obscenities at pedestrians and police from his perch atop a ticketing booth in Manhattan.

END_OF_DOCUMENT_TOKEN_TO_BE_REPLACED

A naked man stopped traffic in Times Square on Thursday after he clambered atop a ticket booth and refused to come down.

The man, who was later identified as a 21-year-old male model, was observed pacing and shouting near the Disney store at 46th Street at 8 a.m.