Presidential hopeful Kanye West reportedly asked his staff to refrain from "fornicating" outside of marriage.

The unusual request is part of Kanye's morality clause to establish proper employee conduct on and off the job.

According to a former staffer, Kanye portrays himself as a godly man with high morals, and he expects no less from the people who work with him.

According to the NY Post, Kanye has made abortion a central focus of his campaign for president.

"You can't do that. I don't want to ban or stop or point fingers at anything," said the father of four, who pledged "stipends for families that need support, creating orphanages that are really high-level desirable for people to go to, and the redesign of communities and cities in general to be supporting of families."

The rapper is so committed to reducing abortion rates, that he asked his campaign staff to refrain from "fornicating" outside of marriage, a source told the NY Times. 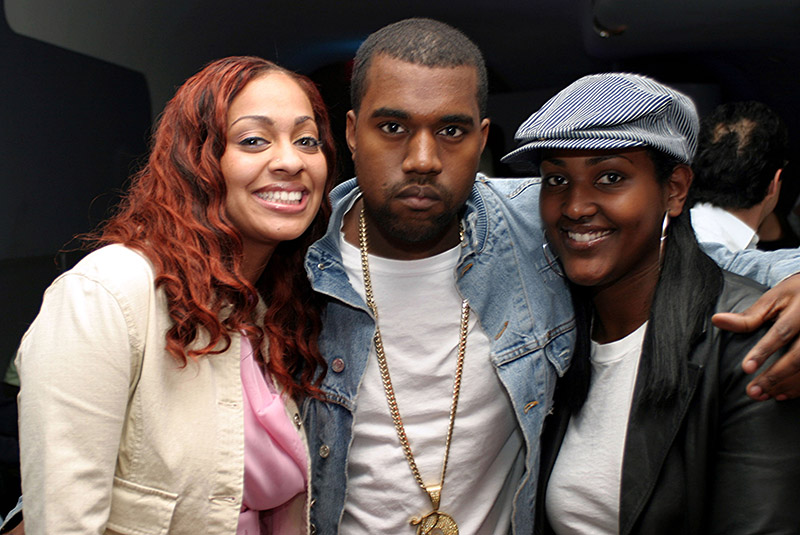 The future politician is pictured in 2003 with La La Anthony (left) and Motown exec Ethiopia Habtemariam at a surprise party for Jay Z in NYC.

Most political analysts and polls agree Donald Trump was the clear winner in the first head-to-head presidential debate against Hillary Clinton on Monday night.

The first ominous sign that things wouldn't go well for Clinton was her name misspelled on the debate tickets. Instead of Hillary Clinton, a Trump supporter misspelled her name "Hilary" Clinton.

END_OF_DOCUMENT_TOKEN_TO_BE_REPLACED

Well, Sterling, 34, has officially kicked off his campaign for mayor of Atlanta to succeed outgoing Mayor Kasim Reed.

END_OF_DOCUMENT_TOKEN_TO_BE_REPLACED

Vice President Joe Biden averted a near disaster when he caught Hillary Clinton before she fell onstage at a rally on Monday in Scranton, Pennsylvania.

Clinton, 69, had just introduced Biden to the audience when she stepped backwards and slipped. Biden caught her elbow and steadied Clinton as she laughed nervously.

END_OF_DOCUMENT_TOKEN_TO_BE_REPLACED

IF Donald Trump wins the presidential election in November, there will be at least one prominent black woman in his cabinet.

END_OF_DOCUMENT_TOKEN_TO_BE_REPLACED

FBI Director James Comey held a news conference today to clear Hillary Clinton of any criminal intent relating to her use of illegal personal servers.

END_OF_DOCUMENT_TOKEN_TO_BE_REPLACED

Until Friday, no member state had ever voted to leave the EU.

END_OF_DOCUMENT_TOKEN_TO_BE_REPLACED

Hillary Clinton is caught up in yet another huge scandal related her clandestine email server.

Good Morning America dropped a bombshell on the Clinton campaign this morning.

END_OF_DOCUMENT_TOKEN_TO_BE_REPLACED

Mayor de Blasio thought the skit mocking black people would be funny since he's married to a black woman. But it didn't go over well with his black constituents.

END_OF_DOCUMENT_TOKEN_TO_BE_REPLACED

Trump, 69, easily won Florida, scooping up all of the state's delegates while ousting Florida Sen. Marco Rubio in one fell swoop. But he lost Ohio's delegates to Ohio Governor John Kasich.

END_OF_DOCUMENT_TOKEN_TO_BE_REPLACED

Donald Trump is poised to clinch the Republican nomination if he wins Florida and Ohio's delegates in tonight's "Super Tuesday" elections.

Trump holds a 2-1 advantage over his closest competitor Marco Rubio at 43%, followed by Ted Cruz at 21%. He also holds a 90-delegate advantage going into Tuesday.

END_OF_DOCUMENT_TOKEN_TO_BE_REPLACED

On Sunday's NBC’s “Meet the Press,” Trump reiterated his promise to pay the legal fees of a man who slugged a black protester at a rally in N.C.