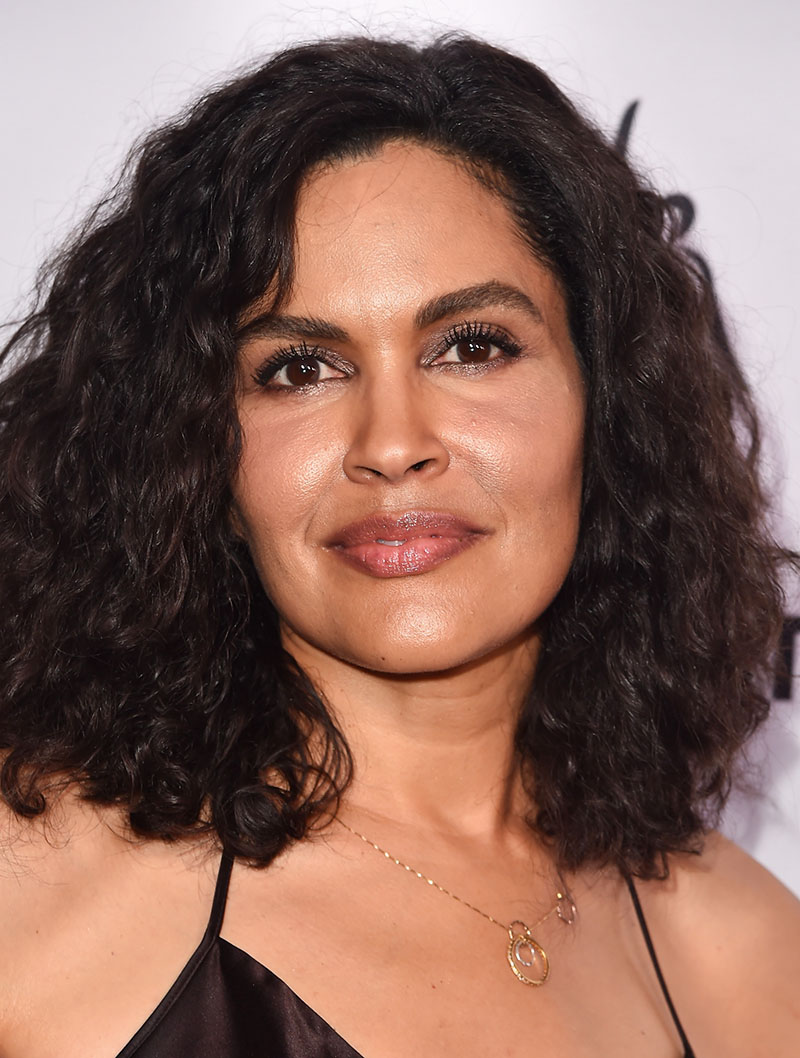 Since all 19 defendants had business ties in Atlanta or live in Atlanta, they were charged by the U.S. Attorney's Office in the Northern District of Georgia.

The separate indictments linked the fraudulent PPP loan applications to a single Atlanta-based businessman who was paid a fee for each successful loan.

Overman, 45, is best known for her roles as Det. Elena Ruiz in CBS' Wisdom of the Crowd, Candace Jewell in The L Word (pictured with Jennifer Beals), and as Linda, Derek Luke's fiancée in Tyler Perry's Madea Goes to Jail.

She also had a recurring role as Maria Scott in Desperate Housewives.

Mark C. Mason Jr., of Atlanta, was charged separately in the six other lawsuits as an "unindicted co-conspirator," according to court documents obtained by the AJC.

If the loans applications were successful, Mason assessed a "success fee" of between 2-5%, the documents said.

One of the defendants, Melissa Myrick, who worked for the IRS, allegedly supplied Mason with signed PPP applications that contained blank spaces for the number of employees.

Mason reportedly filed in the missing information after speaking with the other defendants.

Christmas came early for a self-professed "Haitian entrepreneur" who fleeced the government's pandemic relief PPP program to enrich himself.

Barosy, 27, flaunted his ill-gotten gains on his deleted Instagram page where he amassed over 10,000 followers.

In one photo, Barosy, of Ft. Lauderdale, posed outside a private jet. In another photo, he is seen exiting his white Lamborghini.

The Haitian-born businessman sought publicity as a self-made millionaire and immigrant success story.

After arriving from Haiti a decade ago, Barosy worked his way up from an employee at Walmart to "regional Vice President" of his credit repair company that earned over $3.6 million in sales.

Barosy and his accomplices received approximately $2.1 million in PPP loans, according to the U.S. Attorney's Office for the Southern District of Florida.

Federal agents raided Barosy's home and business and seized a Lamborghini Huracán, valued at over $150,000, Rolex and Hublot watches, and designer clothing from Louis Vuitton, Gucci and Chanel.

Barosy is being held in a federal detention facility without bond. He faces up to 132 years in prison if convicted on all charges.

According to the federal government, over $1 billion in Covid relief funds have been stolen from the PPP program.

Florida is the nation's No. 1 fraud capital, with over $340 million in stolen funds going to that state alone.

Jason Lary, the Mayor of Stonecrest, Georgia, was arrested and arraigned on federal charges of wire fraud related to the theft of federal PPP relief funds.

Lania Boone, a bookkeeper hired by the city to disburse the funds, was also arraigned on federal charges of conspiring with Lary to steal PPP funds.

The funds were provided to the city of Stonecrest to address the city's economic needs amid the Covid-19 pandemic in 2020.

A total of $6 million was allocated to Stonecrest for face masks, Covid-19 education and testing, and rent relief.

The funds were distributed to churches, non-profit organizations and small businesses along with instructions to give contributions to entities Lary controlled.

For example, Lary presented a check for $150,000 to one church with instructions to give $50,000 to an entity called Real Estate Management Consultants, LLC (REMC).

Lary allegedly didn't tell the church that he controlled REMC.

Lary reportedly diverted funds to his own bank accounts to pay his taxes and to pay off the mortgage on his lakefront home.

"Lary allegedly abused the power and trust conferred on him as Mayor of Stonecrest to steal hundreds of thousands of dollars intended for COVID-19 relief," said Acting U.S. Attorney Kurt R. Erskine. "Instead of providing aid to Stonecrest's deserving citizens, Lary allegedly diverted funds for his own use, including to pay off his taxes and the mortgage on his lakefront home." 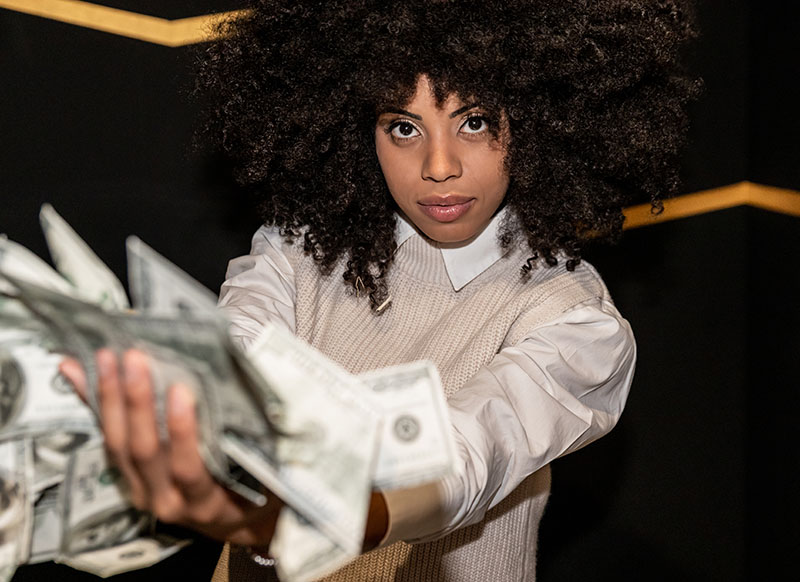 An Instagram model with three children to support is pleading with Internet users to donate money to GoFundMe to help her repay a PPP loan.

Millions of Americans were also approved for loans for small businesses that only exist on paper or in their minds. 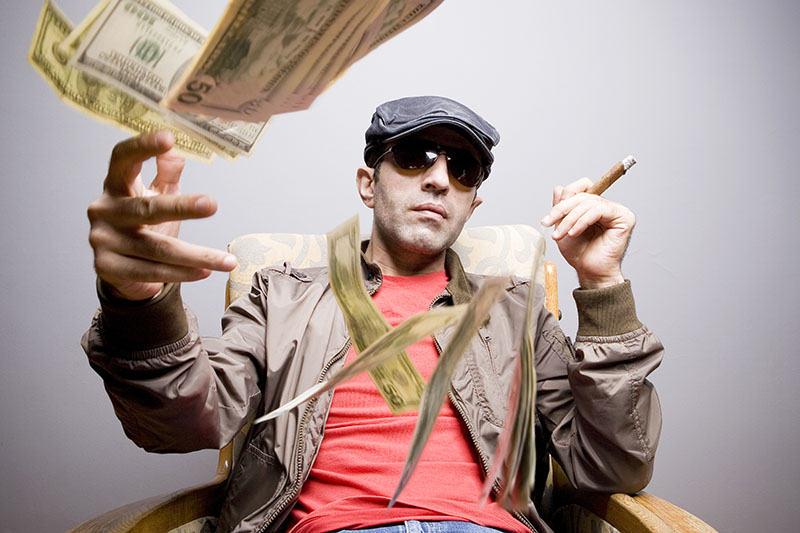 Those fraudsters are now scrambling to find the cash to repay the loans or buy time to avoid prison.

In an update on Monday, she wrote: "Keep the donations coming y'all my kids need me out here frfr [sic]." 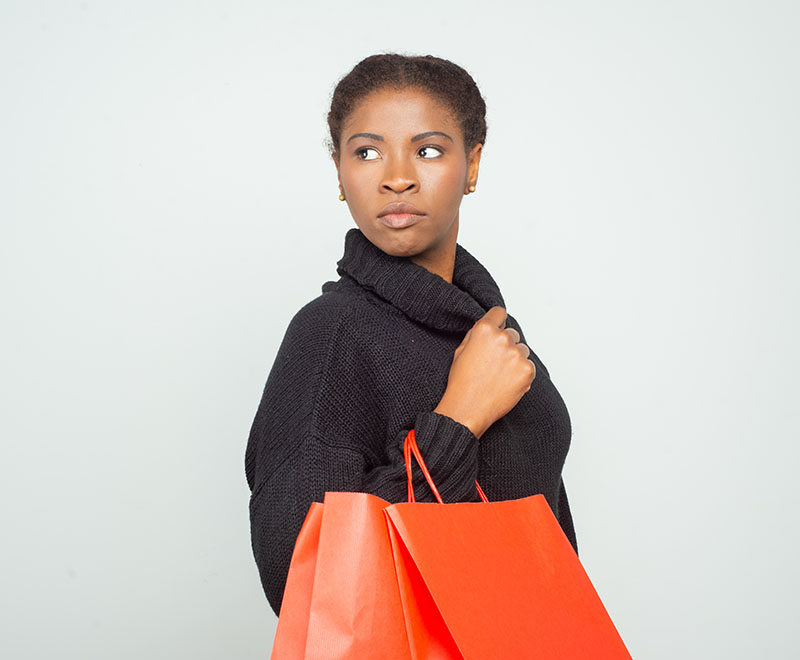 In Georgia, hundreds of people have already been charged with submitting false claims to exploit taxpayer funded pandemic relief programs.

On March 24, ten people in Georgia, Washington DC and Maryland were arrested and charged with working as a group "to submit fraudulent loan applications on behalf of non-existent businesses as part of the Economic Injury Disaster Loan (EIDL) program and the Paycheck Protection Program (PPP)."

The defendants include 38-year-old Alicia Quarterman of Fayetteville, Georgia, who received $490,000. And Katrina Lawson, a former deputy sheriff for Fulton County, Georgia, who obtained at least $224,000 in PPP loans.

"The defendants allegedly abused both programs by submitting fraudulent applications and obtaining thousands of dollars that should have gone to support struggling businesses," wrote Acting U.S. Attorney Kurt R. Erskine in a statement. "We will work tirelessly to protect the integrity of the EIDL and PPP and to help small businesses stay afloat."

The Polk County Sheriff's Office announced the arrest of an 11th suspect who received $2,000 in federal CARES Act Funds intended for residents who were financially impacted by Covid-19.

Saget Genoret, 33, a Publix employee in Lakeland, was arrested after he used a falsified letter on a Publix letterhead to apply for the $2,000 benefits. Genoret claimed Publix cut his hours due to the pandemic.

TIrado didn't apply for funds herself, but she allegedly falsified a letter for a McDonald's worker whom she "felt sorry" for.

Authorities say Chaney didn't qualify for the funds she received.

"[Tirado] felt sorry for her employees," Judd explained. "Thought they could use some extra money so she dummied up a letter for one."

The form was then altered to remove Chaney's information and copies were handed out to employees at Publix, a literacy program, and the Scott Lake Health & Rehabilitation.

"In some instances," Judd said, "they took signed forms, scanned them in... and then wrote the information in. interestingly enough, in one of them, they spelled Phyllis' name wrong."

Judd added: "Yesterday, when we started arresting people, if you were in line at McDonald's, and you got your hamburger and it was cold, it's because we were arresting people."

The investigation, which began in June, is still ongoing. Judd said more arrests are expected. He issued a word of warning to anyone who stole money from the CARES Act: "If I were you, I would beat feet down to the county and give that money back before we figure it out."

He said the judge is more likely to be lenient with those who returned the funds before sheriff's deputies show up at their door with arrest warrants.

The suspects were charged with Obtaining Property by Fraud, Grand Theft, and Criminal Use of Personal ID.

One man, Mervin Suttle, 36, of Bartow, was also charged with fraudulently receiving food stamps and unemployment.

Another suspect, Patricia Taylor, 38, of Lakeland, worked as an LPN at a nursing home.

All of the suspects lost their jobs following their arrests.

The feds are cracking down on Georgia employees who submitted fake medical excuse letters that claim they fell ill after testing positive for Covid-19.

Santwon Antonio Davis, of Atlanta, was charged with wire fraud for emailing a phony Covid-19 medical excuse letter to his employer in May 2020.

Davis, 35, also pleaded guilty to bank fraud related to the scheme to defraud a mortgage company while he was out on bond for the Covid-19 wire fraud charge.

"The defendant caused unnecessary economic loss to his employer and distress to his coworkers and their families," said U.S. Attorney Byung J. "BJay" Pak. "We will take quick action through the Georgia COVID-19 Task Force to put a stop to Coronavirus-related fraud schemes."

Chris Hacker, Special Agent in Charge of FBI Atlanta, said Davis caused "undue harm to the company he worked for and their employees," after the corporation sent employees home and shut down the Atlanta facility for cleaning.

Employees were paid to stay home - a loss in excess of $100,000 to the corporation, according to the U.S. Attorney's Office in the Northern District of Georgia.

According to the complaint, the defendant was hit with an additional charge for submitting fraudulent documentation to obtain benefits from his employer prior to the Covid-19 outbreak.

Davis allegedly submitted a paid bereavement leave claim for the death of his child in the fall of 2019. But a subsequent investigation determined the child did not exist.

Davis' arrest is among the first in Covid-19-related employee fraud investigations currently underway in Georgia.

This case is being investigated by the Federal Bureau of Investigation (FBI) with assistance from the U.S. Department of Housing and Urban Development Office of the Inspector General.

"The FBI and our federal and state partners remain vigilant in detecting, investigating and prosecuting any fraud related to this crisis we are all facing," said Hacker.