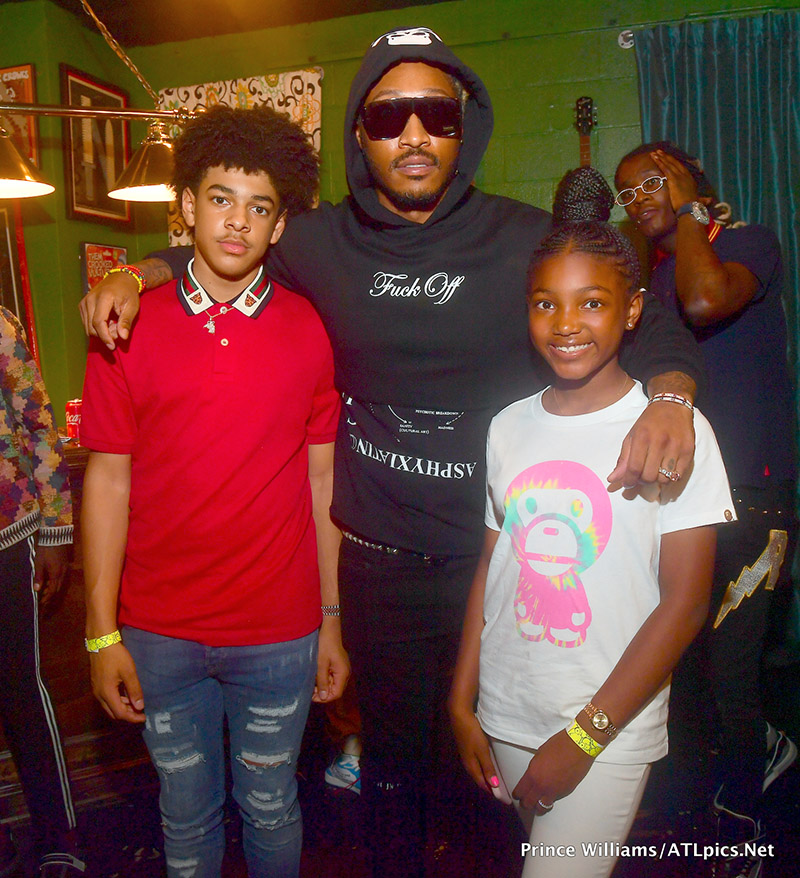 A post shared by Celebritea Entertainment News (@thacelebriteaofficial) on May 1, 2017 at 1:03pm PDT

Chris Brown is apparently willing to meet fans at his concerts again. Brown reportedly stopped his meet and greets with fans backstage at his concerts because he didn't want to accept a restraining order summons from ex-girlfriend Karrueche Tran's process server.

Apparently Brown accepted service and all is well. He was spotted meeting (and grinding on) a willing groupie at his concert over the weekend. This fan's mother must be so proud of the way she raised her daughter.

Bobbi Kristina Brown's boyfriend, Nick Gordon was served with a $10 million lawsuit at a Longwood, Florida Starbucks. Gordon reportedly fled the Atlanta area for Florida after he learned he was considered the main suspect in Brown's accidental drowning at her Roswell town home in late January.

END_OF_DOCUMENT_TOKEN_TO_BE_REPLACED

A determined process server was among the throng waiting for America's power couple Kanye West and Kim Karsdashian as they returned to the U.S. after spending a few days in Armenia.

END_OF_DOCUMENT_TOKEN_TO_BE_REPLACED

Radar Online reports that promiscuous rap mogul Jay Z will likely pay a settlement to a son he reportedly fathered 21 years ago.

END_OF_DOCUMENT_TOKEN_TO_BE_REPLACED

Rap mogul Jay Z apparently has a long lost love child. In addition to the 45-year-old rapper's 3-year-old daughter Blue Ivy, Jay Z has a 12-year-old son, Isa Jael, who lives with his mom in Trinidad. Now comes word that Jigga may have sired a 3rd child 21 years ago.

END_OF_DOCUMENT_TOKEN_TO_BE_REPLACED

Celebrities "double dip" all the time to make easy cash under the table. It's a shady practice that is frowned upon by the music industry. Double dipping may have gotten R&B singer Ciara into hot water with a Los Angeles nightclub promoter.

It all unfolded when Ciara agreed to accept $10,000 to make an appearance at West Hollywood nightclub Hit Factory for a gay pride event Friday night. But Ciara was also contracted to perform at another LA area gay club on Saturday night, which would've been a conflict of exclusivity.