Sean Penn is back on the market after his third marriage bit the dust. The 61-year-old actor's wife Leila George filed for divorce after just over one year of marriage. 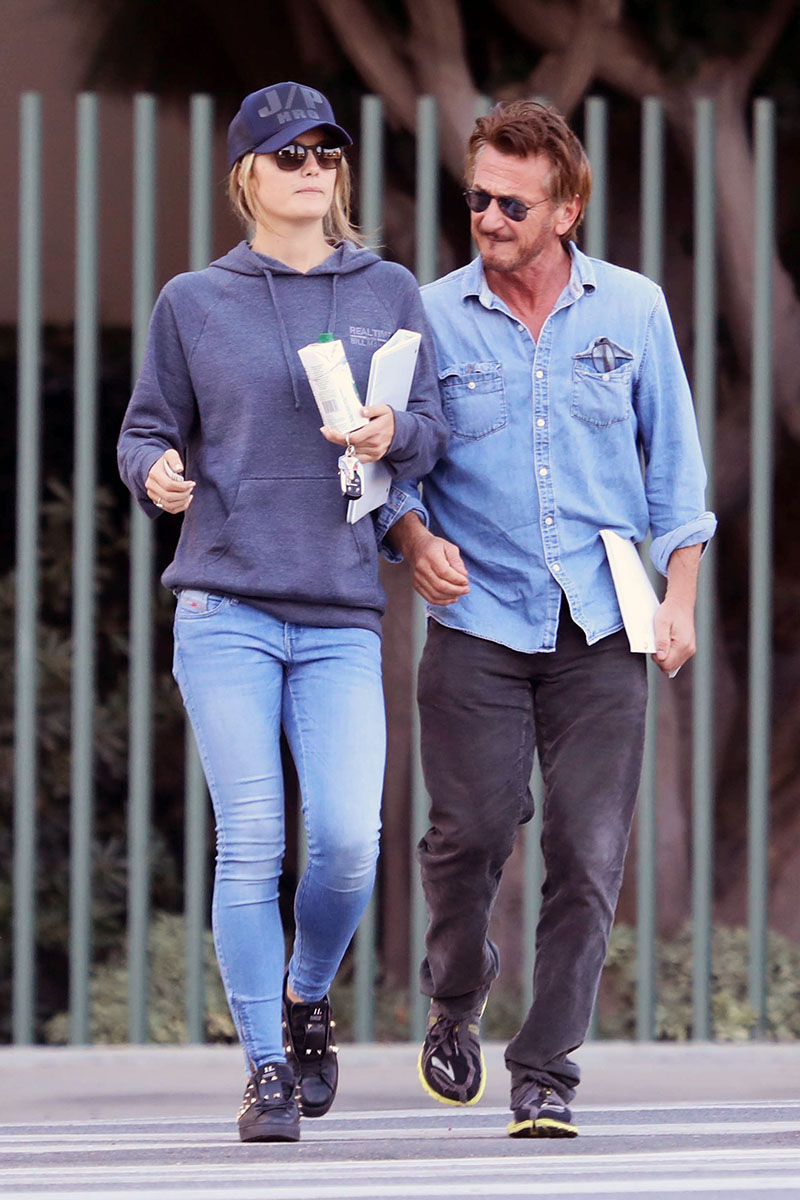 Sean and Leila, the daughter of actor Vincent D'Onofrio, tied the knot in July 2020 during an intimate wedding attended by family members at their home.

They started dating back in 2016 when she was only 24. It isn't clear why they split up. However, Sean's volatile temper is legendary. 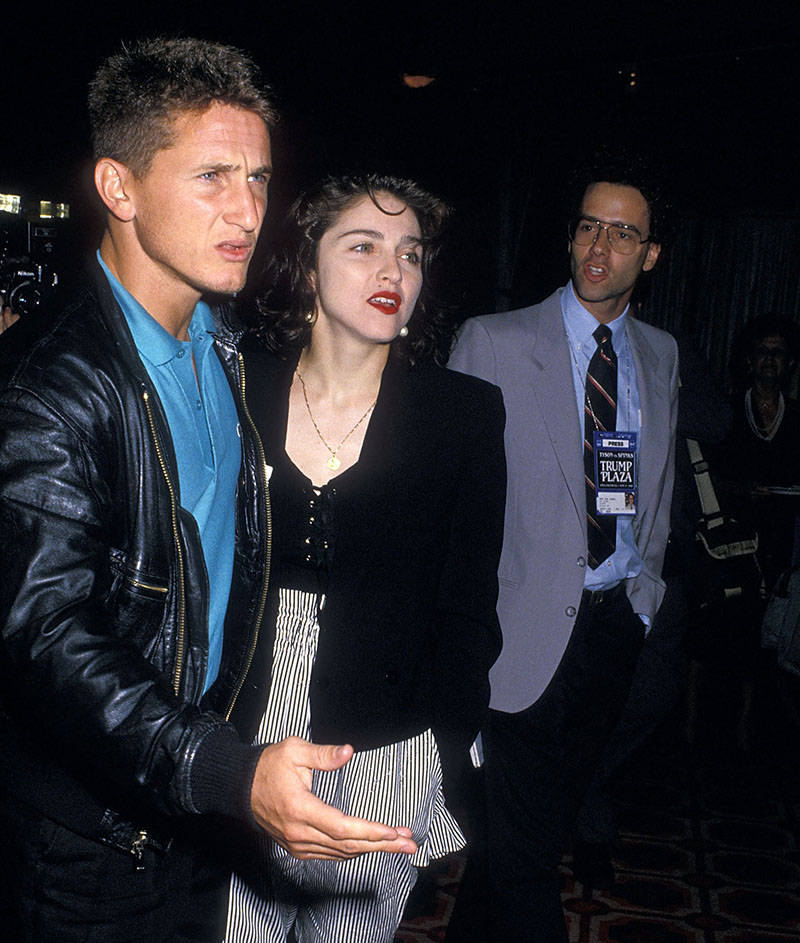 This is the third failed marriage for Sean, who was previously married to singer/actress Madonna (above) from 1985 to 1989, and to actress Robin Wright from 1996 to 2010.

Sean Penn and Arnold Schwarzenegger blasted Americans who refuse to get vaccinated or wear face masks.

Penn defended his demand that all cast and crew on his UCP series set get vaccinated.

Fox News reports the 60-year-old actor announced he would not return to the set of Watergate drama "Gaslit" until everyone on the set got the experimental shots.

Madonna's ex then demanded everyone in the United States do the same.

He also called on all corporations to force vaccinations on their employees.

"This is one of those things that should be mandatory that we all get with the exception," he told Yahoo News.

"The very few exceptions are those people who, for whatever reason, a medical condition might offset it.

"But I do think that business, all businesses, need to take the lead and to be not so timid in dealing with their collective bargaining agreement partners."

In related news, former California governor Arnold Schwarzenegger raised eyebrows when he said Americans who refuse to wear masks should lose their freedom: "Screw your freedom!"

"There is a virus here, it kills people," he said.

"The only way we prevent it is get vaccinated, get masks, do social distancing, washing your hands all the time, and not just to think about, 'Well my freedom is being kind of disturbed here.' No, screw your freedom!"

"Because with freedom comes obligations and responsibilities, you cannot just say, 'I have the right to do X, Y and Z,' when you affect other people, that is when it gets serious. It's no different from a traffic light, you put a traffic light at an intersection so someone doesn't kill someone else."

Lee Daniels issued a public apology to Sean Penn to settle a $10 million lawsuit for statements he made accusing the 55-year-old actor of beating singer Madonna.

END_OF_DOCUMENT_TOKEN_TO_BE_REPLACED

LA Clippers star Chris Paul was spotted at LAX airport with his wife, Jada Paul, and their kids, Camryn Paul and Christopher Paul. Paul and his family were spotted hours after news broke on Thursday that a deal had been made to sell the Clippers to the highest bidder for a whopping $2 billion. Paul was among the Clippers players who vowed to give up their million-dollar paychecks next season if Donald Sterling did not sell the team.
Photo: VLNY / Zodiac / Splash News

END_OF_DOCUMENT_TOKEN_TO_BE_REPLACED

Actors Charlize Theron and Sean Penn went grocery shopping with her son Jackson Theron in Malibu, California over the weekend. 38-year-old Charlize, who is originally from South Africa, and the 53-year-old Penn have been dating for at least 6 months. Rumor has it that the couple are ready to settle down after shacking up together for a few months. Both Charlize and Penn have been married before, and both have difficulties maintaining stable relationships. According to a source, Sean and Jackson are getting on great. "They were adorable. Sean was making funny faces for Jackson, and they all seemed comfortable together," said the source who observed the family at Whole Foods. But Jackson's body language says otherwise. The boy never takes his eyes off his mom -- a troubling indication that he may not be entirely comfortable with Penn, who is known for his famous temper. By the way, Charlize is wearing a pair of jeans by Superdry.
Photo: JD / Splash News