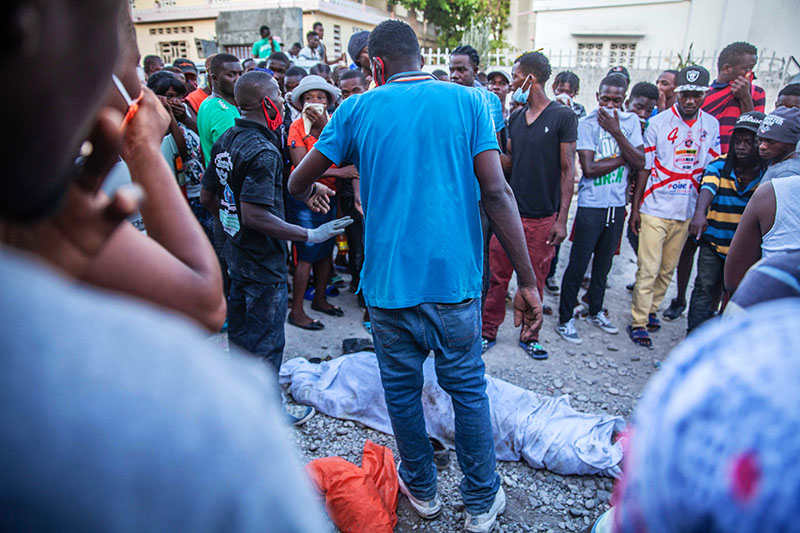 Cardi B sent her prayers to the survivors of Haiti's devastating magnitude 7.2 earthquake that left over 1,300 people dead on Sunday.

The epicenter was located about 100 miles west of Haiti's capital city Port-au-Prince.

Rescuers are scrambling to find victims still alive in the rubble before tropical depression Grace arrives on Monday. 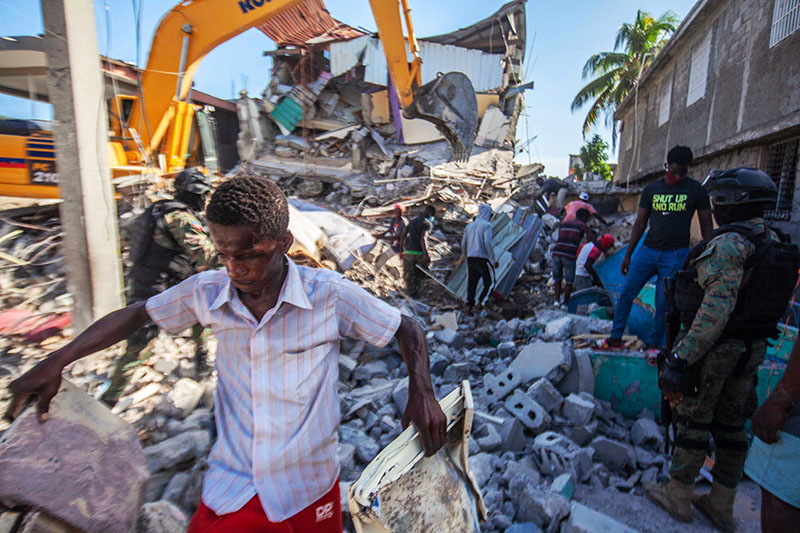 The devastating earthquake comes a month after Haiti's president Jovenel Moise was assassinated by armed members of a hit squad with ties to Miami and the Dominican Republic.

On Saturday, Cardi B, real name Belcalis Almanzar, took to social media to share her sympathy and prayers for the Haitians affected by the earthquake.

"I got a soft spot for Haiti and [its] people. They my cousins. I pray for Haiti they go thru soo much... God please cover that land and its people," she tweeted.

I got a soft spot for Haiti and it's people.They my cousins.I pray for Haiti they go thru soo much????.God please cover that land and it’s people??

Tennis superstar Naomi Osaka, who was born in Japan, said she will donate all her prize money from an upcoming tournament to the Haitian people.

Really hurts to see all the devastation that’s going on in Haiti, and I feel like we really can’t catch a break. I’m about to play a tournament this week and I’ll give all the prize money to relief efforts for Haiti. I know our ancestors blood is strong we’ll keep rising ??????

The Republic of Haiti is located on Hispaniola Island and shares its eastern border with the Dominican Republic where Cardi B's father was born.

Haiti has a history of killer earthquakes. Hispaniola Island sits between two large tectonic plates that are always active.

The 2010 earthquake in Haiti left an estimated 300,000 people dead and 1 million people without homes. 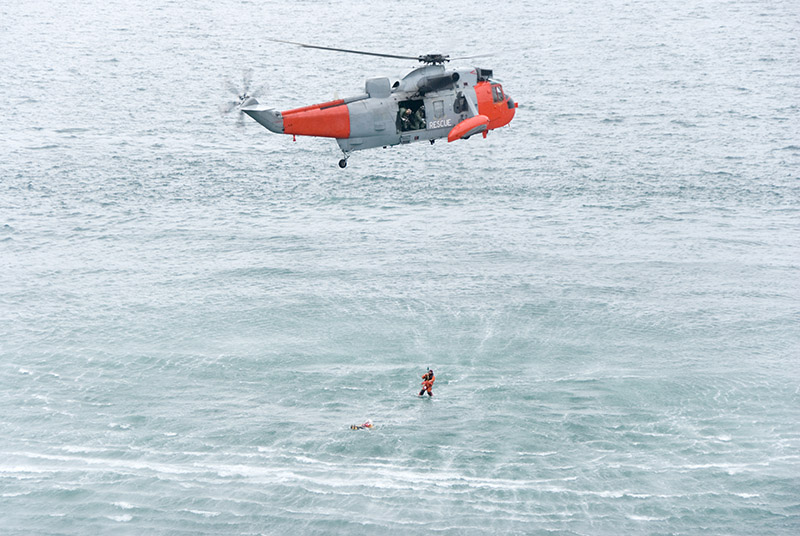 Amari Dancy thought she chose the perfect hiding place during a game of hide and seek with her cousins while on coronavirus lockdown in her Virginia home.

The 18-year-old chose to hide in a washing machine but the game ended when she got stuck in the machine and was unable to free herself.

"We already had hid underneath the bed, in the closet, and we couldn't go down to the basement," Dancy told NBC News.

Medics and the Prince Williams County Department of Fire and Rescue arrived to help rescue Dancy from the machine on Sunday, according to NBC News.

The heroes removed the machine's top and yanked Dancy out of the machine just before midnight Sunday.

Video from the rescue operation made its way to social media where Dancy became an overnight star and racked up a few hundred new followers.

"I just wanted to be out of there," she said.

All 12 members of a soccer team and their coach were rescued from a Thailand cave on Tuesday -- without the assistance of billionaire Elon Musk's mini submarine.

END_OF_DOCUMENT_TOKEN_TO_BE_REPLACED

All 12 members of a Thailand soccer team and their coach have been rescued from the flooded Tham Luang cave in Khun Nam Nang National Park in northern Thailand.

END_OF_DOCUMENT_TOKEN_TO_BE_REPLACED

Four boys have been rescued during the international Thailand cave rescue operation that has captivated the world. The 12 soccer team members and their coach have been trapped in the flooded cave deep below the Doi Nang Non mountain range in northern Thailand since June 23.

END_OF_DOCUMENT_TOKEN_TO_BE_REPLACED

A soccer team and their coach were found alive on Monday after being trapped in a flooded cave for nine days without food in Chiang Rai, Thailand.

END_OF_DOCUMENT_TOKEN_TO_BE_REPLACED

Divers and wildlife officials are searching for the remains of a 2-year-old boy who was dragged into a lagoon by an alligator near Disney World's Grand Floridian Resort & Spa Tuesday evening.