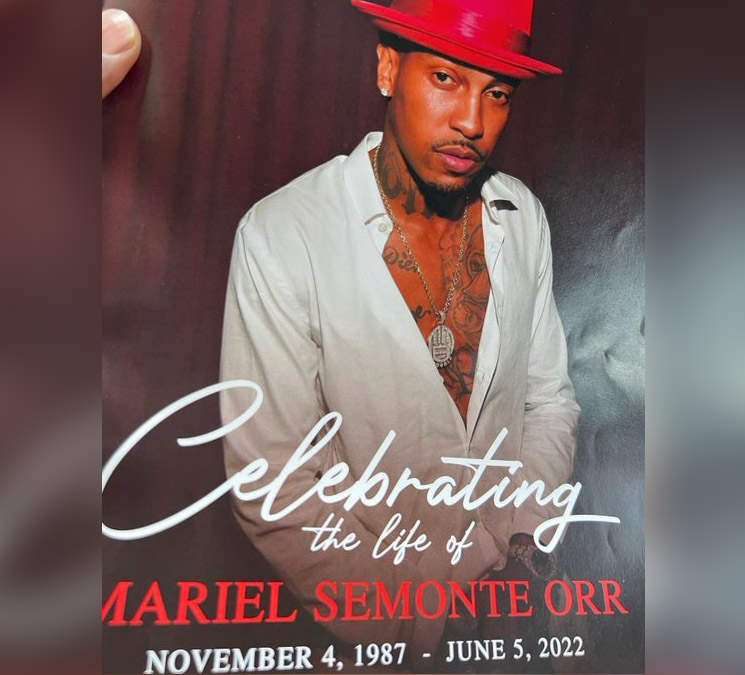 The exotic dancer who was with rapper Trouble DTE when he was killed by her ex-boyfriend is speaking out.

Rissa Royce was in her apartment with Trouble when he was fatally shot by her ex-boyfriend, Jamichael Jones, earlier this month in Conyers, Georgia.

"It took a lot for me to put my page back up," she wrote.

"I don't like the evil things that's being said about me all the false narratives, & the threats, I don't have nothing to prove to social media to the ones that know me personally know my heart is gold & my story will be told... this situation has mentally messed me up & traumatized me. God got me... [long live] Trouble. My Angel."

According to court documents, Royce and Jones, also an aspiring rapper, broke up a week before Trouble's murder, after Jones punched her in the nose during an argument.

Royce allegedly posted a photo of the bloody crime scene on her Instagram page. The photo was reposted on social media. 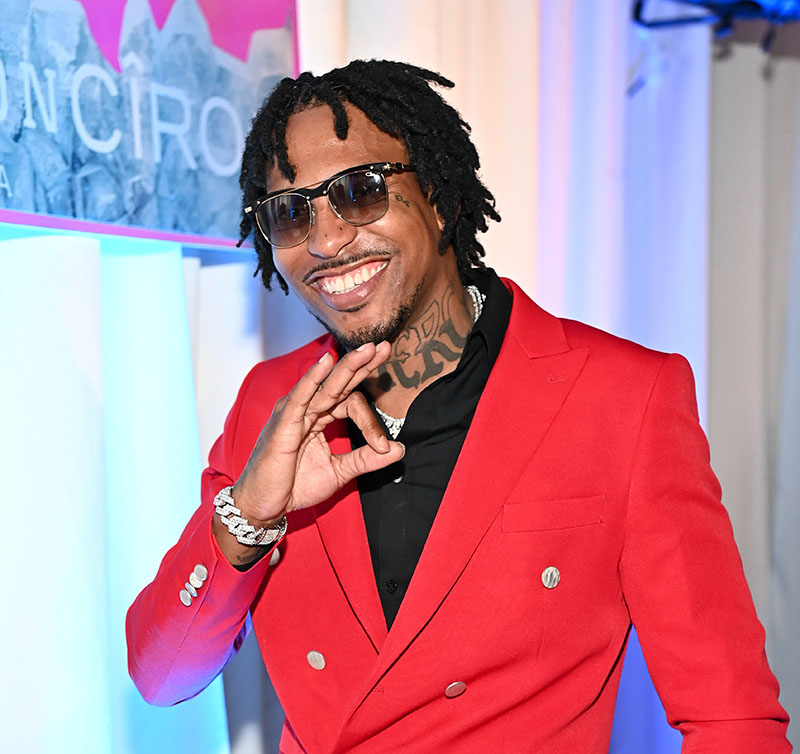 Trouble was laid to rest in Decatur, Georgia on Monday, June 13.

In addition to family members and fans, dozens of Bloods gang members were in attendance wearing matching red suits and red bandanas.

Rapper Boosie Badazz was overcome with emotion as he spoke at Trouble's funeral.

Lil Boosie fighting back tears as he reflects on Trouble at his funeral pic.twitter.com/8QSdvxZNly 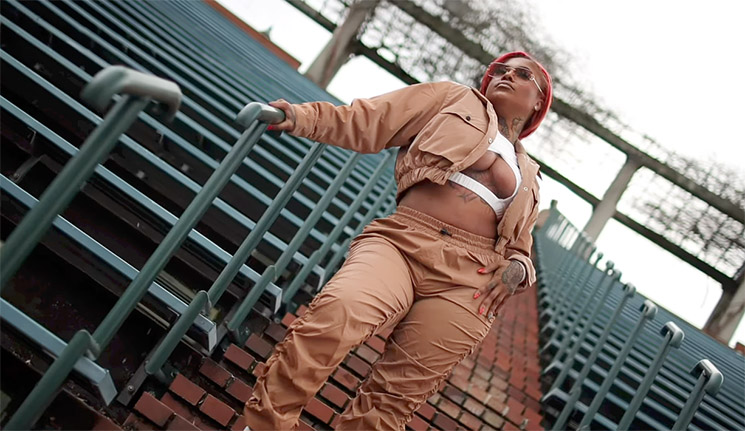 A track recorded by aspiring rapper Rissa Royce has been re-released following the shooting death of Atlanta rapper Trouble DTE, aka Skoob on Sunday. He was 34.

She raps on the track:

"Sacrifice your life you wanna touch it / B*tch I really came from nuthin / Now I'm hot straight out the oven / Double R won't beg for nuthin."

Rumors are swirling about what went down early Sunday morning in Rissa's Conyers, Georgia apartment. 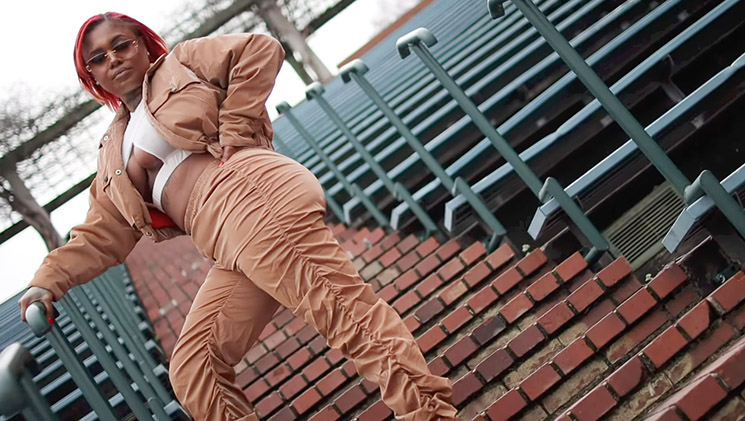 Sources close to the former stripper say Trouble was a "sneaky link" who Rissa was seeing on the low before she broke up with her ex-boyfriend, Jamichael Jones who punched her in the nose during an argument last week. 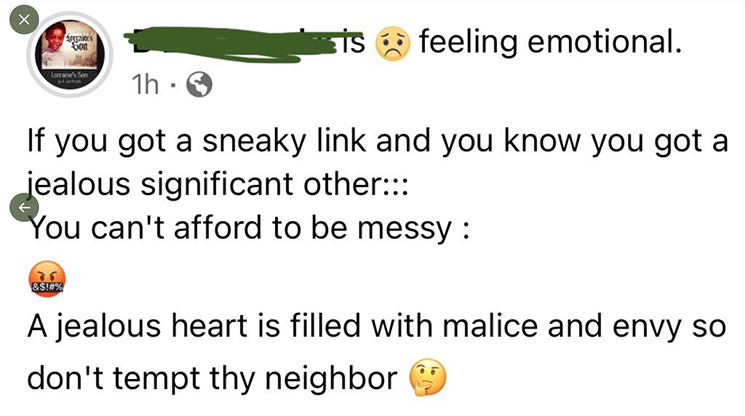 Sources say Trouble was the reason behind the break up, and that Rissa sent Jones a text message telling him she was out of town and he should come over and get his belongings from the apartment they shared. 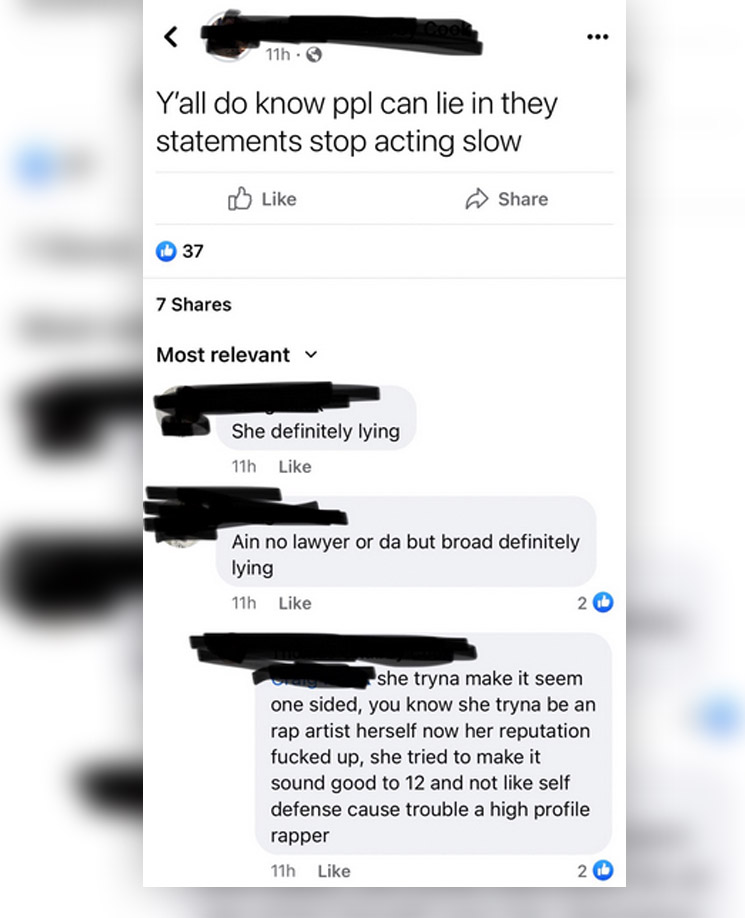 Jones went to the apartment at 3 a.m. Sunday and let himself in with his key. He woke Rissa up by punching her in the face. Then, according to sources, Trouble jumped up and grabbed his gun. During the scuffle the gun discharged, striking Trouble in the chest. He was pronounced dead at the scene.

Alleged bloody murder scene from the apartment where Rissa Royce lives and Atlanta rapper Trouble was shot and killed at pic.twitter.com/KlRMl0HnAP

Jones, 33, surrendered to the police on Tuesday, after his mom put him on the phone with an investigator. 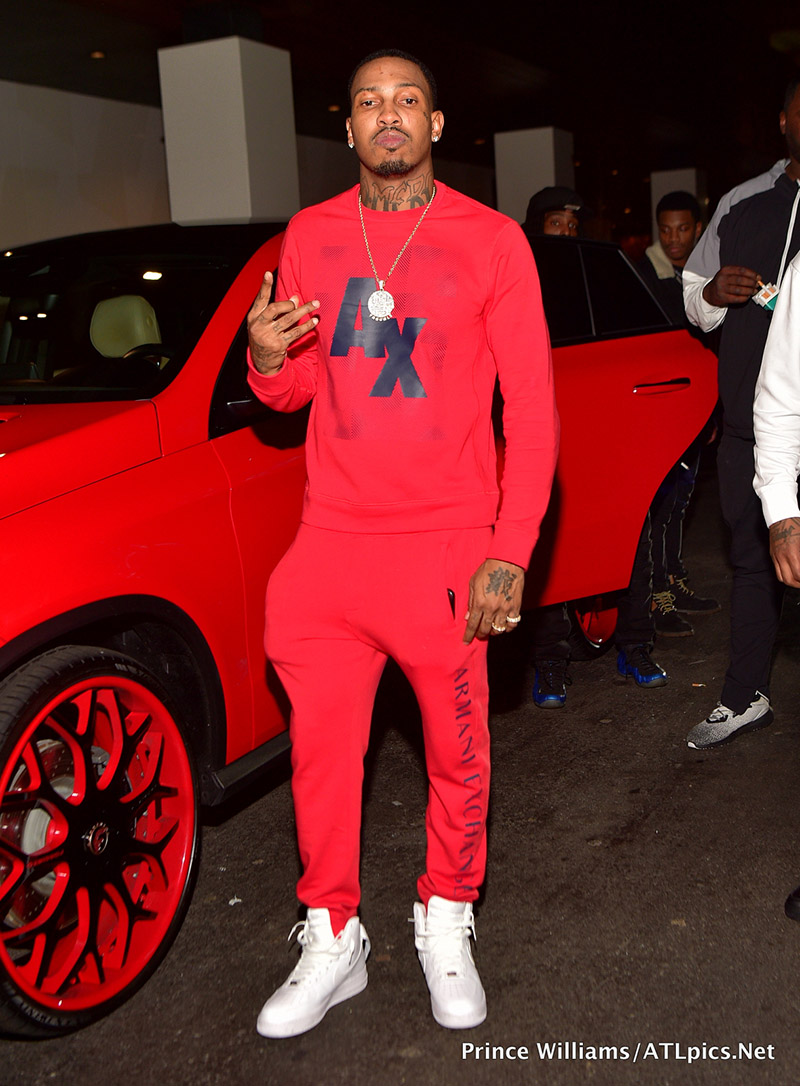 Meanwhile, Trouble was in a relationship with another woman, who has forgiven him for being at the apartment of an aspiring rapper/stripper.

"He was just at the wrong place at the wrong time. I'll never be mad at him for this. I'm hurt he didn't survive," she captioned a screenshot of a CBS reporter's tweet.

"The bond we had was one of a kind & I'll cherish the memories forever. What we had most people wouldn't understand & we never cared to explain. But anything worth havin at all is worth working for & waiting for & I promise it was worth the wait. The time we spent together was the best moments of my life."

Rapper Trouble DTE urged young men to stop killing each other over women in a newly resurfaced video.

In an Instagram video on his Instagram account, Trouble, aka Skoob, is seen driving while advising young men to stop killing each other over women with "good bottom."

"Yea, you get caught up and go down the road, she ain't gonna do nothing but let another ni**a buss," he said, referring to men who do time in prison for murdering another man over a woman. 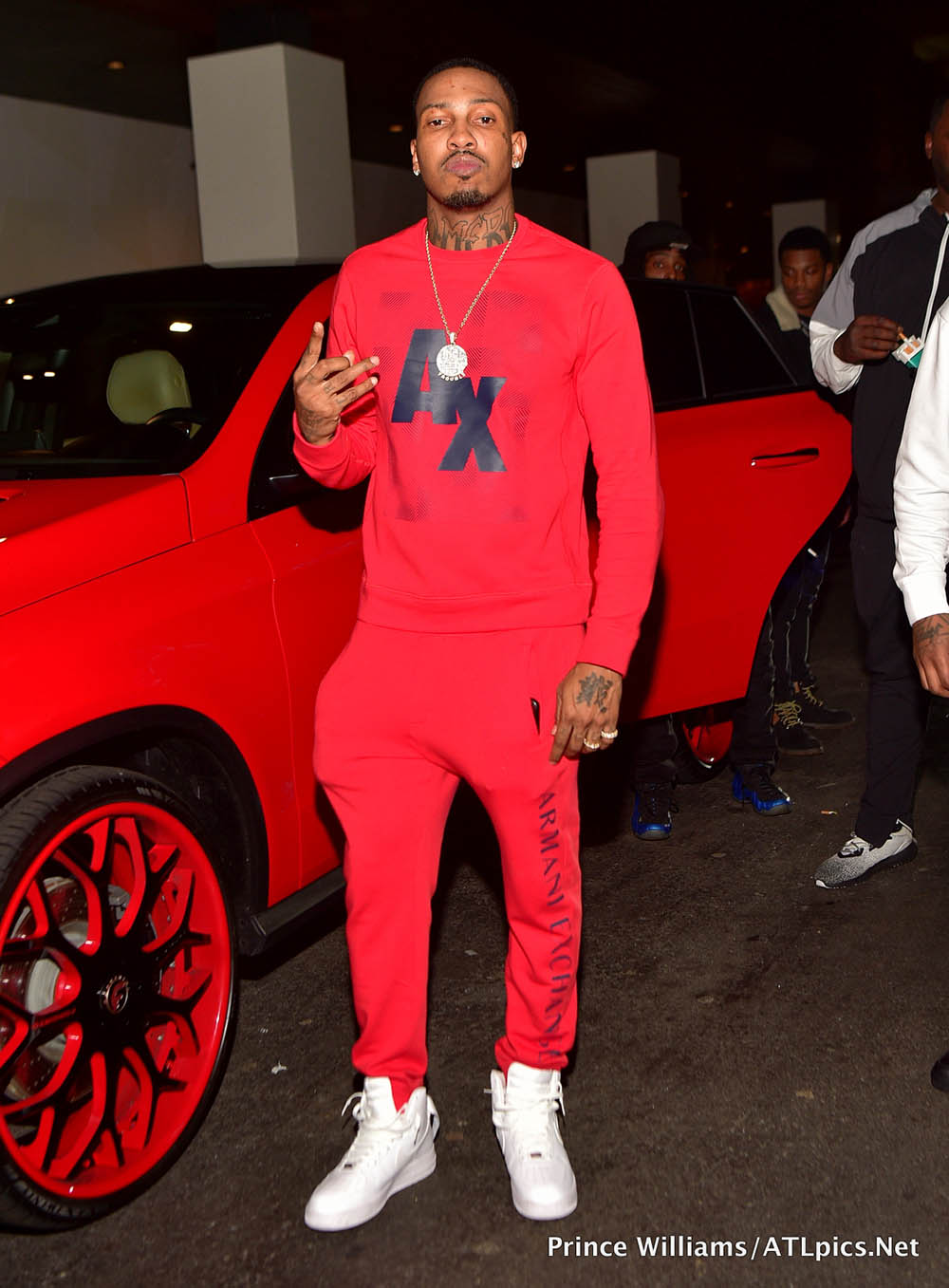 Ironically, Trouble found himself in the very same scenario that he warned young men about.

The Atlanta rapper was fatally shot by the ex-boyfriend of a woman he was visiting in Conyers, Georgia early Sunday.

The woman told police she and Trouble were asleep in her apartment when her ex Jamichael Jones woke her up with a punch to the face and began fighting with Trouble. When she jumped in to help Trouble, Jones pulled a gun and shot him point blank in the chest. He was pronounced dead at the scene. 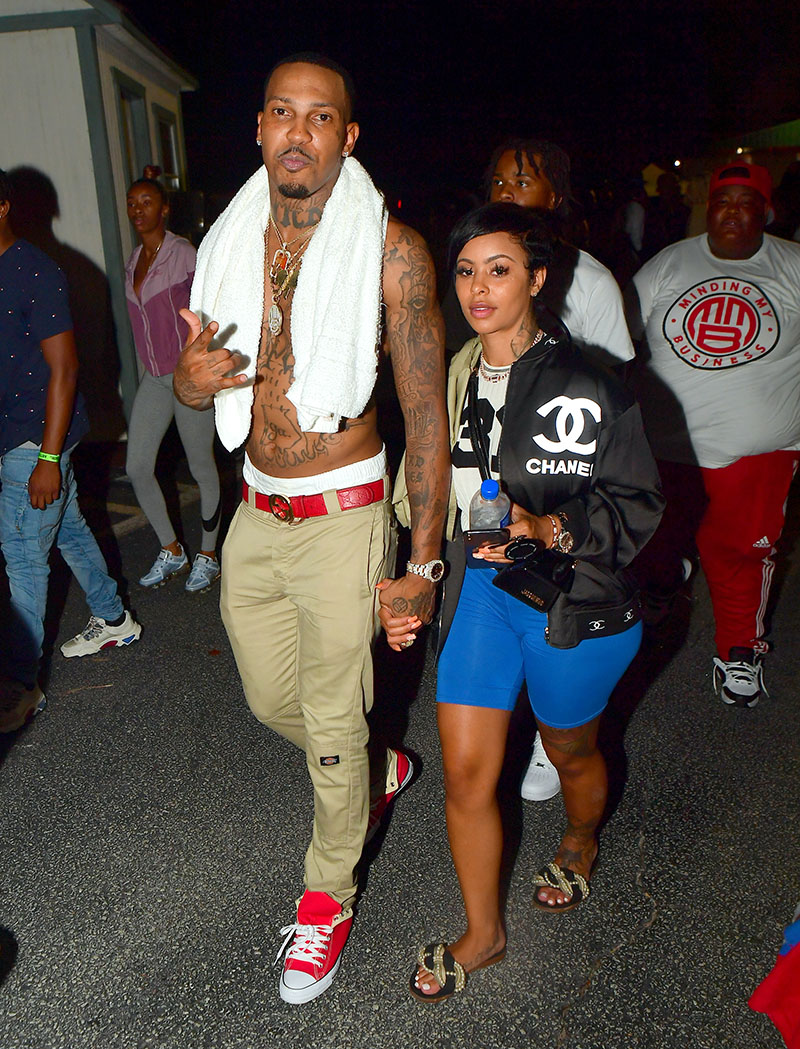 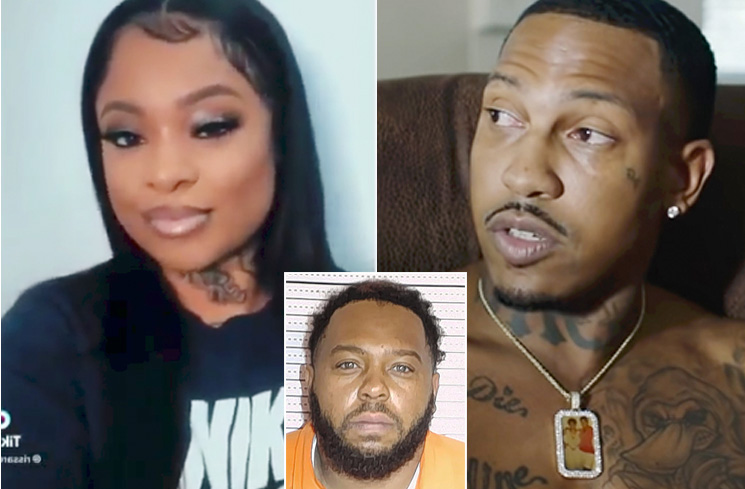 Court documents obtained by The Atlanta Journal-Constitution reveals new details about the death of Atlanta rapper Trouble DTE, aka Skoob.

The rapper was visiting the apartment of a woman identified as aspiring rapper Rissa Royce when he was ambushed by her ex-boyfriend and killed.

He had drove to the apartment complex in his yellow Lamborghini. 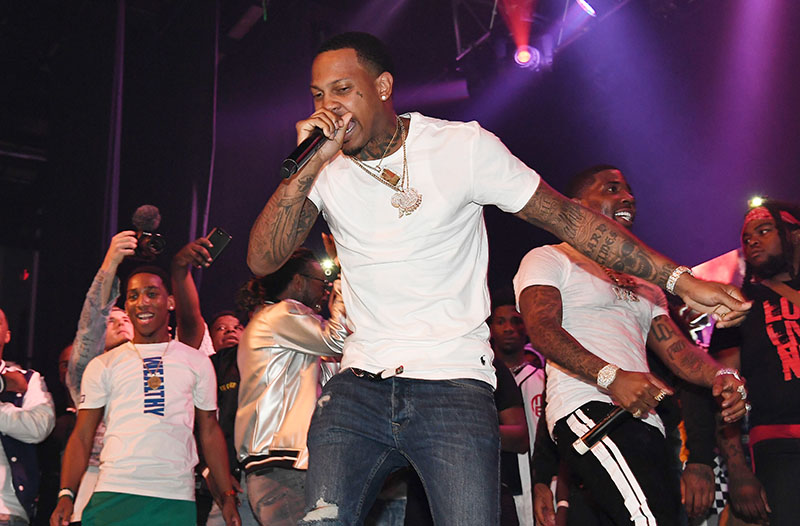 Trouble was asleep in bed with Royce when her ex-boyfriend, Jamichael Jones, 33, let himself in to the apartment using his key.

According to court records, Royce was awakened when Jones punched her in the face. Trouble woke up and began fighting with Jones. When Royce tried to help Trouble, Jones pulled a pistol and fatally shot Trouble.

Royce's daughter reportedly called 911 while neighbors performed CPR on Trouble. He was pronounced dead at the scene.

Royce told police she and Jones dated for three years but broke up after he punched her in the nose during an argument about a week earlier, court records show.

She hadn't seen Jones since then, and he had not come back to the apartment to retrieve his belongings, she said.

Royce allegedly shared photos of the murder scene on her private Instagram page.

One photo shows a blood soaked carpet next to a front door. A pair of red socks lay on the carpet and blood is spattered on the walls.

Sheriff Eric Levett said Jones turned himself in after his mother put him on the phone with an investigator.

"His mother was a huge resource in helping us apprehend him," Levett told Channel 2 Action News following his arrest Monday night. "Nobody wakes up in the morning wanting a bad outcome."

Jones was booked in the Rockdale County Jail on charges of felony murder, home invasion and aggravated assault. He was denied bond at a hearing Tuesday morning. He is expected in court again June 15. 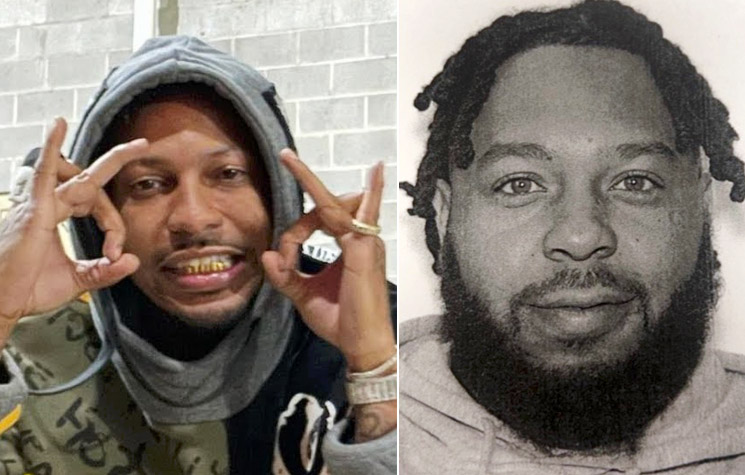 An arrest warrant has been issued for a 33-year-old man in connection with the shooting death of mixtape rapper Trouble DTE, aka Skoob (pictured left).

The 34-year-old rapper was shot multiple times while sitting in a car hours after performing at a nightclub early Sunday. Trouble was allegedly killed in a dispute over a woman.

The news was announced by Trouble's ex-girlfriend Alexis Sky who said he was shot while visiting a friend.

Trouble's sister confirmed the news on social media on Sunday.

The Rockdale County Sheriff said a warrant has been issued for suspect Jamichael Jones, of Atlanta. 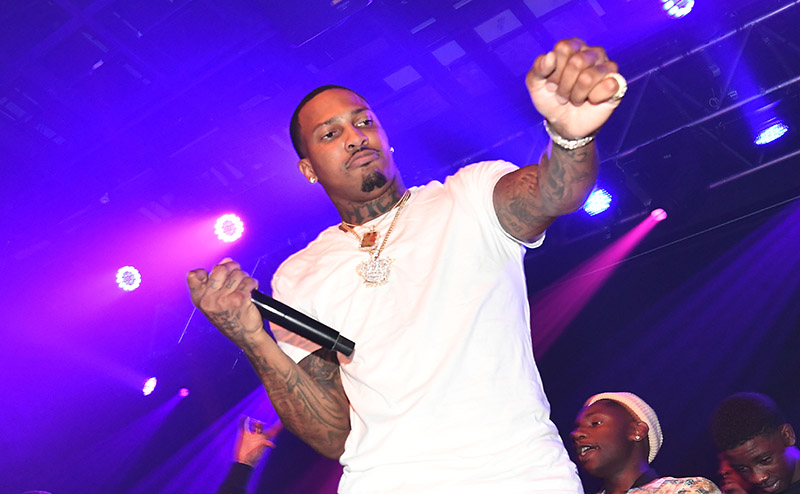 Trouble, real name Mariel Semonte Orr, grew up in the Edgewood neighborhood of Atlanta. He began rapping at age 14 and collaborated with rappers such as Pu$ha T, Killer Mike, Migos, and YFN Lucci.

His debut mixtape in 2011 included the song "Bussin,'" which featured rappers Yo Gotti, Waka Flocka Flame and Trae tha Truth on the remix.

Despite his local success, Trouble was not well-known beyond the Atlanta market.

Sorry men (and ladies), singer Monica Arnold is off the market. The 39-year-old mother of three recently finalized a divorce from Shannon Brown after 9 years of marriage. The couple share a 6-year-old daughter, Laiyah Brown. 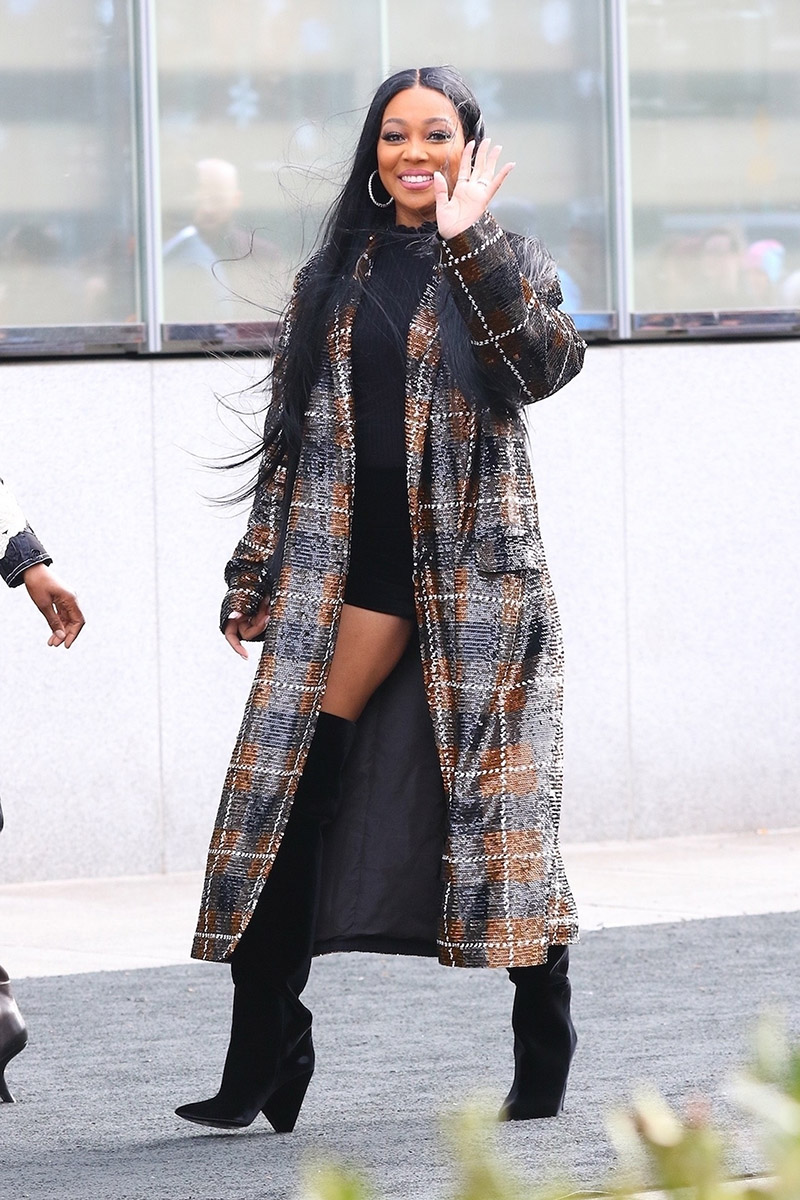 According to Aceshowbiz.com, Monica and rapper Trouble, 28, have been dating for months. She was spotted hanging around his music video set and they were seen partying together at a nightclub in Atlanta.

Mo shares two sons, Lil Rocko and Romelo, with music producer Rocko Da Don (pictured). Rocko is a 39-year-old Capricorn who fathered two other sons, ages 24 and 4, with other women.