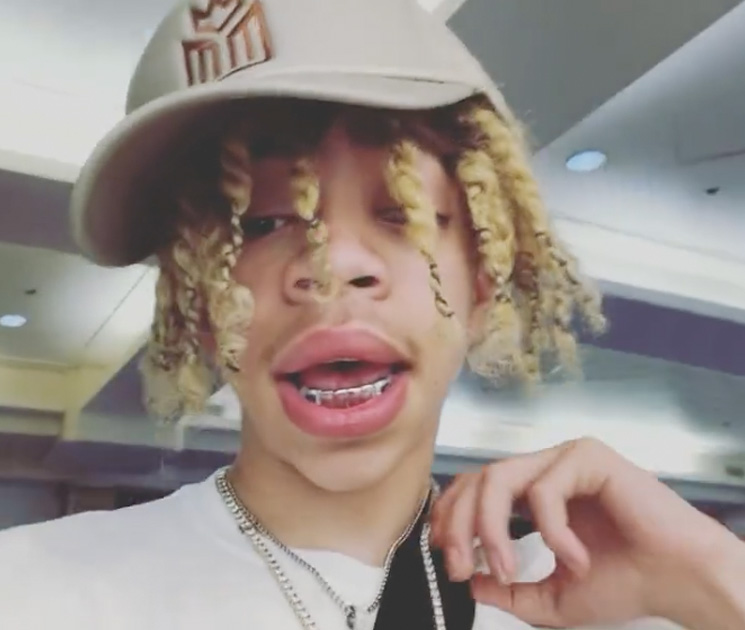 King Harris, the son of rapper Tip "T.I." Harris, filmed himself threatening to fight a restaurant worker for getting his food order wrong.

The viral incident occurred earlier this week at a Waffle House restaurant in Atlanta. In the footage, the 17-year-old discovered a pickle missing from his food order and went inside the restaurant to retrieve the pickle.

When a polite Waffle House worker asked King to stop cursing inside the establishment, he barked back: "I can talk how the f**k I want to wherever I'm at. I'm on live, shawty. Stop talking to me."

"This ain't your f**king restaurant. Everything you make I can pull out my pocket right now I ain't tripping off you," he said, while waving a wad of cash at the camera. 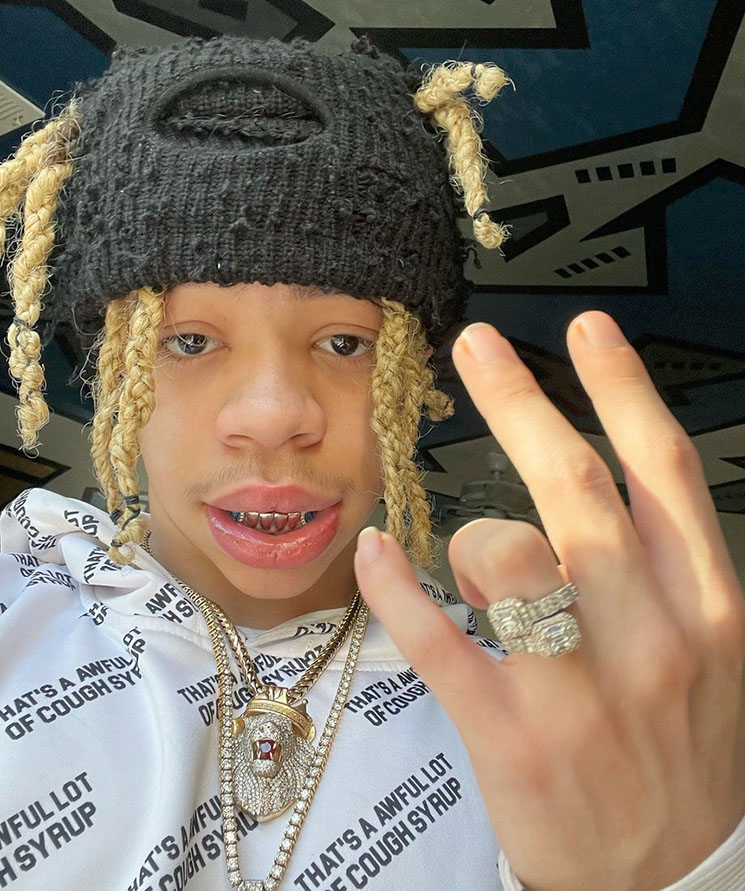 Another worker told his colleague to stop talking to the pint-sized aspiring rapper. King demanded to know his name then told him, "My name King. You know it and your mama know it." The 5-ft-2 King then invited the worker to step outside and fight him.

"And you still talking inside though. Why you inside?" King said, before going back inside to retrieve his food.

After examining his food for bodily fluids, King threatened to return when the employee got off work to fight him in the parking lot.

"Wait 'til I get back and see 'em out here late night," he yelled, before driving off with friends.

The video went viral on the same day that proud dad Tip Harris congratulated his son on graduating from high school this week with honors.

"Shocked the sh*t outta me Celebration is definitely in order Twin did it!! @the_next_king10 Graduates tomorrow... WITH HONORS Say what you want about him... but can't say he ain't handle his business. #ProudPops. We might even [smoke] one together. Congratulations King. We love you,& We proud of you. Don't stop...Keep growing."

A Waffle House worker who held an infant baby in her arms while apparently serving customers has been suspended from her job.

The video footage was uploaded to TikTok by user @Kizzle360 who captioned the video "Ain't know why she got her baby in here [sic]."

Someone can be heard in the background saying, "Ain't no f***ing way."

Viewers were conflicted. Many said they would never bring a baby to work even under the most dire circumstances.

According to TMZ, the Waffle House worker, Tiffany Clark, has a "tragic backstory."

Tiffany, who goes by @tiffanyclark842 on TikTok, claims she had no choice but to take her 4-month-old niece Octavia to work with her.

Tiffany was working the overnight shift at a South Carolina when she got an urgent call from her mother about an emergency family situation.

Tiffany said Octavia is the daughter of her brother who recently died.

The baby's grandmother told Tiffany to get the baby because the child's mother had a mental breakdown and was going to be hospitalized.

Tiffany said the only other option was for the baby to end up in the custody of child services. She told TMZ the video is not nearly as bad as it looks.

Despite appearances, Tiffany claims she was never cooking food with baby Octavia in her arms.

She insists she was simply marking plates for servers, and she says she was only behind the counter with the child for the brief moment that was caught on video.

After the video went viral, Tiffany explained the situation to her boss. She was suspended from her job for a week, but she won't be fired.

Tiffany says she intends become her niece's legal guardian while the baby's mother seeks help for her mental disorder.

END_OF_DOCUMENT_TOKEN_TO_BE_REPLACED

Snoop Dogg and other celebrities are calling out President Donald Trump for ignoring Waffle House hero James Shaw, Jr. who disarmed Travis Reinking after he shot and killed 4 people and wounded 4 more with an AR-15.

END_OF_DOCUMENT_TOKEN_TO_BE_REPLACED

The FBI announced the arrest of Travis Reinking, 29, the suspected gunman who went on a shooting rampage inside a Waffle House restaurant wearing only a coat and nothing on underneath. He was captured on Monday while walking through the woods.

END_OF_DOCUMENT_TOKEN_TO_BE_REPLACED

Social media activists are calling for justice for a black woman after two Caucasian Alabama police officers arrested the woman inside an Alabama Waffle House at 2:15 a.m. Monday.

END_OF_DOCUMENT_TOKEN_TO_BE_REPLACED

A Biloxi, Mississippi man shot and killed a Waffle House employee after she asked him to put out his cigarette inside the restaurant.

According to WLOX, Johnny Max Mount was smoking a cigarette inside the Biloxi Waffle House when a female employee asked him to extinguish the cigarette.

END_OF_DOCUMENT_TOKEN_TO_BE_REPLACED

A loyal reader emailed me this video of Being Mary Jane actress Raven Goodwin getting into it with another patron at a Waffle House in Atlanta.

END_OF_DOCUMENT_TOKEN_TO_BE_REPLACED

A man who told police he was a rapper was robbed early Sunday morning at the Hilton Hotel on Courtland Street in downtown Atlanta, according to a police report obtained by The Atlanta Journal-Constitution.

The man was identified by 11 Alive news as 612 Fat Boy, a/k/a FatSauce (pictured above).

END_OF_DOCUMENT_TOKEN_TO_BE_REPLACED

Three male customers of a Buckhead Waffle house were relieved of their iPhones and jewelry worth $40,000 during an armed robbery this morning.

The Atlanta Journal-Constitution reports the robbery took place at 6:30 a.m. at the 24-hour Waffle House on Piedmont Road north of Pharr Road, near Lenox Mall.