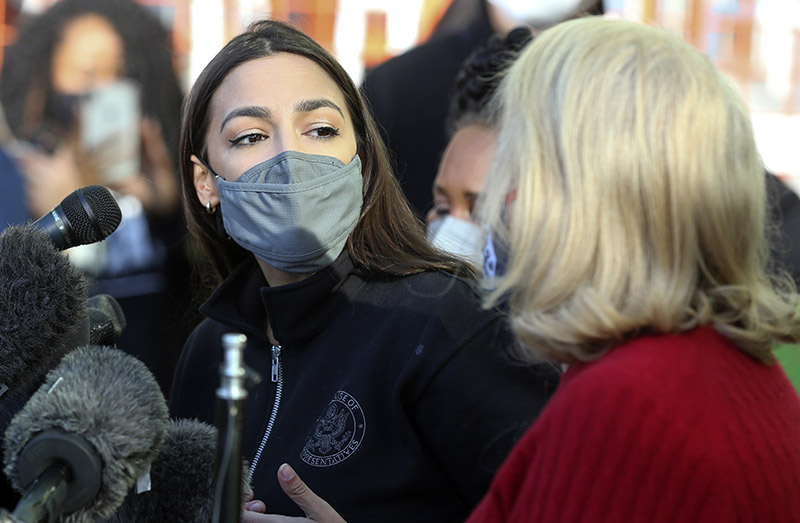 NY congresswoman Alexandria Ocasio-Cortez angered her constituents by raising $2 million for Texans, while some New Yorkers are without electricity.

Constituents in Ocasio-Cortez's home district, NY-14, say they have no way of contacting the congresswoman because she doesn't have her own office or staff in her district -- even though she received a taxpayer-funded budget to pay for both. 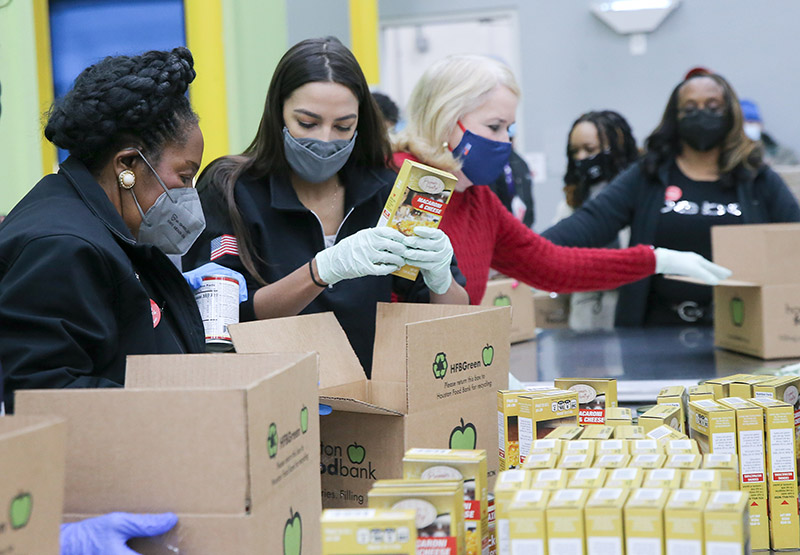 Twitter users were angry that she stood in front of Texas representatives Sheila Jackson Lee (left) and Sylvia Garcia (right) at the microphones.

Constituents in her home district in New York say they haven't seen her in years. They are told to contact her through social media.

Twitter user @WonderKing82 dragged AOC for failing to properly represent the voters who put her in office.

"I call for investigation in Alexanderia Ocasio-Cortez allocation of funds because she took government tax payers funds to open up two congressional offices and she never did. Three years later still no office for her constituents in the Bronx and Queens."

Twitter user Karen Jean wrote: "Pure pandering, You have no empathy for anyone but yourself. Stay in New York, don't those people need your "help" too?"

"She claims to have an office. She hasn't staffed it. Had a social worker, someone not knowing how to fight GOP cuts, but I gather she's gone. AOC like every other Rep HAS A BUDGET for her district office. How has that money been spent? We deserve to know."

"She's conducting herself and running her operation not as if she's NY-14's Representative, but like she's the United States' At Large Representative. Maybe her constituents will be fine w that. But personally I think she owes them more." 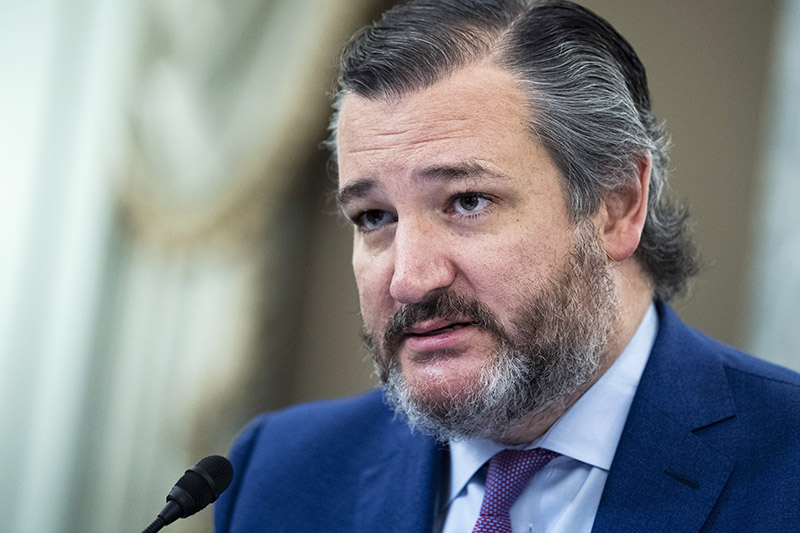 Senator Ted Cruz is returning to Texas after a massive outcry on social media in reaction to photos of Cruz and his family jetting to Cancun this week.

4.4 million Texans are still without power or water after 5 days, thanks to frozen turbines and a bungled response by the state's power company.

"Keep your family safe, and just stay home and hug your kids," Cruz reportedly told Texans a day before he and his family jetted to sunny Cancun for a relaxing vacation.

"If you can stay home, don't go out on the roads, don't risk the ice," he told radio host Joe Paglialuro on Tuesday.

A day later, a sharp-eyed taxpayer spotted the congressman waiting in a standby line at Houston airport to upgrade to business class where there is more leg room to stretch out on the plane.

Cruz requested a police escort through the airport on Wednesday around 4 p.m. He and his family were pictured at the United Airlines Lounge, and on the plane before departure.

Less than 24 hours later, Cruz hightailed it back to Texas after a furious public backlash.

He tweeted on Wednesday: "I got no defense. A blizzard strikes Texas & our state shuts down. Not good. Stay safe!"

"California is now unable to perform even basic functions of civilization, like having reliable electricity. Biden/Harris/AOC want to make CA's failed energy policy the standard nationwide. Hope you don't like air conditioning!"

HOUSTON TED HAS A PROBLEM-Flyin' Ted does a U-turn! 'Shameless' senator will fly home from Cancun TODAY - less than 24hrs after fleeing Texas with family in middle of energy crisis - and he's in for a very frosty reception! https://t.co/JSiAi33w8U via @MailOnline 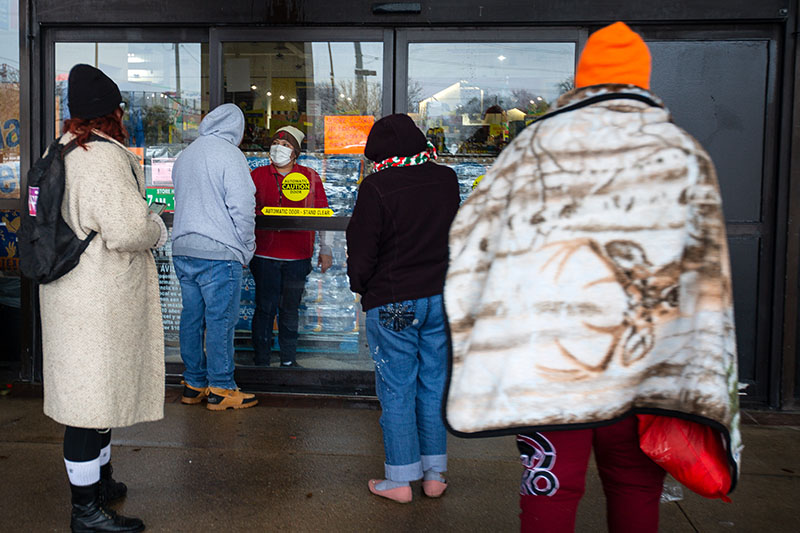 A Texas mayor who told city residents impacted by winter power outages that "no one owes you or your family anything" has resigned as mayor. 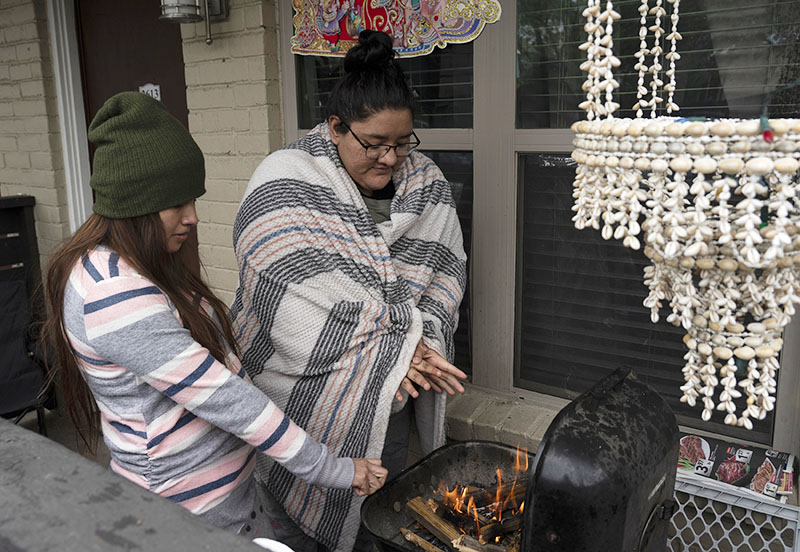 In a since deleted Facebook post Tuesday morning, Boyd told residents to "sink or swim" and stop "looking for a damn handout."

"No one owes you or your family anything," he wrote, "nor is it the local governments responsibility to support you during trying times like this! Sink or swim, it's your choice!"

He continued: "The City and County, along with power providers or any other service owes you NOTHING! I'm sick and tired of people looking for a damn hand out!"

In his typo-filled post, Boyd reportedly told people to "step up" and come up with their own "game plan" to stay warm after the power was cut to over 4 million homes in Texas on Tuesday.

"If you don’t have electricity you step up and come up with a game plan to keep your family warm and safe. If you have no water you deal with out and think outside of the box to survive and supply water to your family," he continued. "If you were sitting at home in the cold because you have no power and are sitting there waiting for someone to come rescue you because your lazy is direct result of your raising! Only the strong will survive and the week will perish [sic]."

Boyd concluded the message by saying "Get off your ass and take care of your own family!", KTXS reports.

"I would never want to hurt the elderly or anyone that is in true need of help to be left to fend for themselves," he reportedly wrote. "I was only making the statement that those folks that are too lazy to get up and fend for themselves but are capable should not be dealt a handout."

Boyd added that his wife was laid off from her school job for defending him.

"The anger and harassment you have caused my wife and family is so undeserved.... my wife was laid off of her job based off the association people gave to her and the business she worked for. She’s a very good person and was only defending me! But her to have to get fired from her job over things I said out of context is so horrible [sic]."

Millions of Texans are still without water or electric as winter storms brought snow, ice and record low temperatures to the state. 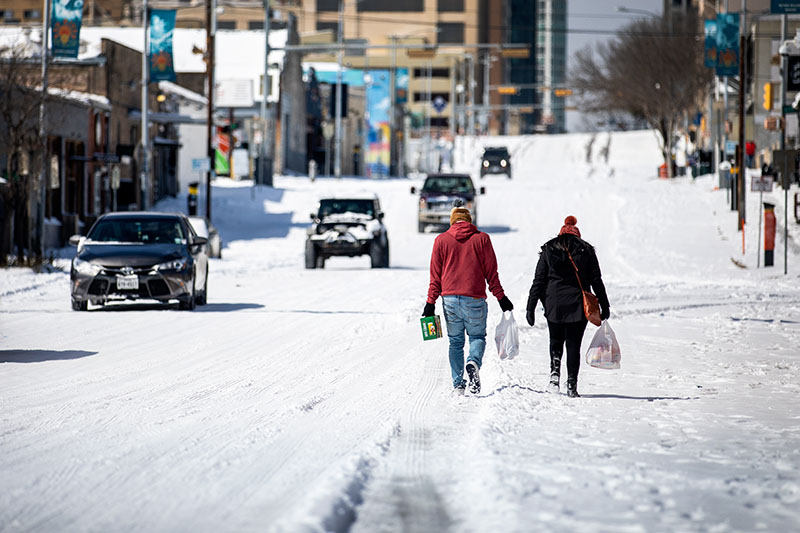 Millions are without power or water in Texas after a historic storm caused massive power outages amid subfreezing temperatures.

At least 5 people are reported dead in their homes as 150 million people in 25 states are under winter advisories.

Rolling power outages began Monday to prevent the total collapse of the power grid in Texas. 1.2 million homes were without electricity as of Monday evening.

Residents took to social media for information amid rolling outages that lasted longer than 45 minutes.

4.3 million residents are without power in Texas alone after a blast of arctic air arriving from Canada froze wind turbines that generates electricity in West Texas. The frozen turbines knocked the power grid offline, causing massive power outages in homes and businesses.

Wind farms across the state generate up to a combined 25,100 megawatts of energy. The power grid in Texas was still struggling to go back online as demand for electricity to heat homes surged early Tuesday.

Some power — enough to serve about 500,000 homes — was being restored to the state's power grid Monday evening, said a spokesman for the Electric Reliability Council of Texas (ERCOT).

In Houston, a woman and a girl died from suspected carbon monoxide poisoning from a car running in an attached garage, police said.

The rolling blackouts in Texas affected neighboring states such as Arkansas and Missouri.

The deadly winter storm spawned a tornado that killed three in North Carolina.

There are reports of people trapped in their homes in Brunswick County, as emergency services mobilized to rescue people whose homes were ripped from their foundations by a possible tornado.

"It's something like I have never seen before. A lot of destruction," said Brunswick County Sheriff John Ingram during a press conference early Tuesday. "It's going to be a long recovery process."