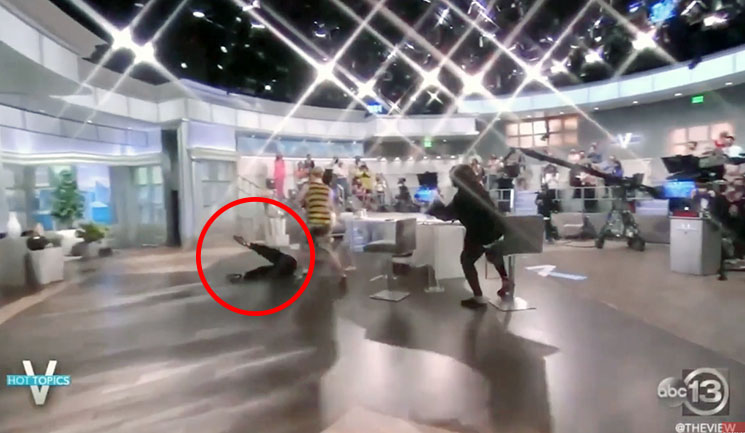 Joy Behar, the oldest co-host on ABC's The View, nearly fractured her hip when she fell off a swivel chair and landed on the floor.

The incident happened at the start of Thursday's show, as Behar sat down but the chair swiveled away from her, causing her to fall on her right side. 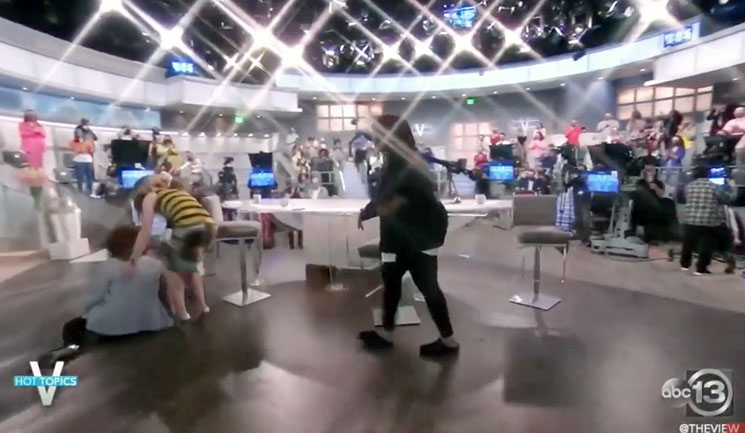 Co-hosts Whoopi Goldberg, Sarah Haines, Sunny Hostin and the production crew rushed to help her up. Behar laughed off the incident, but she seemed shaken.

Behar compared her experience to the late comic Bob Saget, who died after he fell and hit his head in an Orlando hotel room.

"If you hit your head, and you feel dizzy, or you have blurred vision, or you feel like you want to go to sleep, go to the doctor. Because that will kill you," she said.

The incident happened after Behar was widely criticized for complaining that the Russia/Ukraine war was preventing her from going on vacation in Italy.

"You plan a trip, you want to go there, I've wanted to go to Italy for four years, and I haven't been able to make it because of the pandemic and now this. It's like, what's gonna happen there?" 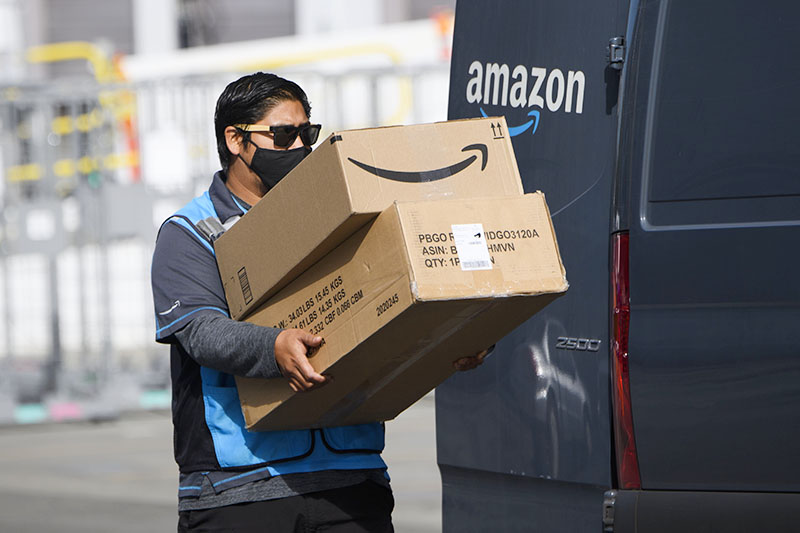 Employee working conditions are reportedly so demanding at Amazon that some delivery drivers are forced to pee in bottles.

The working conditions and physical demands of the job don't leave much time for bathroom breaks or rest periods, according to driver complaints.

Amazon CEO Dave Clark welcomed Sen. Bernie Sanders' upcoming visit to an Amazon fulfillment center in Bessemer, Alabama on Friday, March 26, where employees will vote on whether to form a union.

"Paying workers $15 [an] hour doesn't make you a 'progressive workplace' when you union-bust [and] make workers urinate in water bottles," Pocan said on Wednesday night.

Clark hopped into the comments on Twitter and denied "the peeing in bottles thing."

"You don't really believe the peeing in bottles thing, do you? If that were true, nobody would work for us."

But an Amazon driver responded in the comments by posting a photo of urine-filled bottles.

"We're pressured to get these routes done before night time and having to find a restroom would mean driving an extra 10 minutes off path to find one," an Amazon delivery driver told Motherboard. "Ten to fifteen minutes to find a bathroom can add up, meaning 20 to 30 minutes there and back all together."

Another Amazon driver in Florida confirmed:

"All the guys do it... The best drivers get overtime so there's incentive to cut corners. The most productive drivers get rewarded the most hours."

Stuntwoman Joi "SJ" Harris, who died on the set of the movie Deadpool 2, crashed on a motorcycle that was more powerful than bikes she was used to riding.

END_OF_DOCUMENT_TOKEN_TO_BE_REPLACED

A Los Angeles man was slowly cooked to death when a co-worker filled a Bumble Bee Foods pressure cooker with 12,000 pounds of tuna and turned the machine on.