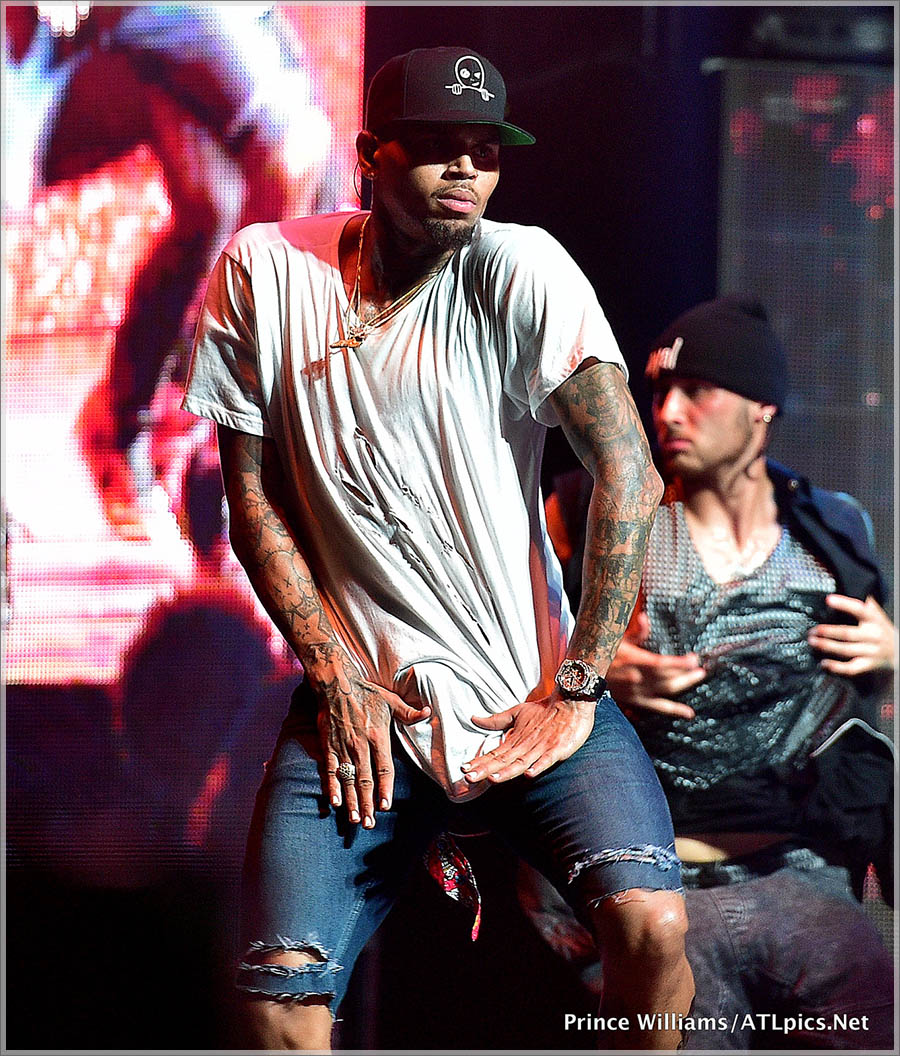 Lesbian party promoter Melissa Scott told the GA Voice she was "baffled" that the guest of honor was a no-show.

"I think it's unfortunate for mainstream artists to take people's money with the complete prior knowledge of knowing what the event is and being very clear about what the event is about," said Scott. "I'm completely baffled. You know it's gay pride. You knew you agreed when you sent the contract in and took the money.”

Scott, founder of Traxx Girls, said she exchanged a flurry of text messages with Brown's people who kept demanding assurances that there were no gay men in the nightclub.

"I was being told to take [Brown's] image down because he looks a little feminine in that image -- an image that he took," Scott told the GA Voice.

She added: "I had to send text messages of pictures of my crowd to say, 'there's nothing but girls in here man.'"

As 4,000 lesbians stood waiting patiently for Brown to hit the stage, he refused to enter the building because a "handful of gay men" were inside the club.

As the criticism mounted on social media, Brown tweeted a pathetic attempt at damage control.

"I honestly wasn't booked for the show," he tweeted. "Hopefully in the future we can do it right. Much love LGBT."

He added: "I have nothing but love and respect for the LGBT COMMUNITY."

Scott was able to salvage what was left of the night. Luckily for Traxx Girls a slew of celebrities were in town.

"We called Fetty Wap who is the hottest artist in the country right now and he was 5 minutes away (from the venue) and asked him if he could come," says Scott. "He said 'hell yeah!' I said it's a gay party. It's tons of people here. He said he didn't care and was on his way."