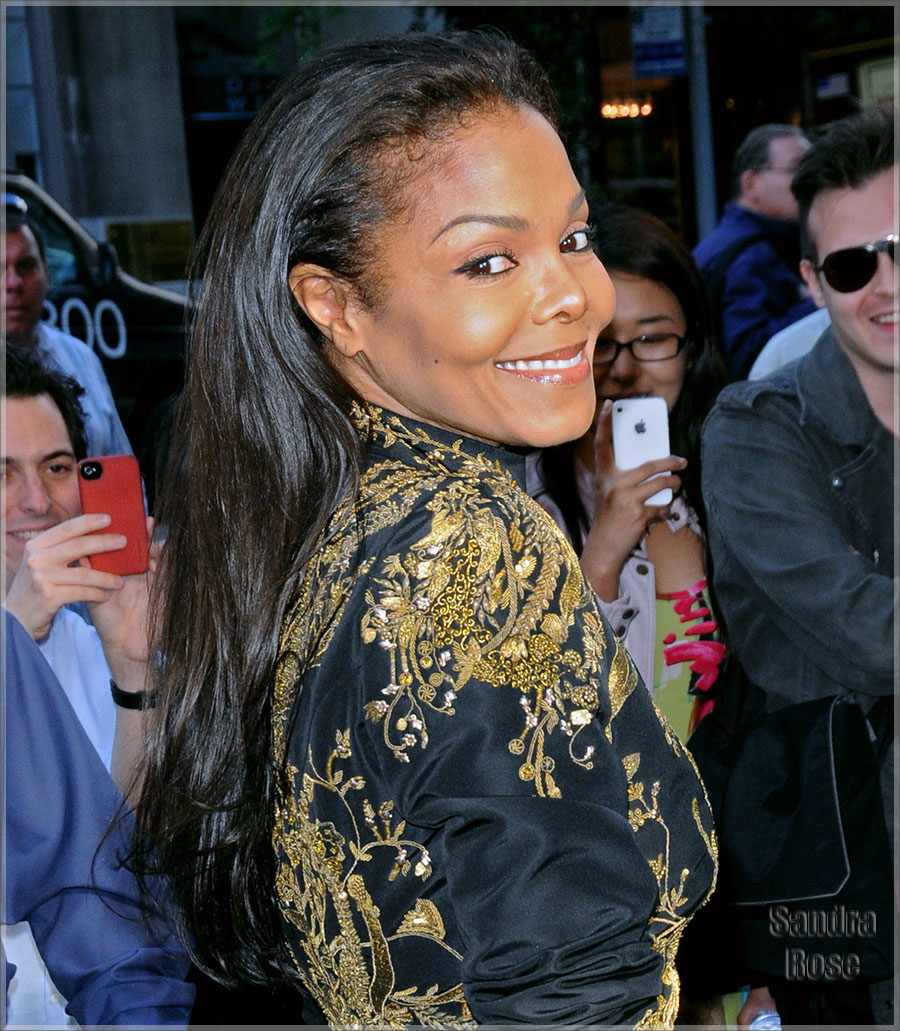 Janet Jackson shocked her fans last month when she announced she was suspending her UNBREAKABLE Tour to start a family at age 49.

On May 4, Entertainment Tonight broke the news that Jackson was pregnant with her first child.

Due to her advanced age, many assumed that the pop icon followed in the footsteps of other middle aged celebrities who conceived their babies through In vitro fertilization.

In Vitro Fertilization (IVF) is an expensive process by which a woman's eggs are harvested from her ovaries and fertilized in a lab before being implanted in her uterus. But in most cases, a woman's eggs aren't viable because they are too old and chromosomally defective.

According to the Daily Beast blog, at age 49, Jackson's eggs were not viable for IVF. So a donor egg from a younger woman was fertilized by sperm from her billionaire husband, Wissam Al Mana, and implanted in her womb.

This explains why many many celebrities in their late 30s and 40s give birth to babies who look like their husbands but show no resemblance to them.

The Daily Beast -- So what are the chances that the average woman over age 45 will get pregnant? Pretty good, but with a big catch: She will need to use donor eggs from a younger woman, a procedure that costs about $30,000—and is rarely, if ever, covered by health insurance.

In donor egg IVF, another woman provides the eggs, but the intended mother carries the baby and gives birth. The sperm usually comes from the woman’s husband, because men’s fertility typically doesn’t decline as much with age.

The good news is that donor egg IVF is often successful—54 percent of attempts end in the birth of a baby, or as high as 75 percent at the best fertility clinics. By comparison, IVF for women 43 and older using their own eggs results in a baby only about 4 percent of the time.

Why the big difference? An older woman is just as capable of carrying a baby, but her eggs are exponentially more likely to have chromosomal abnormalities, and an embryo with a chromosomal mistake can’t make a healthy baby.