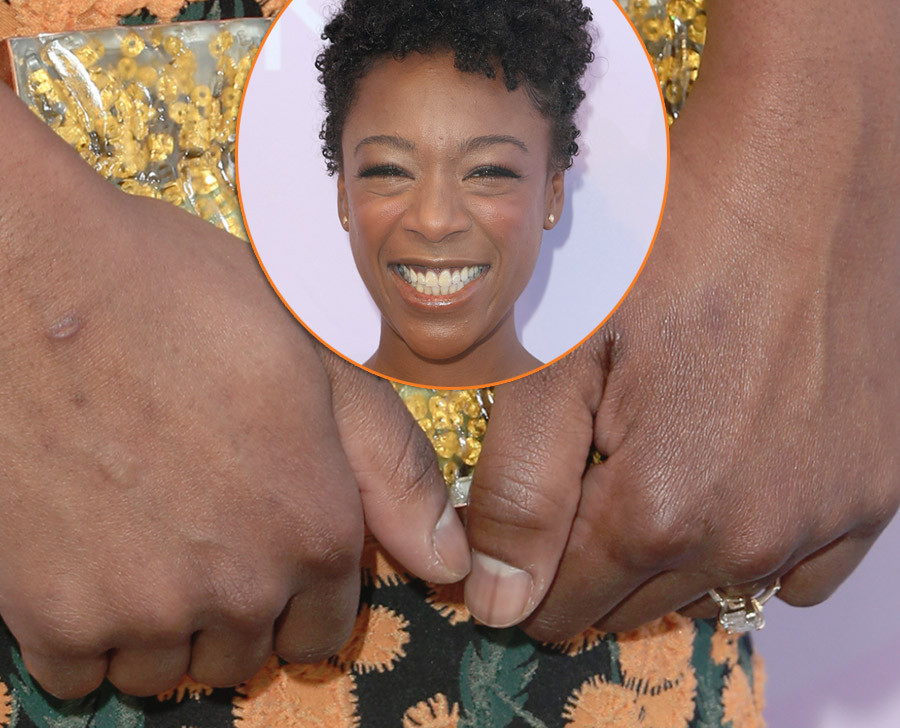 Last night, while I was editing photos, I noticed actress Samira Wiley had a dark vertical line on one of her thumbnails.

Most people have flat or slightly raised vertical lines or ridges on our fingernails and toenails. Long vertical lines that run the length of the nail are usually not a health concern.

But dark brown or black vertical lines or bands on nails should be evaluated by a doctor.

Fingernails are made of a tough protective protein called Keratin, which is the same protein found in our hair. If your nails are soft and brittle and break easily, your hair will probably be dry and brittle and prone to breakage.

Most vertical lines on fingernails are harmless and become more pronounced with age. Vertical lines or ridges can also be caused by trauma, injury to the nail, or certain medications.

The dark brown vertical line on Wiley's thumbnail is usually no cause for concern. But it could be problematic if it is not caused by a nail injury or trauma.

In the absence of injury or trauma to the nail, brown vertical lines on the nail could be a sign of melanoma or fatal skin cancer.

Dark vertical lines on nails are more common among black people. If you have dark vertical lines/ridges or horizontal ridges (Beau's lines), you should consult with your doctor or a dermatologist (skin specialist) who can better determine if the lines are harmless or cancerous, or caused by malnutrition, dehydration, or other health problems.

If you are a nail tech and you see dark vertical lines or horizontal ridges on your clients' nails, you should advise them to see a doctor right away.

What Your Fingernails Say About Your Health - WebMD