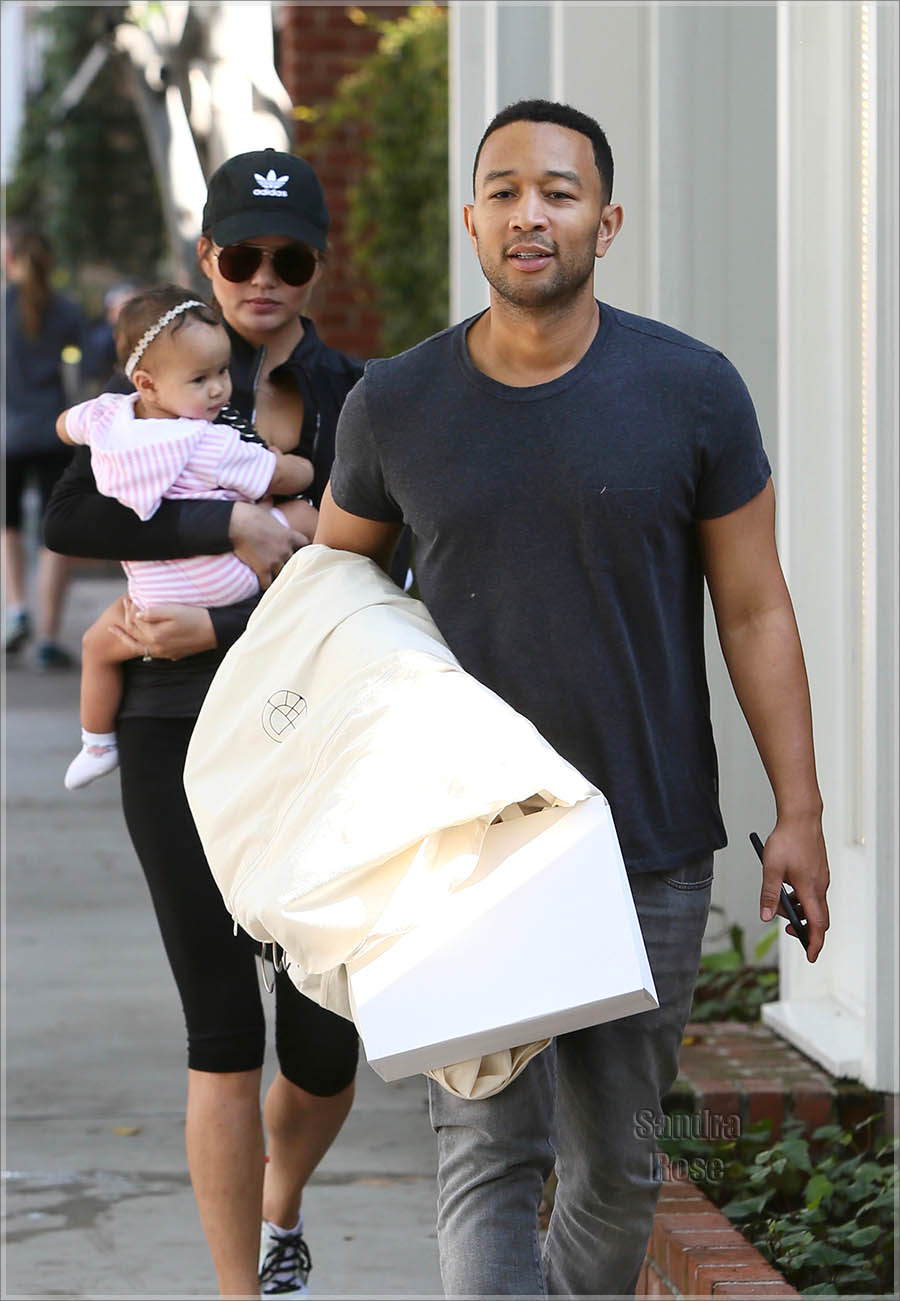 In-vitro, also called IVF, is extremely popular among Hollywood super couples who are unable to conceive naturally, such as Beyonce Knowles, 36, and Jay Z, 47, who are expecting twins this summer.

Legend and his wife Chrissy Teigen, 31, revealed they conceived their nine-month-old daughter Luna through IVF treatments. The process works by fertilizing the mother's eggs with the father's sperm outside of the womb and then implanting the embryo into the mother's uterus.

"Some people can't reproduce naturally. We're glad we had Luna the way we did, and hopefully we'll have a few more kids through IVF," John added. "We think it's a viable issue for people ... that can't have kids the old-fashioned way to do it the way we've done it."

Sports Illustrated cover model Chrissy shared last year that she chose a female embryo so John could have a daughter.

WENN -- The 31-year-old came under fire for her comments, with some criticizing the model for picking the gender of her unborn child.

However, John said in his interview to Newsweek Europe he believes it's important for a woman to be in control of when, how and if she wants a child.

"Having control over reproduction is one of the most important rights a woman has. Choosing when you want to have a child or not affects so much of your life and your body," he said.