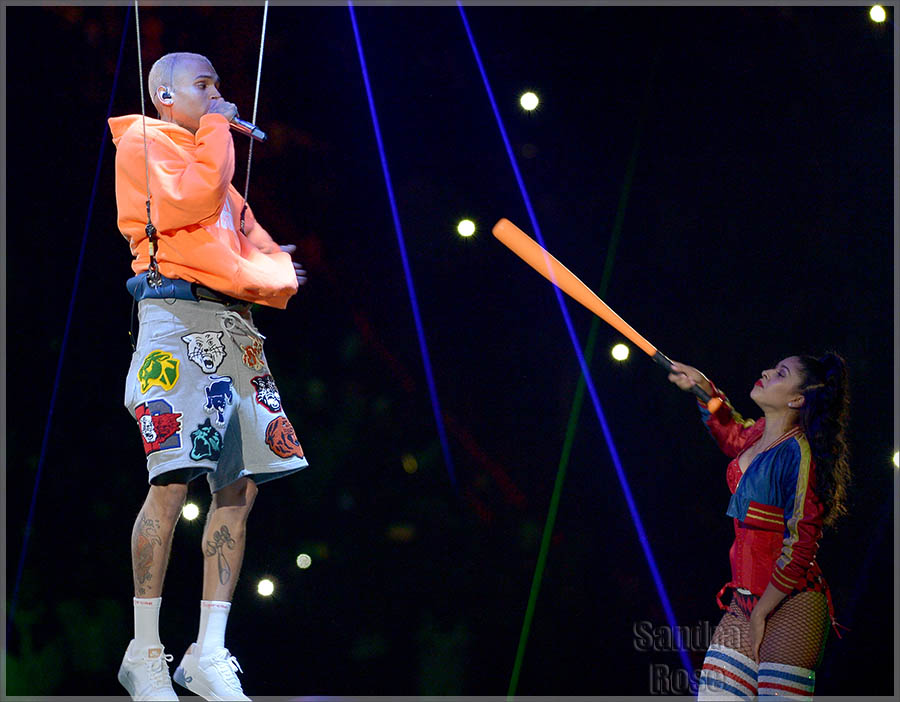 Troubled singer Chris Brown soared above the stage during his concert at the American Airlines Arena in Miami, Florida over the weekend. Brown strapped himself into a harness and performed acrobatic moves in the air as his backgrounded dancers gyrated below him. The 27-year-old also performed a risqué sex simulation onstage with one of his LSLH dancers. As you know, Brown is not fond of dark skinned women, so there is only one token sista among his dancers. Sources say Brown canceled meet and greets and only allows his road crew backstage at every stop to avoid being served a restraining order filed by ex-girlfriend Karrueche Tran. 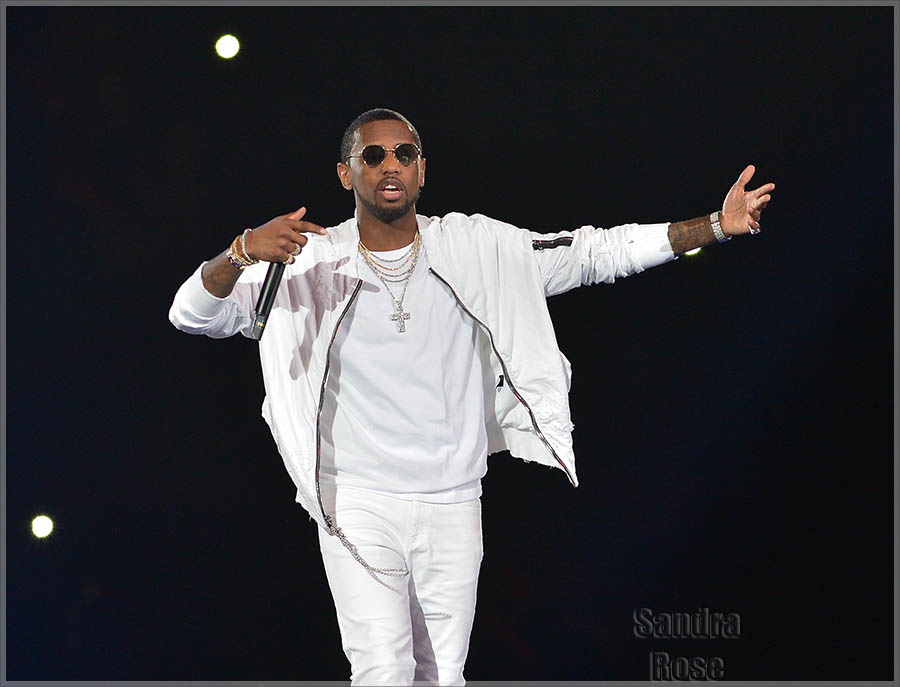 Rappers Fabolous (pictured) and O.T. Genasis opened for Chris Brown at the American Airlines Arena in Miami, Florida. O.T. Genasis is best known for his one hit song "CoCo". 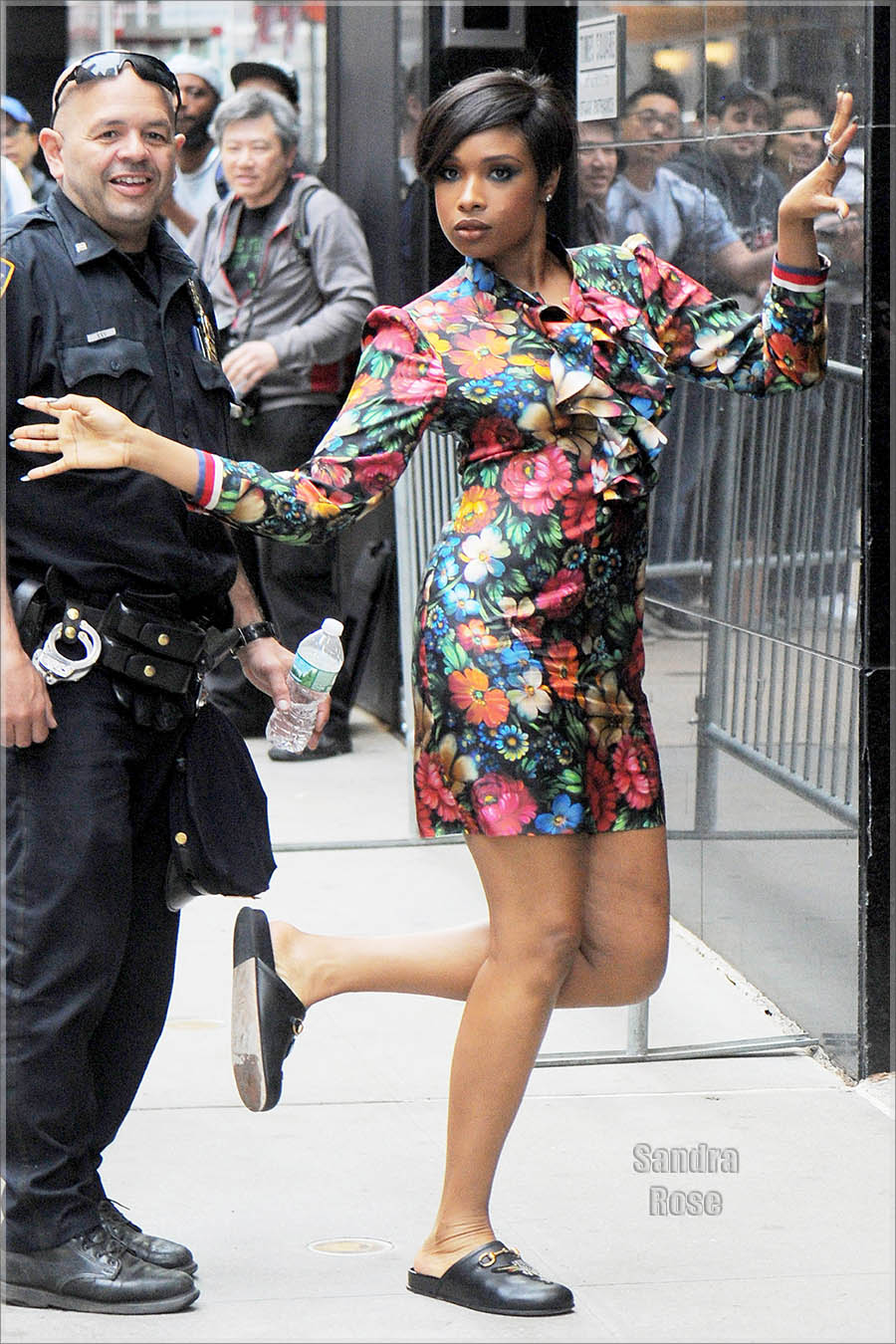 Singer/actress Jennifer Hudson was in a good mood as she arrived at the Good Morning America studios in New York City on Monday. She wore a floral print dress.