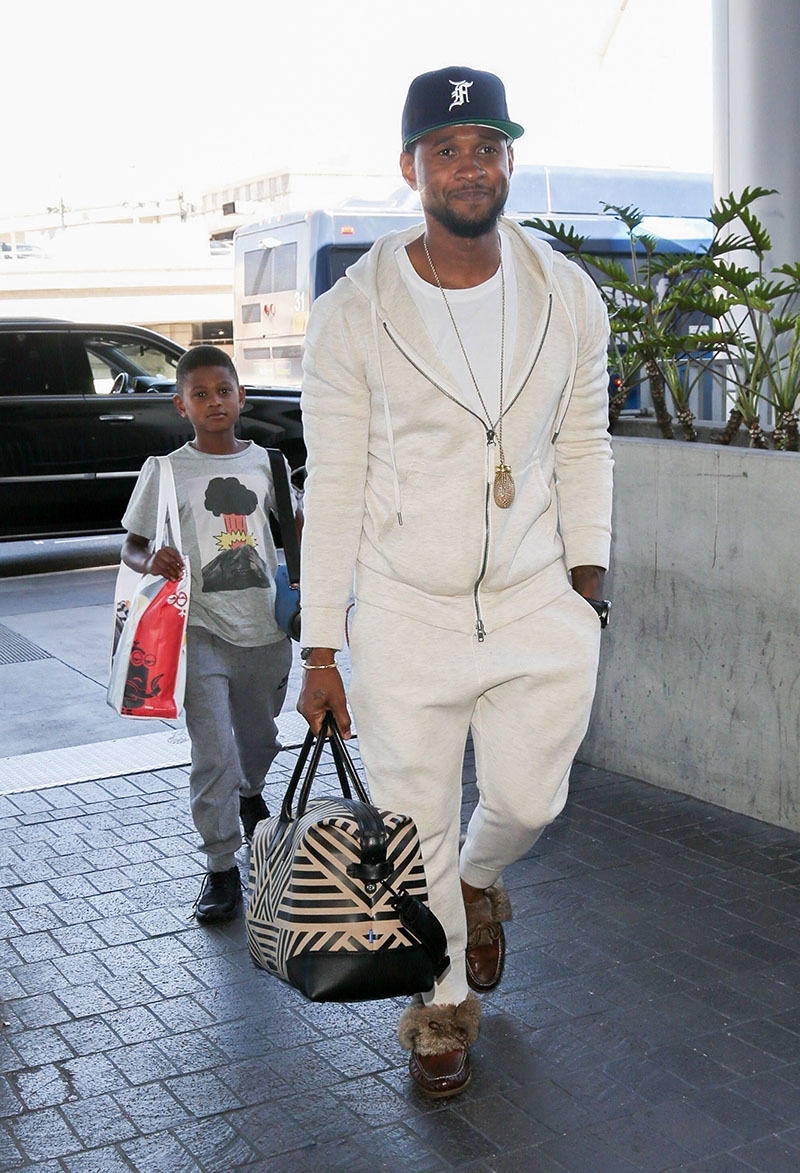 Every parent has a favorite child. For R&B crooner Usher that child is his firstborn, Usher Raymond V, aka Cinco, 9. Usher was spotted tying the young lad's shoelaces as they arrived at LAX for a flight out of LA.

Singer/actress Zendaya and her long train made a grand entrance at the red carpet premiere of Spider-Man: Homecoming at the TCL Chinese Theater on Wednesday in Los Angeles, CA. 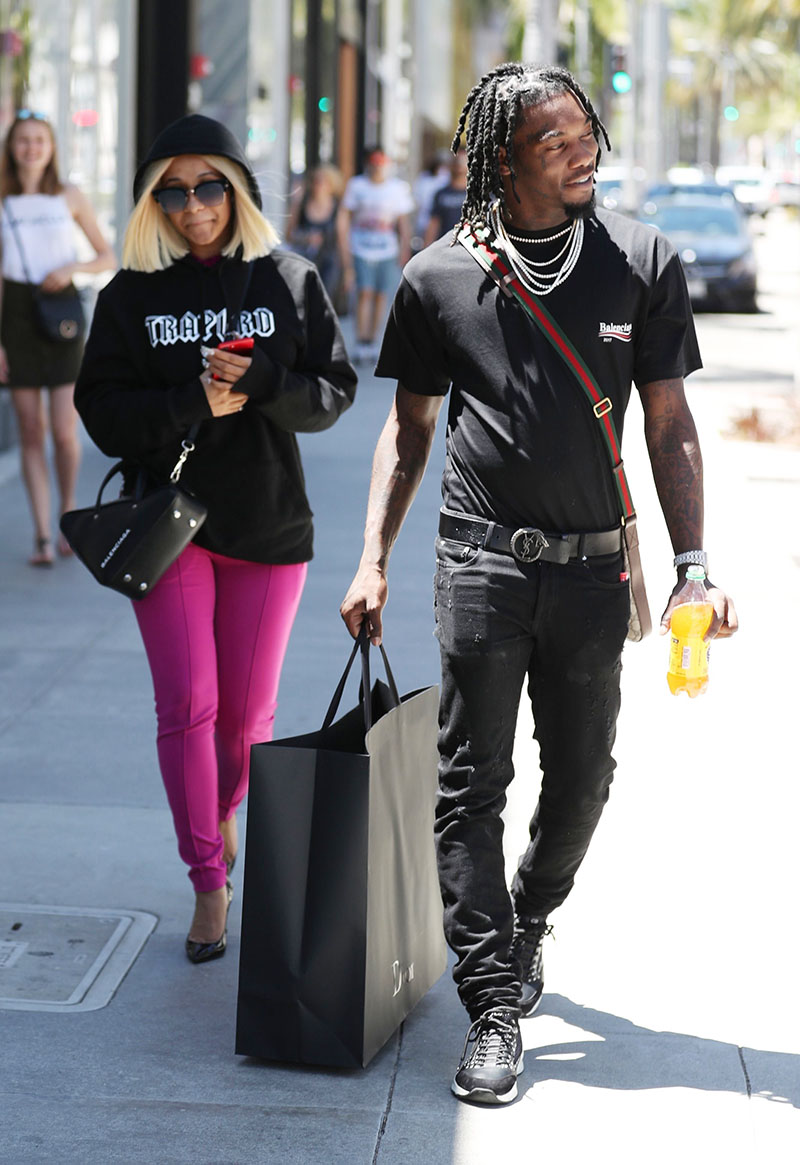 Socialite Cardi B and rapper Offset Migos were seen doing some retail therapy in Beverly Hills, CA. on Wednesday. 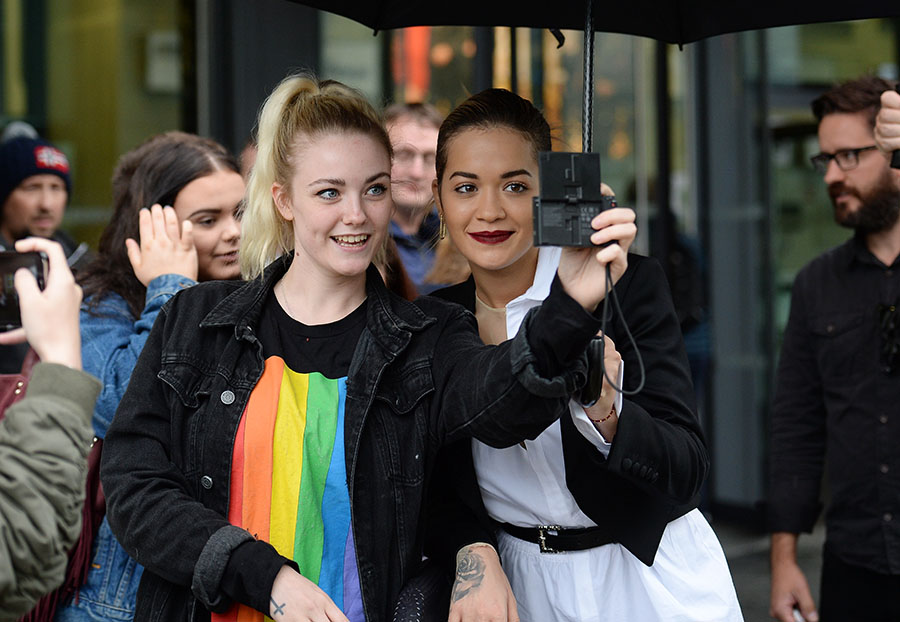 Rita Ora, right, posed for selfies with fans after leaving the BBC Breakfast studios at Media City in Manchester, England. Stars beefed up their security after a deadly terrorist bombing at an Adriana Grande concert in Manchester in May. Rita was there to appear on the morning talk show BBC Breakfast.