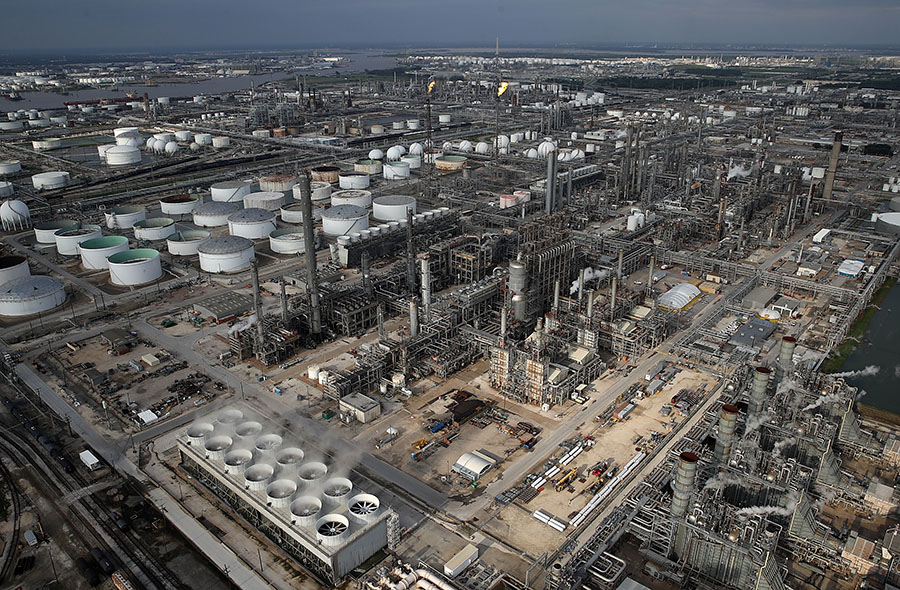 The east coast is facing the worst energy crisis in decades as gas traders rush to reroute a major pipeline that carries diesel fuel, jet fuel and gasoline to cities all along the eastern seaboard.

Colonial Pipeline Co., the second major fuel pipeline operator in the Gulf Coast, shut down its operation on Wednesday after Hurricane Harvey dumped 51 inches of rain in the region.

The shut down is a major blow to a pipeline that supplies 58.8 million gallons of fuel to the entire East Coast daily.

Major airports that will be affected by the fuel shortage (beginning on Thursday) include Atlanta's Hartsfield Airport, Charlotte and Raleigh-Durham, NC; Washington Dulles Airport (Virginia), and LaGuardia and John F Kennedy airports in New York City.

Gas stations in every major city in the east will go dry by next week if an alternate route for millions of gallons of gasoline isn't found soon.

"I've never seen a situation this bad," one East Coast market source told the Daily Mail UK. "This is going to be the worst thing the US has seen in decades from an energy standpoint."

There are reports that motorists are already rushing to the pumps to fill up their cars and gasoline containers before the inevitable gasoline price hikes and gas shortage begins.

The Explorer Pipeline, which has a capacity of 660,000 barrels of oil a day, has also shut down operations due to flooding.

Kinder Morgan Inc's 700,000-bpd oil pipeline, which originates in Louisiana and ends in the Washington, D.C., remains fully operational a spokesman said in an email to the Daily Mail.

The total shut down is about 24% of the nation's oil refining capacity.