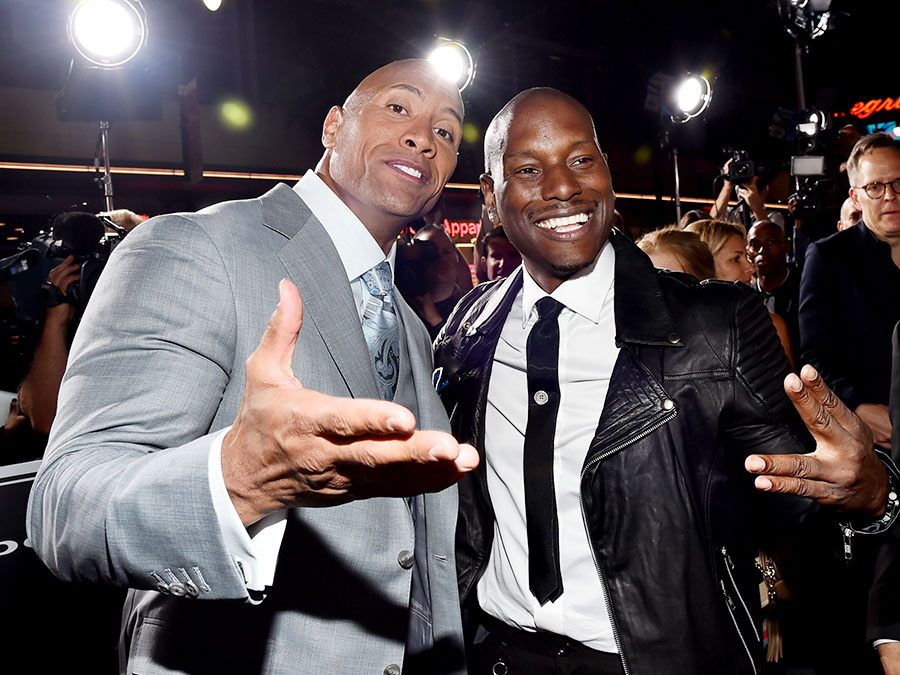 The drama unfolded when Tyrese, 38, spotted a photo Dwayne posted of himself sitting at a table in his trailer after finalizing a business deal to film a Luke Hobbs spin-off.

Dwayne, who portrays Hobbs in the movie franchise, captioned the image:

"Many productive meetings and big business deals have been sealed with a handshake at my GSD (Get S**t Done) table that's inside my trailer. This table holds a lot of great mana (spirit/power) and energy. And if these wood slabs could talk... well it's best they can't talk for national security purposes."

An emotional Tyrese then responded in the comments section:

"If you move forward with that #Hobbs Movie you will have purposely ignored the heart to heart moment we had in my sprinter - I don't wanna hear from you until you remember what we talked about - I'm on your timeline cause you're not responding to my text messages - #FastFamily is just that a family... We don't fly solo."

In follow-up posts on Instagram.com, Tyrese complained that Dwayne was ignoring his text messages. 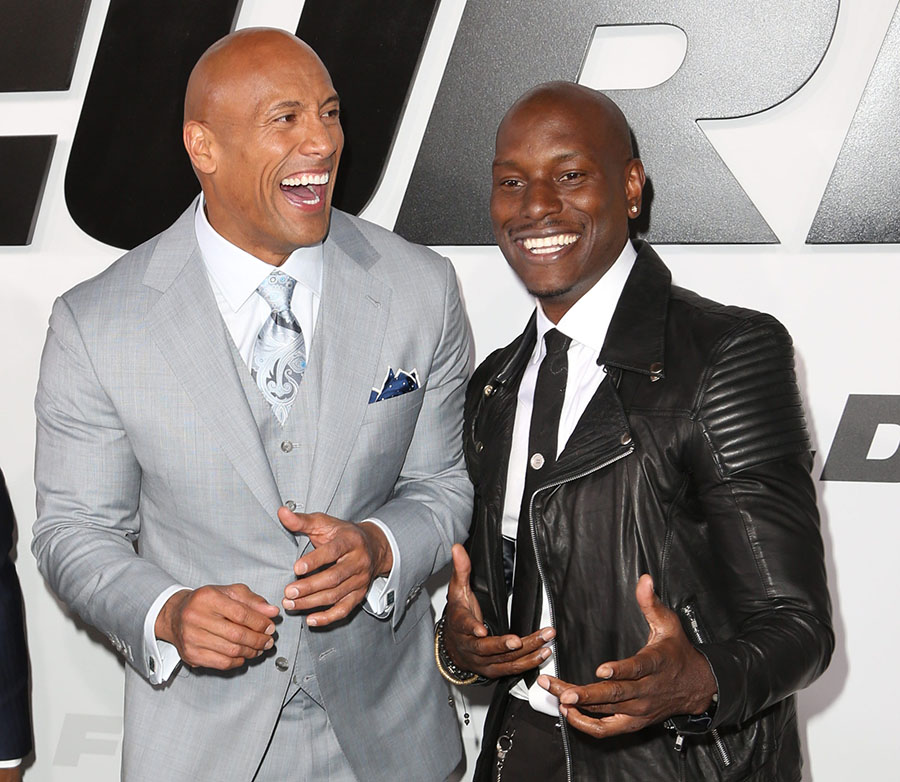 Later, Tyrese wrote a long, exhaustive post defending his emotional behavior, saying he has mouths to feed and patting himself on the back for taking private school children to one of Dwayne's movies.

"I have never and will never have a problem with this major movie star he's my brother.... I repeat ever....... bro just being honest I didn't like Bay Watch lol - but I did rent out 2 full theaters and take a bunch of kids with my daughter from her #PrivateSchool to support Moana!!!! ( I was surprised you could sing so well ).... oh s**t!!"

"I'm simply trying to reach him cause he won't call me back about this solo #HobbsMovie I want you to shoot it just not right now cause the #Fast9 release date has already been announced and we can't let our loyal fans #FastFamily or our loyal fast and furious FANS down on any level from pushing the date."

Tyrese hit a nerve when he added he only made his plea public "on behalf of our families so we keep them all in private school."

He told Johnson: "I never ever go public with private family issues. Once you hit me back I will delete every post."

When his followers slaughtered him in the comments section, Tyrese switched tactics by playing the sympathy card. He reminded his followers that he just got out of the hospital where he underwent a mysterious 3-hour surgery.

"Just got out of the hospital still recovering thank you guys for your prayers and love.... I'm a real champion and champions are never down for long.... This is not a #Rant I'm no Rock #Hater and I don't want his #Life I love my own...... I'm doing this for the #FastFamily I'm loyal and I apologize for being loyal but dammit I am."

He later deleted the rant and replaced it with a simple plea to Johnson, writing: "I don't do email bruh. You got my cell same San Diego # hit me."