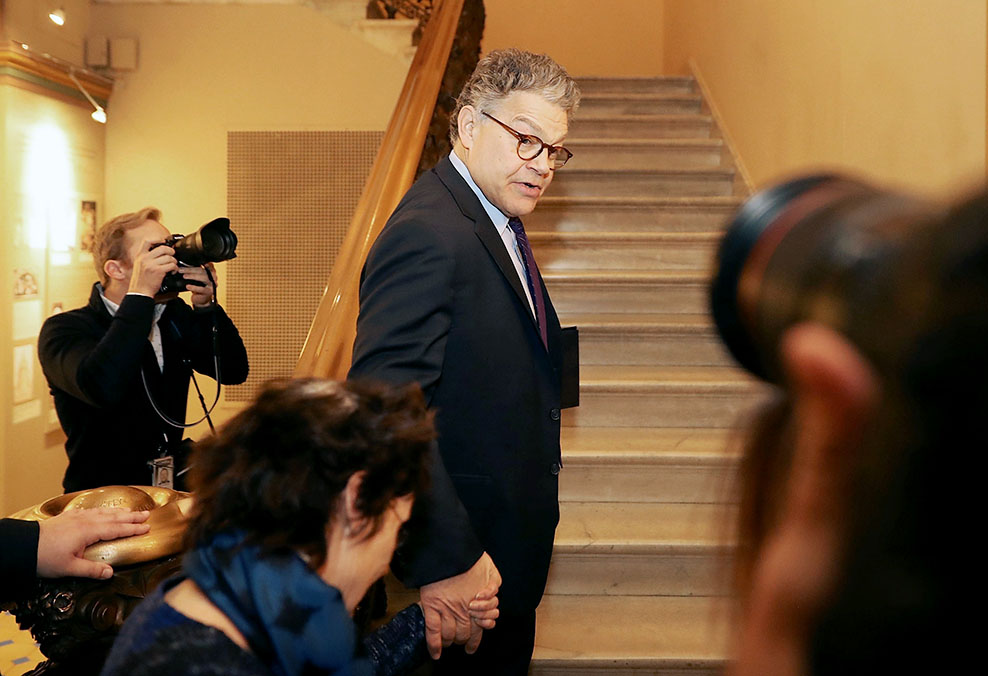 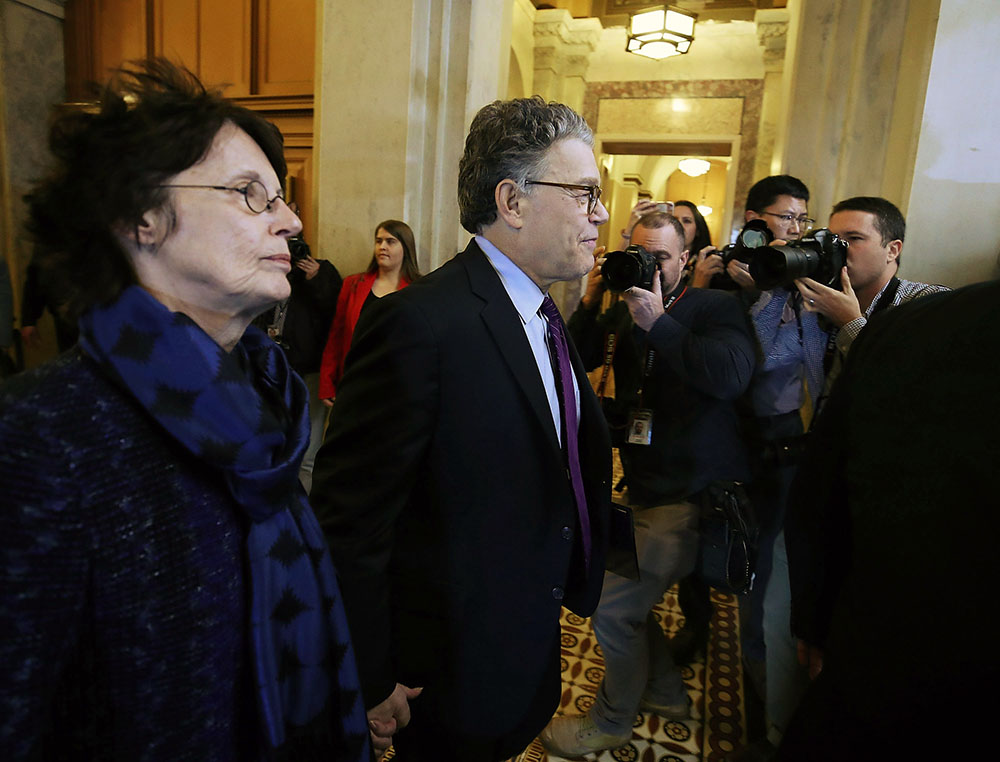 The 66-year-old Democrat from Minnesota was accompanied to the Senate Chamber by his wife Franni Bryson.

After announcing his resignation Franken took a bitter jab at President Trump, who famously bragged on tape about having his pick of women who routinely threw themselves at him.

“I, of all people, am aware there is some irony by the fact that I am leaving while a man who bragged on tape about his history of sexual assault sits in the Oval Office," said Franken.

He also ripped Republican Senate candidate Roy Moore, who he says "repeatedly preyed on young girls" and "campaigns for the Senate with the full support of his party."

Moore, of Alabama, is expected to be elected to the United States Senate next week, despite allegations of sexual misconduct by several women, some who say they were teenagers when Moore harassed them.