Mo’Nique deflected reports that she was allegedly “difficult” to work with. She blamed Tyler Perry, Oprah Winfrey and Lee Daniels for punishing her for not doing promo press for 2009’s Precious. She compared her experience to the #MeToo movement.

Whoopi quickly interrupted her, “I’m going to stop you because contractually, when you make a movie, regardless of who you sign the deal with, your job is to go and promote said movie," she told Mo'Nique. "And we’ve had this conversation and I said if you had called me I could’ve schooled you on what was expected.”

Mo’Nique responded, “And we did have that conversation and what I said to you my sweet sister, I said, ‘Whoopi, at what point do we stop saying the next time?'” Whoopi asked, “What next time?

“If I had done something wrong contractually, they would’ve sued me," she added. "The reason why no one could do anything to me contractually, because they found out I did nothing wrong contractually. So, when they asked me to come overseas to promote the film — when I said, ‘Guys, I’m spending time with my family, I’m going to pass.’ When I make the statement, ‘This is what happens when you don’t go to the room.’ What Tyler Perry showed me, Lee Daniels, Oprah Winfrey and Lionsgate, when you don’t do what we ask you to do, we’ll take your livelihood. So for eight years, my family has suffered, my career has suffered because what I would not allow those entities to do was bully me." 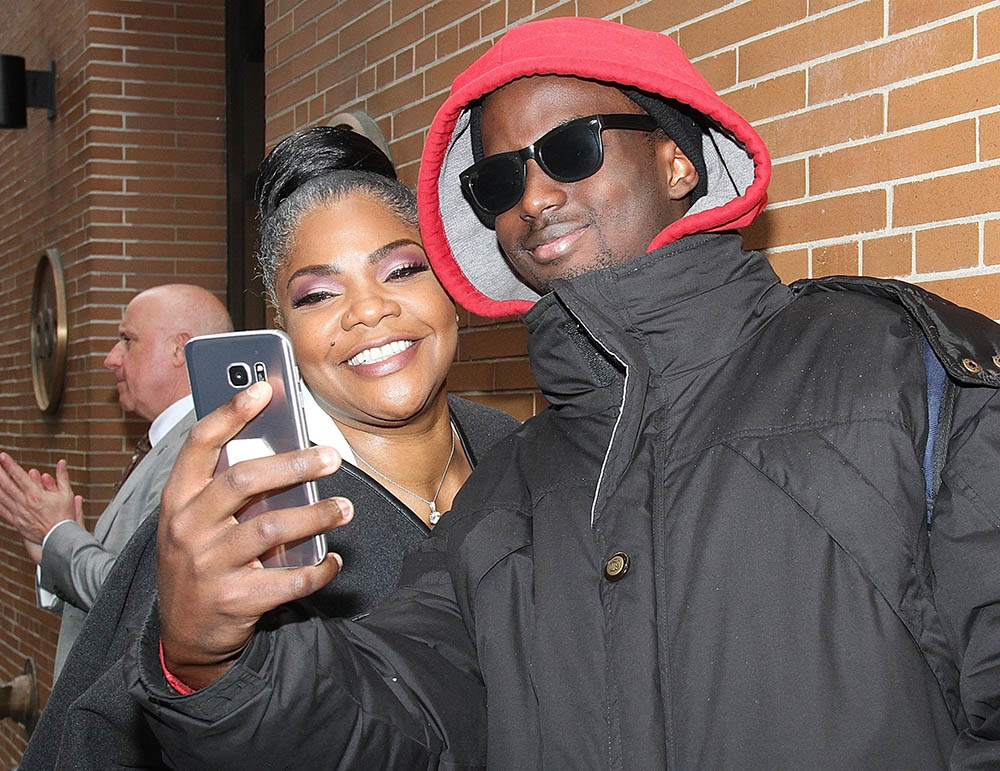 After her appearance on The View, Mo'Nique stopped to greet fans and the paparazzi outside the studio.