The original Gossip Girl series will no longer stream on Netflix as of Jan. 1, 2021. In the reboot, Emily Alyn Lind (right) plays a teenager who tires of her long-term relationship with a boy and decides to explore a same-sex relationship with Jordan Alexander's character. According to LGBT+ organizations, over 50% of all TV shows will feature LGBT+ characters in 2021.

Gossip Girl, set in New York City and Los Angeles, revolves around the antics and misadventures of a group of ultra rich privileged teenagers. Rapper Common volunteered to serve Thanksgiving meals to the homeless on Thanksgiving day in Hollywood, California. 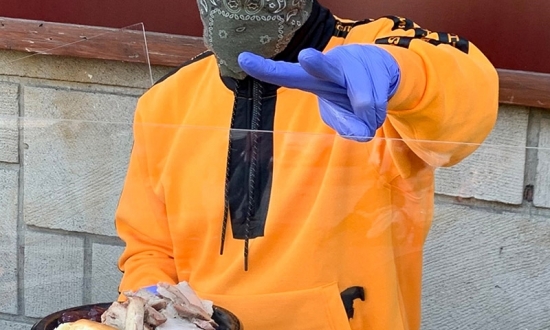 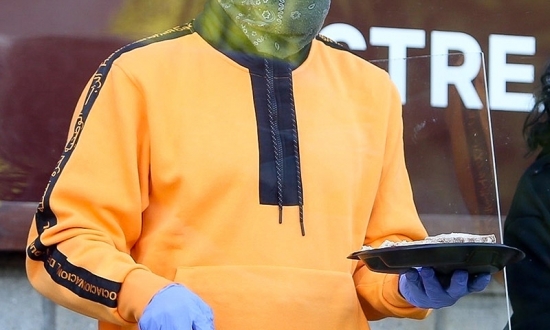 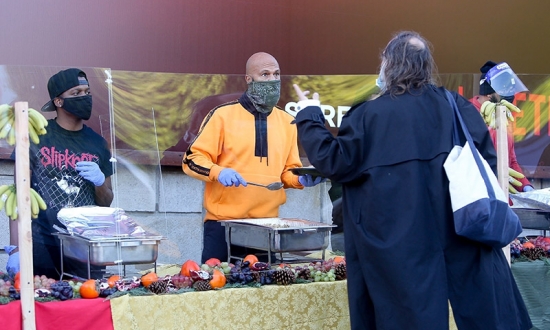 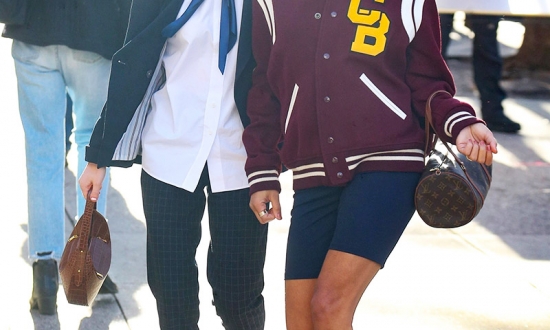 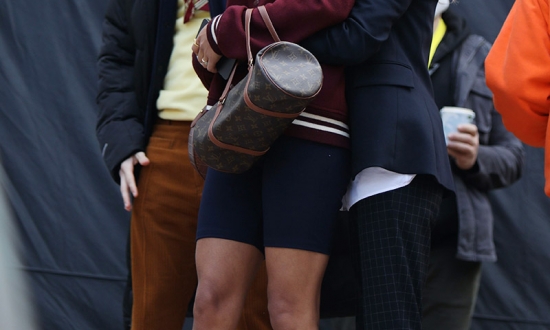 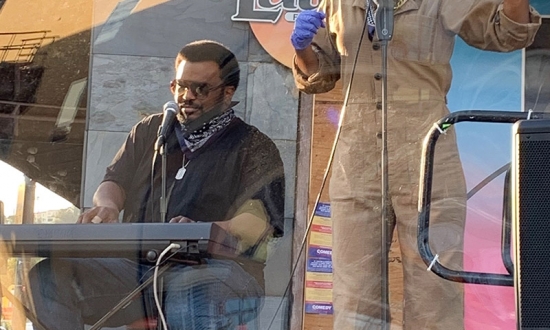 The filmmaker has teamed with Netflix for a series, titled Colin in Black & White, a six-episode biographical drama, which she'll partly direct with Kaepernick as the narrator.

Colin in Black & White will focus on Kaepernick's youth and subsequent rise to infamy as an NFL quarterback who was blacklisted for his social activism.

The 32-year-old came under fire after staging a series of kneeling National Anthem protests before San Francisco 49ers games after he was benched in favor of a second string QB in 2017.

He has since become an activist, generating support from several notable figures and corporations for his stance on police brutality against unarmed Black men. Shonda Rhimes reveals why she parted ways with ABC in 2017 after writing and producing hit TV series on the network for 15 years.

Rhimes' hit shows include Grey's Anatomy, Scandal, and How to Get Away With Murder.

In an interview with The Hollywood Reporter, Rhimes said she decided to leave ABC in 2017 and go over to Netflix because she was tired of the disrespect.

According to THR, Rhimes and network bosses clashed over budget issues, content, and, in 2016, an ad for then-presidential nominee Hillary Clinton.

"I felt like I was dying," Rhimes told THR, "Like I'd been pushing the same ball up the same hill in the exact same way for a really long time."

Rhimes, 50, recalled an incident that left her disillusioned with ABC. The showrunner had been given an all-inclusive pass to the theme park as part of her deal with the network, and when she asked for an extra pass for her sister and her daughter, Harper (pictured), an ABC executive allegedly asked her, "Don't you have enough?"

Rhimes made her decision to leave ABC and join her pals, Barack and Michelle Obama at Netflix.

She shared her concerns with Netflix's co-CEO Ted Sarandos over breakfast in 2016.

"I said, 'I just want to be in a place where I can make stuff and no one's going to bother me or make me feel like I'm beholden, and he was like, 'That sounds great to me.'"

But Rhimes said the grass wasn't much greener on the other side.

She said she experienced a "real culture shock" at Netflix, having to get comfortable with large crowds of people in her meetings.

"50 people, if you're as introverted as I am, is terrifying," she said. A grand jury in Tyler County, Texas has indicted Netflix for "promotion of lewd visual material depicting a child" when it distributed the French film Cuties.

According to a press release, the District Attorney's Office claims that Netflix, by distributing Cuties, "knowingly promote[d] visual material that depicts the lewd exhibition of the genitals or pubic area of a clothed or partially clothed child, which appeals to the prurient interest in sex and has no serious literary, artistic, political or scientific value."

A spokesperson for Netflix told PEOPLE in a statement on Wednesday: "Cuties is a social commentary against the sexualization of young children. This charge is without merit and we stand by the film."

"From cuties to Big Mouth to other movies mocking religions and exploiting children Netflix is no longer the family friendly streaming service I once believed it to be," reads a message on the campaign. Jeremy Tardy, who appeared in the first 3 seasons of Netflix's hit series "Dear White People," has exited the show amid allegations of racial discrimination.

Tardy, 29, announced he was leaving the show on Twitter.com on Friday. "Unfortunately I will not be joining Netflix's Dear White People for its fourth and final season due to my experience with Lionsgate and their practices of racial discrimination," Tardy wrote in a series of several tweets.

Tardy claims Lionsgate negotiated raises with his white co-stars, but ignored his counter offer for a raise.

"After being offered to return for several episodes my team was notified that our counter offer would not be considered and that the initial offer was the 'best and final.'"

Tardy said he and other actors "banded together" in late August to reject their offers from Lionsgate. He said Lionsgate negotiated higher offers with white actors which led to them taking the deals before everyone else had received a "fair and suitable negotiation."

"We were all aware of the notorious pay disparities between people of color and our white colleagues on Netflix and Lionsgate shows; so this made it blatantly obvious."

He continued: "These companies have recently released statements and even donations in support of the Black Lives Matter movement. I am calling out their shameful practices of discrimination and racial inequality with regard to how they have historically undervalued and lowballed people of color."

The fact that this has occurred
behind the scenes of a show which purports to address systemic issues of racism and discrimination displays the very epitome of hypocrisy.
Lionsgate. Netflix. I see you. We see you.