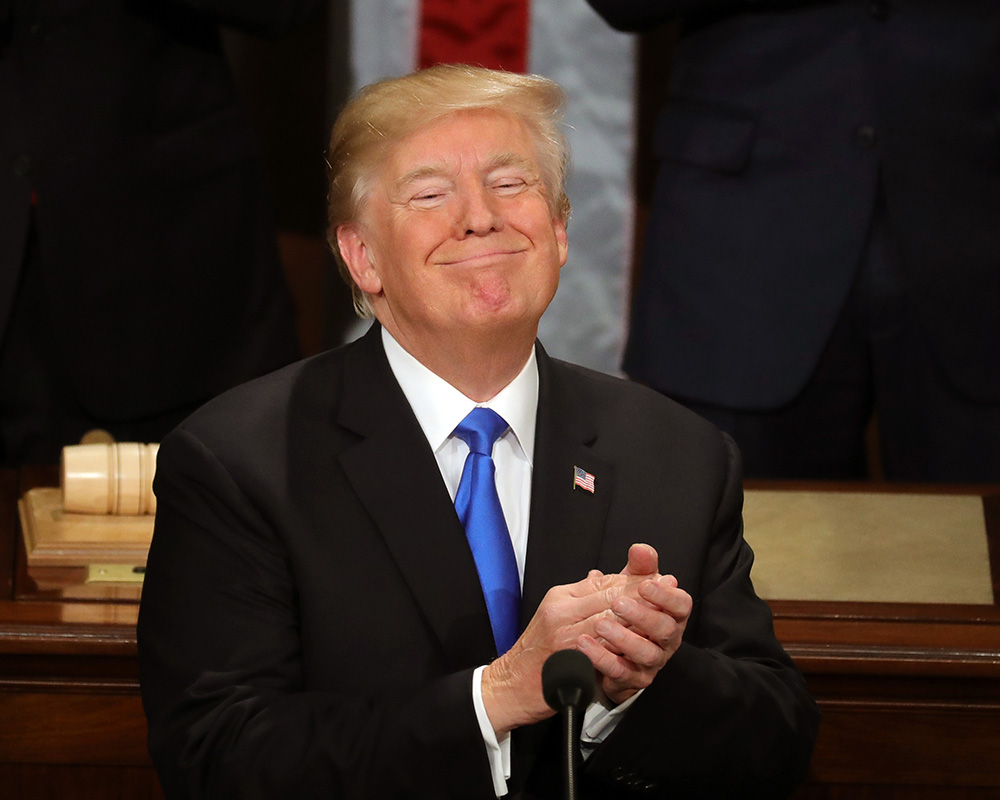 President Trump's swarthy skin color is turning off people who say they stopped using UV tanning beds because of the 71-year-old's complexion.

A recent poll shows nearly three quarters of the people who previously used a UV tanning bed would never do so again because of President Trump's orange hue.

Skin cancer charities were optimistic about the results of the poll that shows a 75% dip in people using tanning beds.

They say President Trump's orange hue could actually save lives by turning people away from the dangerous UV sun beds.

"This is a brilliant report," he added. "UV sun beds are one of the major risks of melanoma -- which can cause fatal skin cancer in small proportions of patients.

Sun beds damage skin cells by exposing the cells to dangerously high levels of ultraviolet rays. Ultraviolet is defined as radiation with wavelengths shorter than visible light but longer than X-rays.

According to the Skin Cancer Foundation, more people develop skin cancer using tanning beds than lung cancer because of smoking.