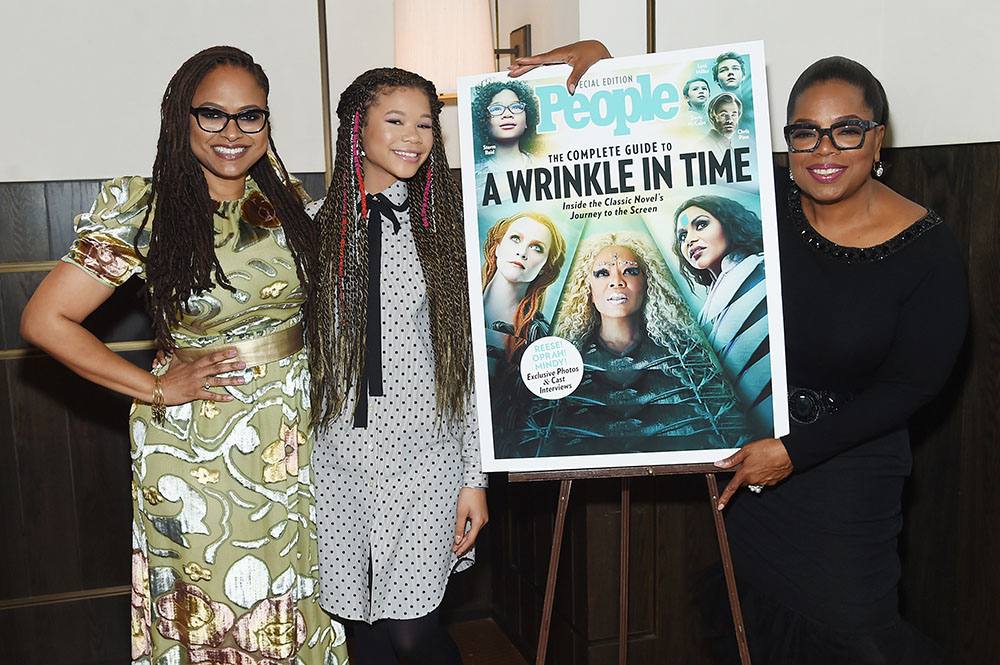 'A Wrinkle In Time' is a film adaptation of Madeleine L'Engle's book, starring Oprah Winfrey, far right, and Storm Reid, 2nd from left, as a biracial girl who travels to the future to find her Caucasian time-traveler NASA dad who somehow got lost.

The movie, which opened on March 9, received a dreadful 36 percent score on Rotten Tomatoes and generally bad reviews from other critics.

Slate's movie critic Aisha Harris reported that the movie "stumbles" and "can't quite find its groove."

The director corrected one user's comment: "*2 Black directors in the 1&2 spot. Both making history* Fixed it for you".

At some point, DuVernay tried to change the focus to race and black hair, probably hoping to distract moviegoers from the bad reviews.

DuVernay complimented writer Kyle Buchanan for asking a strange question about the "subtle, resonant" insecurity that Reid's character had for her hair.

DuVernay tweeted: "You were the only Caucasian journalist of any gender to see it, understand it and seriously ask me about it. Appreciate the chat, the sensitivity and the writing".

To another writer, she tweeted: "You had wonderful questions about black girls, self-esteem around issues of standardized beauty and our hair. Thank you."

"[T]he criticism of 'A Wrinkle in Time' has less to do with race and more to do with film content. Perhaps she should learn from her mistakes, rather than suggesting her film's failures can be attributed to the blindness of "Caucasians."