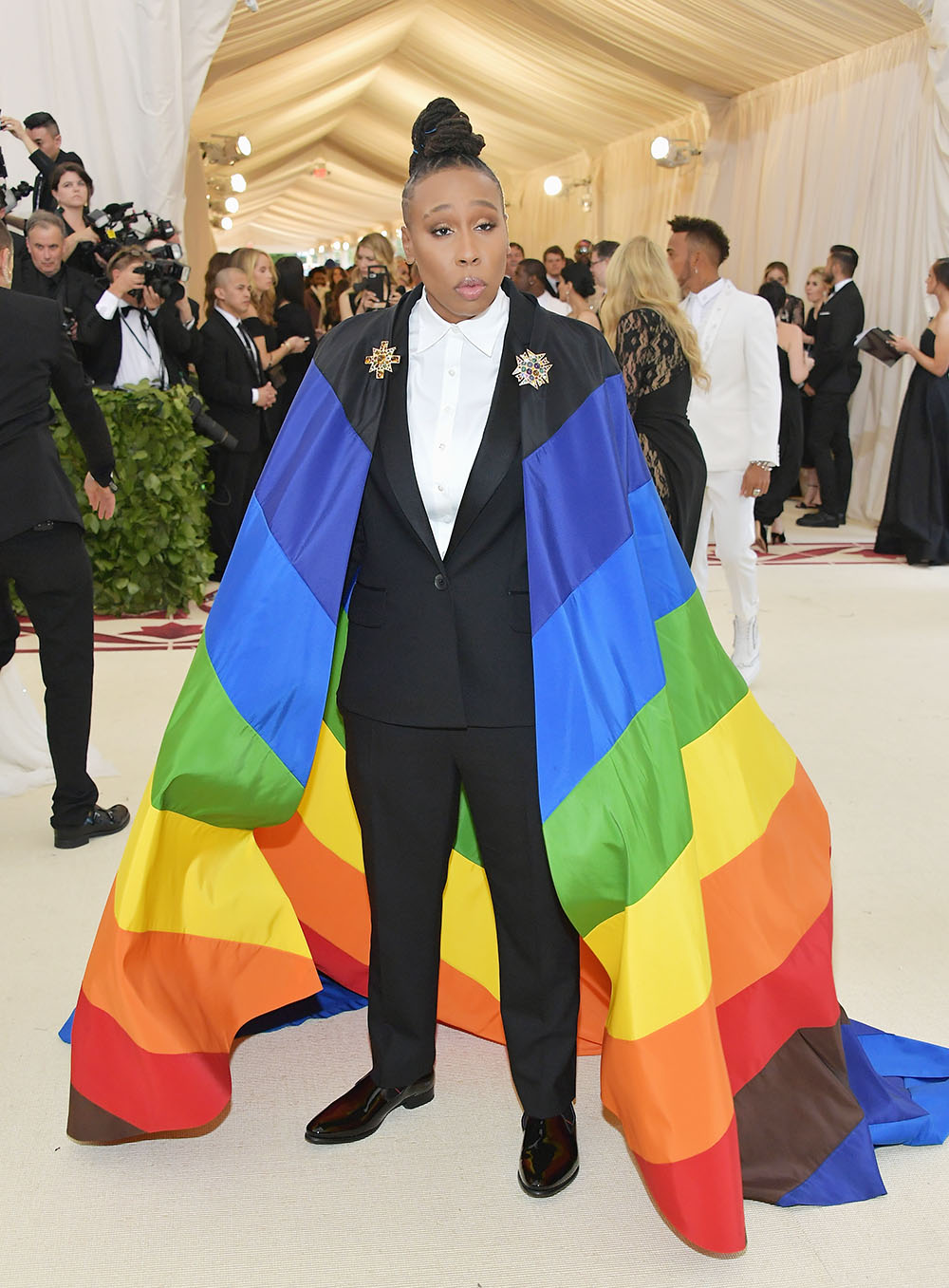 Lena Waithe made an anti-religion fashion statement at the 2018 Met Costume Gala on Monday. The 33-year-old screenwriter wore a rainbow cape over her black tuxedo to protest organized religion.

The rainbow flag is a symbol of LGBT pride. Waithe, who is openly lesbian, wore the flag fashioned into a cape over a black gabardine tuxedo designed by Caroline Herrera to protest Catholics and Christians who oppose homosexuality and gay marriage.

Waithe, pictured with "Pansexual" singer Janelle Monáe at the Met Gala, became the first black lesbian to win an Emmy for writing a comedy series.

In her acceptance speech, she thanked her LGBT family including her girlfriend.

"I see each and every one of you. The things that make us different, those are our super powers. Every day when you walk out the door and put on your imaginary cape and go out there and conquer the world because the world would not be as beautiful as it is if we weren't in it," she said.

Lizzo claps back at fans criticizing her see-through dress: ‘Kiss my fat black a**!’