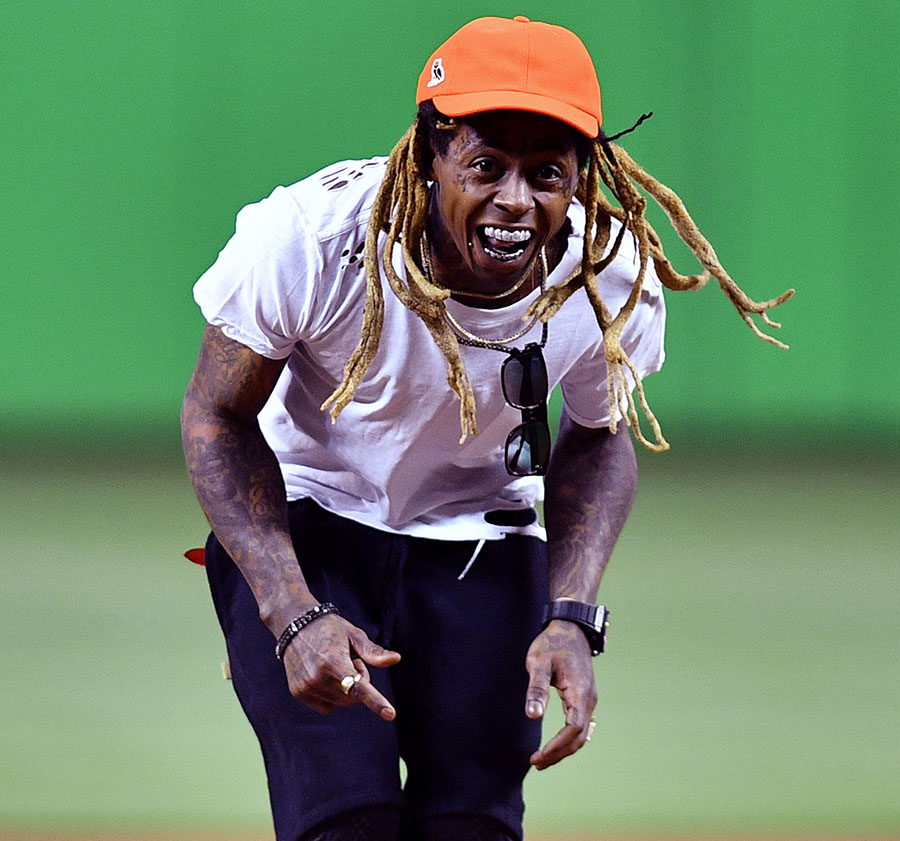 Rapper Lil Wayne has reportedly won a major settlement in his legal battle with Cash Money Records. Wayne, 35, is pictured laughing after throwing out the first pitch before the game between the Miami Marlins and the Washington Nationals in Miami in May.

The rapper filed a $51 million lawsuit in 2015 against Bryan 'Birdman' Williams, his Cash Money Records label, and its parent firm Universal Music Group over money he said he was owed for his long-delayed album Tha Carter V. 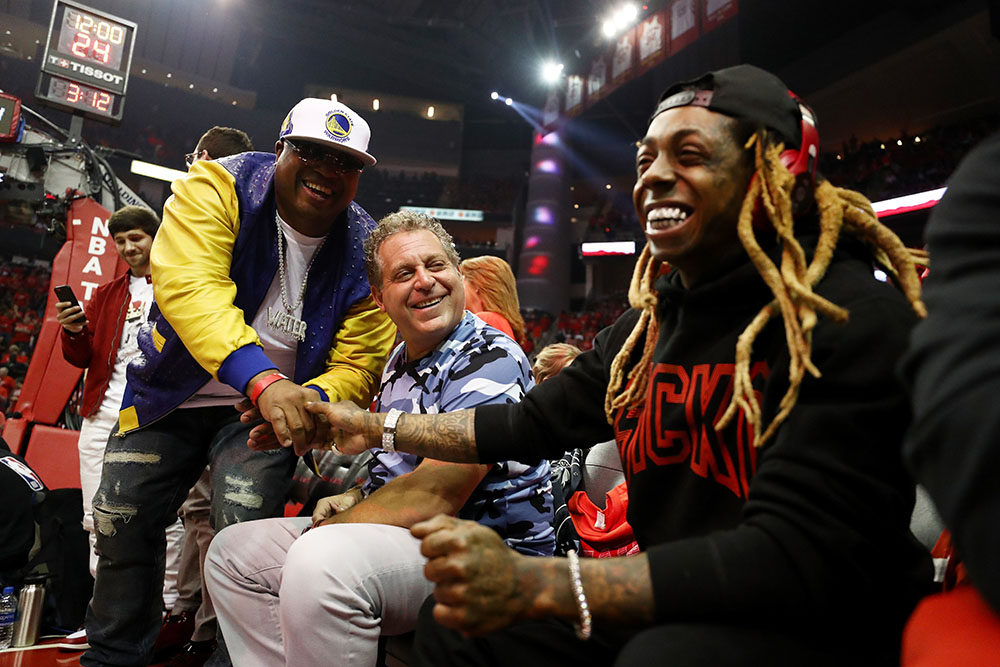 In the new settlement, Universal agreed to payout a sum "well over $10 million" to keep the rights to release the long-awaited album Tha Carter V as well as the rights to Drake and Nicki Minaj's work.

Wayne previously claimed Birdman refused to release the album even though it had been completed in 2013.

Court documents obtained by The Blast show Lil Wayne's attorney filed a legal notice on May 23 stating that all sides agreed to dismiss Wayne's lawsuit.