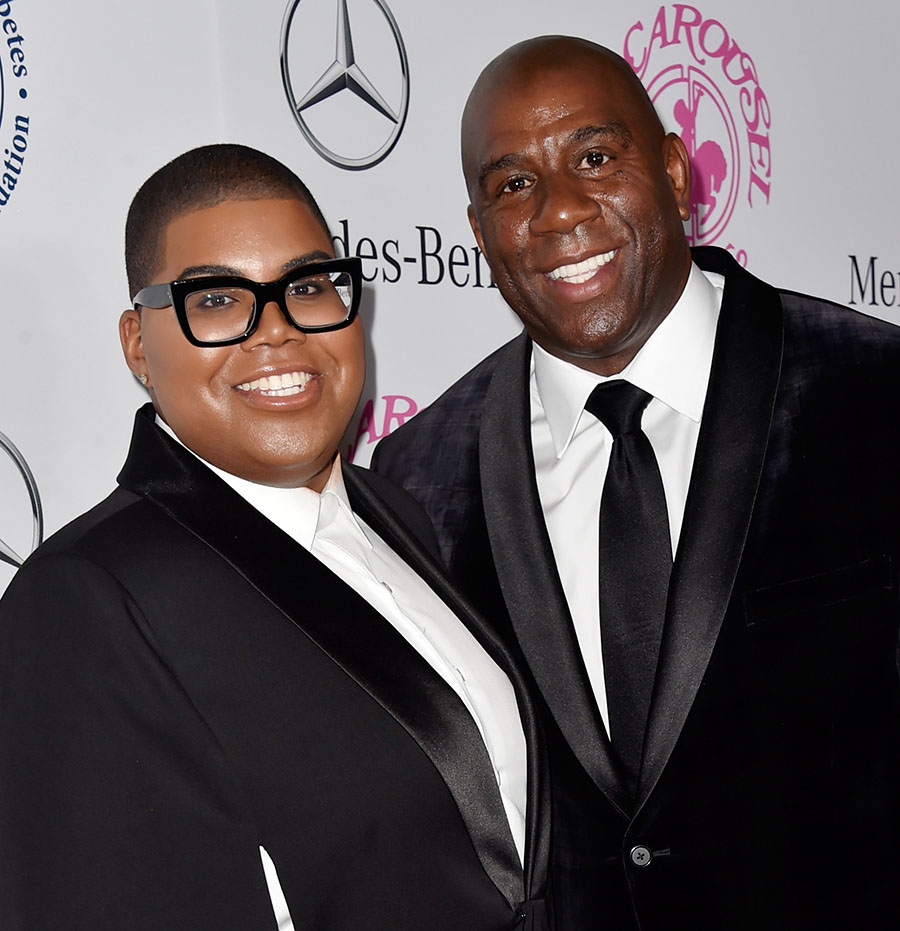 EJ Johnson, the flamboyant youngest son of NBA legend Magic Johnson, said his father broke down and cried when he came out as gay.

EJ and his mother, Cookie Johnson, were guests of Jada Pinkett-Smith on Monday's episode of Red Table Talk.

“We had the talk with Dad and that was a little tough,” Cookie, 59, told Jada. “My husband is the kind of person like he reacts quickly. Everything that came to the top of his head, he just let it out.”

“It hurt my feelings and I know it probably hurt [EJ’s] feelings.” Cookie recalled Magic, 58, saying, “This is not what I wanted for my son. And do you realize what you’re saying because the world is not going to like that and do you want to live this life?"

Cookie, who knew her son was gay (a mother always knows) said she and Magic sat down and talked about his outburst.

Afterwards, I told him, I said, ‘I thought that was a little tough. That wasn’t right.’ Then he didn’t say anything,” Cookie said.