The New York Times reports that the famed director and actress paid actor and musician Jimmy Bennett $380,000 in an out-of-court settlement.

The Times reports that Bennet, now 22, was barely 17 when the older woman lured him to her hotel room to have sex with her.

In a letter to Argento in April, her lawyer, Carrie Goldberg, acknowledged the $380,000 settlement and referred to "sh---y people" taking advantage of her.

“We hope nothing like this ever happens to you again,” Goldberg allegedly wrote. “You are a powerful and inspiring creator and it is a miserable condition of life that you live among sh--ty individuals who’ve preyed on both your strengths and your weaknesses." 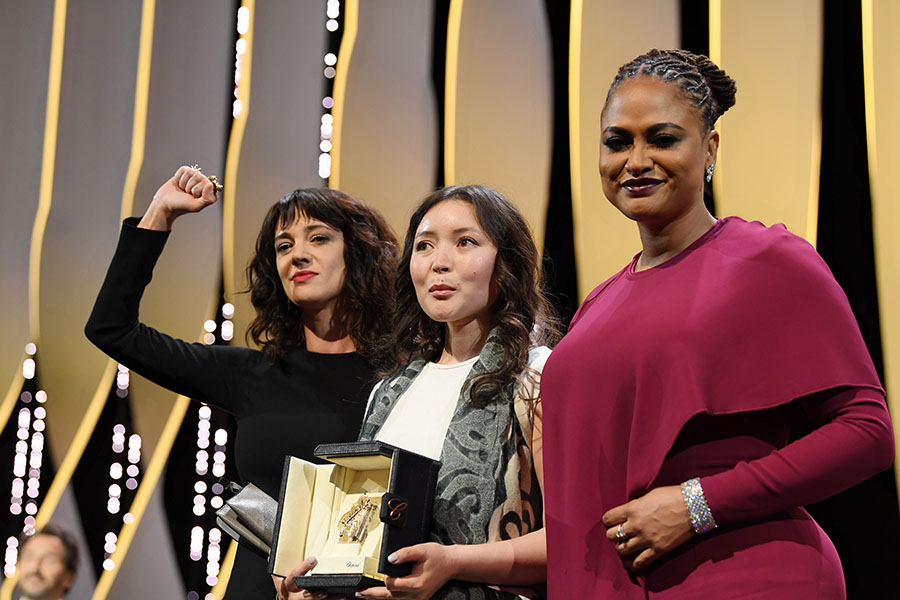 Bennett filed a lawsuit against Argento seeking $3.5 million after she went public with her Weinstein sex harassment story and became the face of the #MeToo movement last year. She is pictured left with actress Samal Yeslyamova, center, and director Ava DuVernay, right.

In court documents obtained by The Times, Bennett alleged he was lured to Argento's California hotel room on May 9, 2013, where she plied him with alcohol performed a sex act on him before initiating intercourse.

She captioned one image: "My son my love until I will live".

Under another image, she wrote: "Happiest day of my life reunion with @jimmymbennett xox".

Bennett was only 7 years old when Argento, now 42, cast him in her 2004 film The Heart Is Deceitful Above All Things. Argento is pictured above with Bennett in a scene from her film.

Argento is the former girlfriend of CNN celebrity chef Anthony Bourdain who took his own life in a Paris hotel room earlier this year.

My son my love until I will live @jimmymbennett marina del rey 05.2013

Happiest day of my life reunion with @jimmymbennett xox