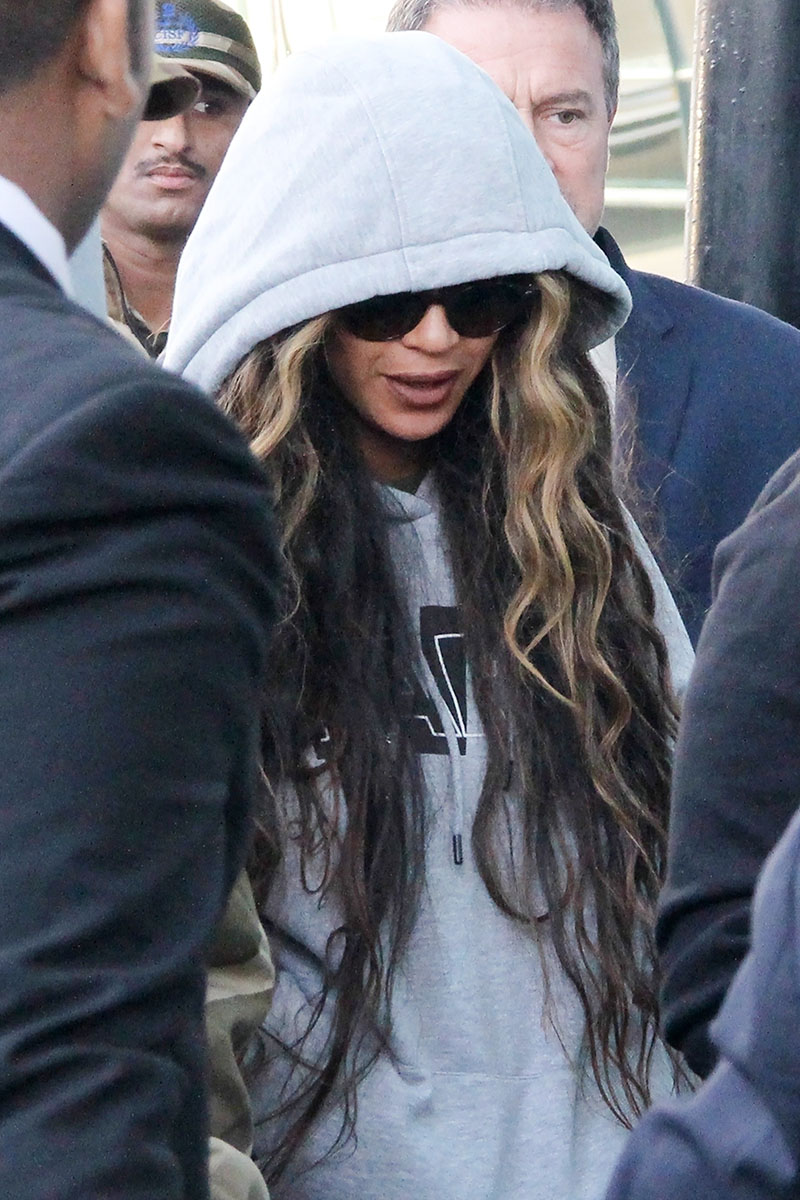 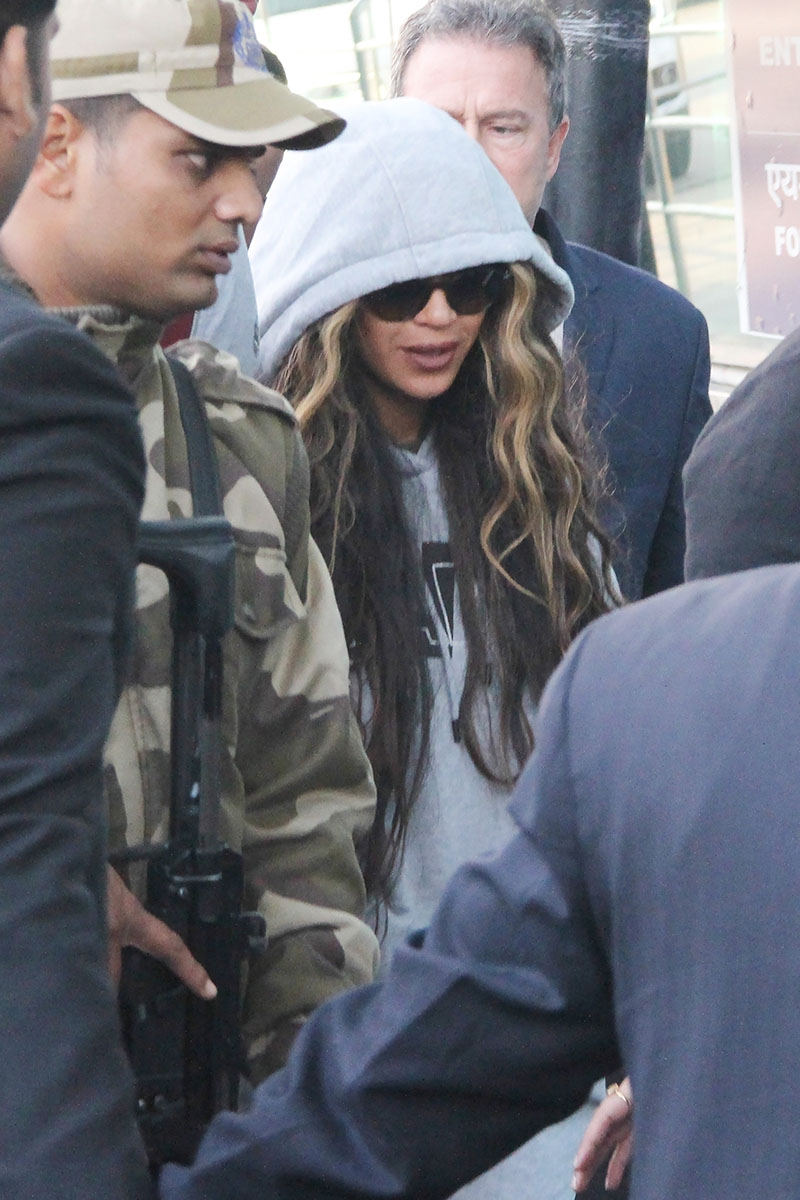 This should come as no surprise. Beyonce has reportedly gone under the knife at least a dozen times during her 28 year career. The 37-year-old singer is reportedly struggling with the onset of a midlife crisis.

The mom-of-three was spotted leaving Udaipur, India after performing at a high society wedding. The singer tried to hide behind dark sunglasses, bundles of hair weave and an oversized hoodie.

Beyonce tried to keep a low profile while leaving Udaipur after performing at Isha Ambani's wedding. Isha is the daughter of India's richest man, Mukesh Ambani.

The international superstar was surrounded by a wall of heavily armed law enforcement and her own highly-paid security team as she arrived at the airport.