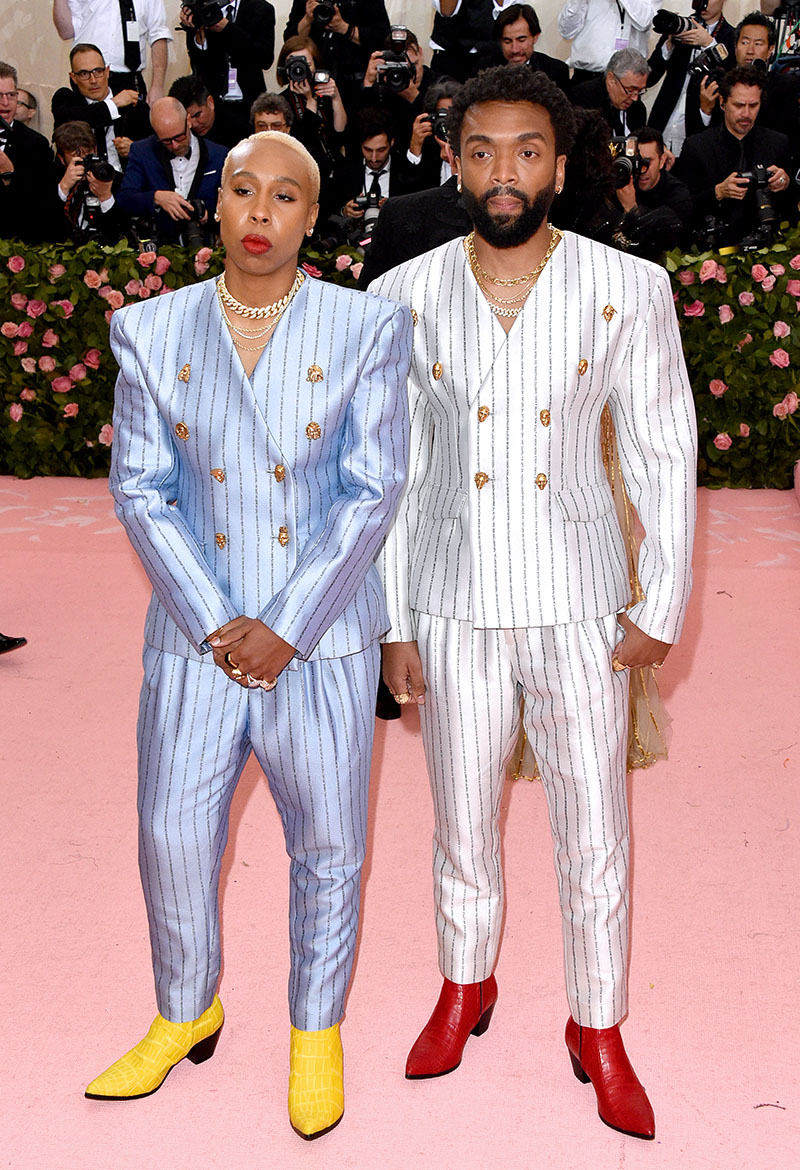 Lena Waithe was caught in a lie about the misspelled statement on the back of the tailored suit she wore to the Met Gala on Monday.

The 34-year-old openly lesbian screenwriter rocked a tailored suit that read," Black Drag Queens Inventend Camp" on the back.

Social media users pointed out the misspelled word "Inventend", which Lena claims was intentional and purposeful.

"Everything I do is purposeful!" she tweeted in response to the questions about the misspelling.

She explained to reporters that the tailored suit, which featured lyrics to Diana Ross's hit "I'm Coming Out," Sister Sledge's "We Are Family," and Gloria Gayor's "I Will Survive,", was intended as a protest of society's heteronormative standards.

Lena took to Instagram to settle the confusion once and for all.

In her post, she said the word "invented" was misspelled as "Inventend" to put "heavy emphasis on the "D".

She continued, "That extra D in the Invented might mean a lot of things - but it's definitely a fuck-you to the heteronormative ways of doing things..."

Confusion reigned in her comments, as one Instagram user informed Lena that there is no extra 'D' in "invented."

Lena responded "but the N puts more emphasis on the D."

Moments later, an IG user exposed Lena's lie by noting that her designer, Kerby Jean-Raymond (pictured above) already admitted the misspelling was an error.

"He said they were using a certain font typeface (Pink Floyd) and the graphic person did extra lines to mimic this typeface. He said the design went through 20 plus people without being caught."

This is a teaching moment for Lena to make sure everyone in her camp is on the same page.