In the piece written by Baxter Holmes, ESPN details a runway train with seemingly no one at the controls in the Lakers front office. 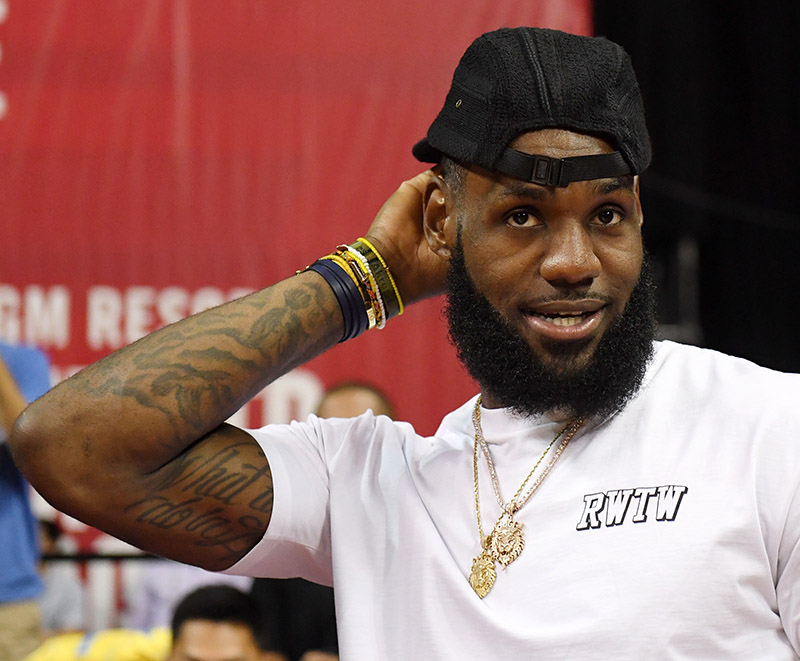 After failing to reach the NBA playoffs in 6 seasons, the Lakers thought signing superstar LeBron James would be the answer to their problems. But his signing added to the chaos and uncertainty in the front office.

Fans quickly turned on LeBron after they discovered he was only interested in being in Los Angeles to further his movie career. 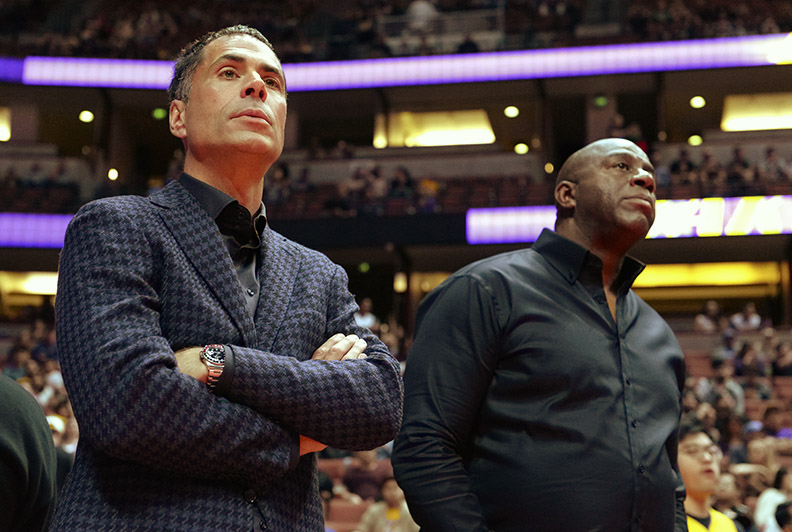 Former President of Basketball Operations Magic Johnson fled last month. He soon revealed the distrust and backstabbing that went on behind closed doors.

The atmosphere of distrust and finger pointing led general manager Rob Pelinka to distance himself from Magic Johnson, who bolted for the door, leaving the franchise in limbo. 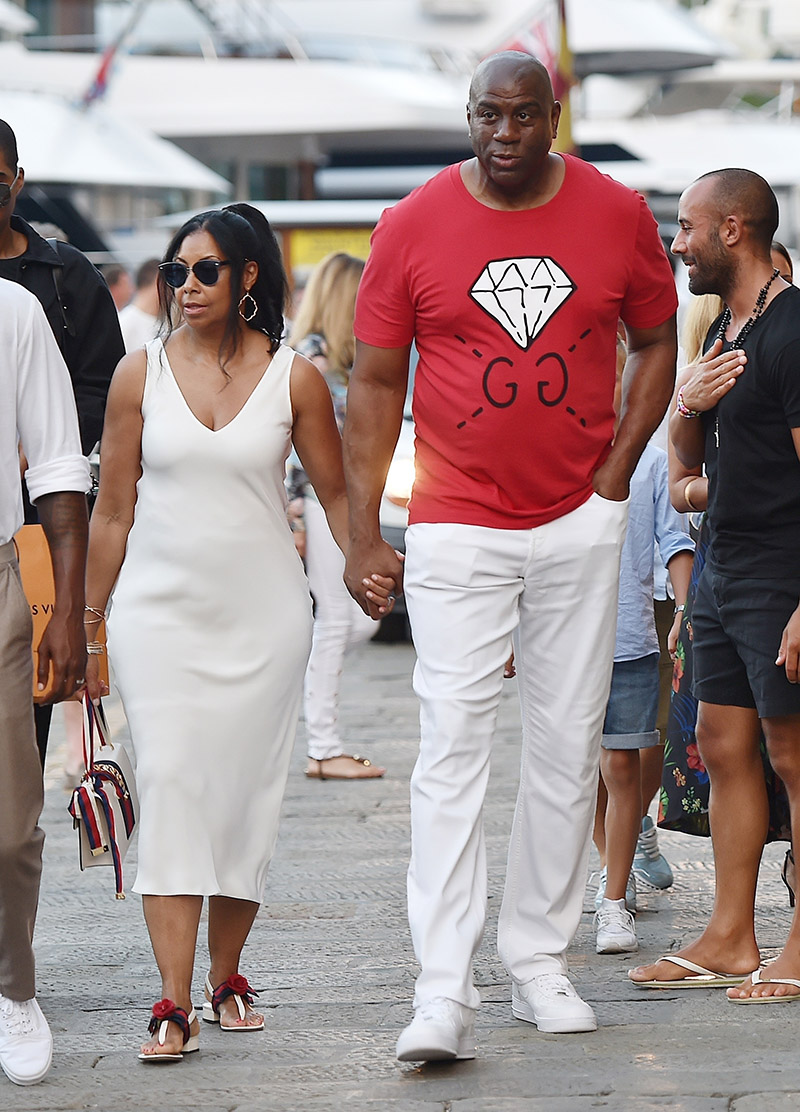 "I had more fun on the other side than on this side, because now, tomorrow I would have to affect somebody's livelihood and life,” said Magic, pictured vacationing with wife Cookie in Portofino, Italy in 2017.

Johnson also said he "didn't like all the back stabbing" and people outside of the organization telling him what to do.

Magic told First Take that agents warned him about Pelinka, but he thought he would give the GM a chance.

via The Big Lead -- The most revealing information to come from Holmes' articles were the stories about Pelinka and Johnson's personalities. According to Holmes' sources, Johnson isn't this happy-go-lucky smiling face he projects to the public. In actuality, he's a stern boss who's quick to reprimand employees of any level. As far as Pelinka, he's reportedly more deceitful than the reputation he amassed as an agent. This is best exemplified through a largely untrue story about his client Kobe Bryant meeting Heath Ledger following The Dark Knight.