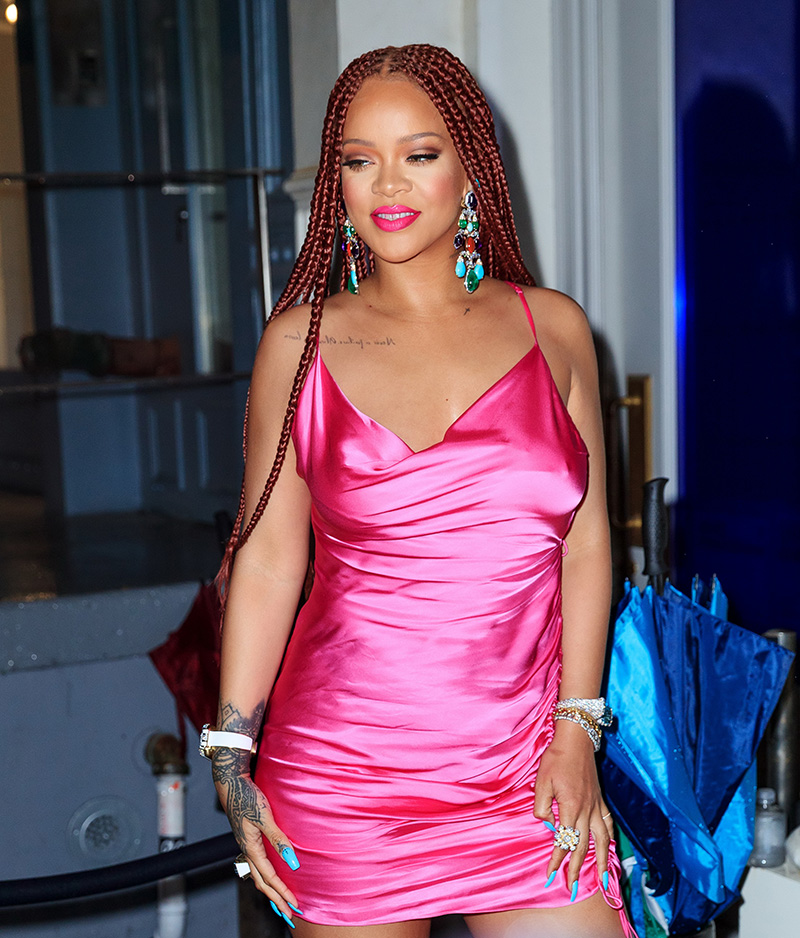 Rihanna's fans are concerned after she appeared frail and emaciated at a Fenty event in New York City on Tuesday. Rihanna wore a loose-fitting pink sateen frock.

Fans called the 31-year-old Barbadian native "thick as a Snicker" last year. But she took offense to the term and hit the gym to lose the extra pounds. She was noticeably thinner at an event last month. There was even a rumor that she was cutting back on drinking and smoking in order to get pregnant by her billionaire beau. 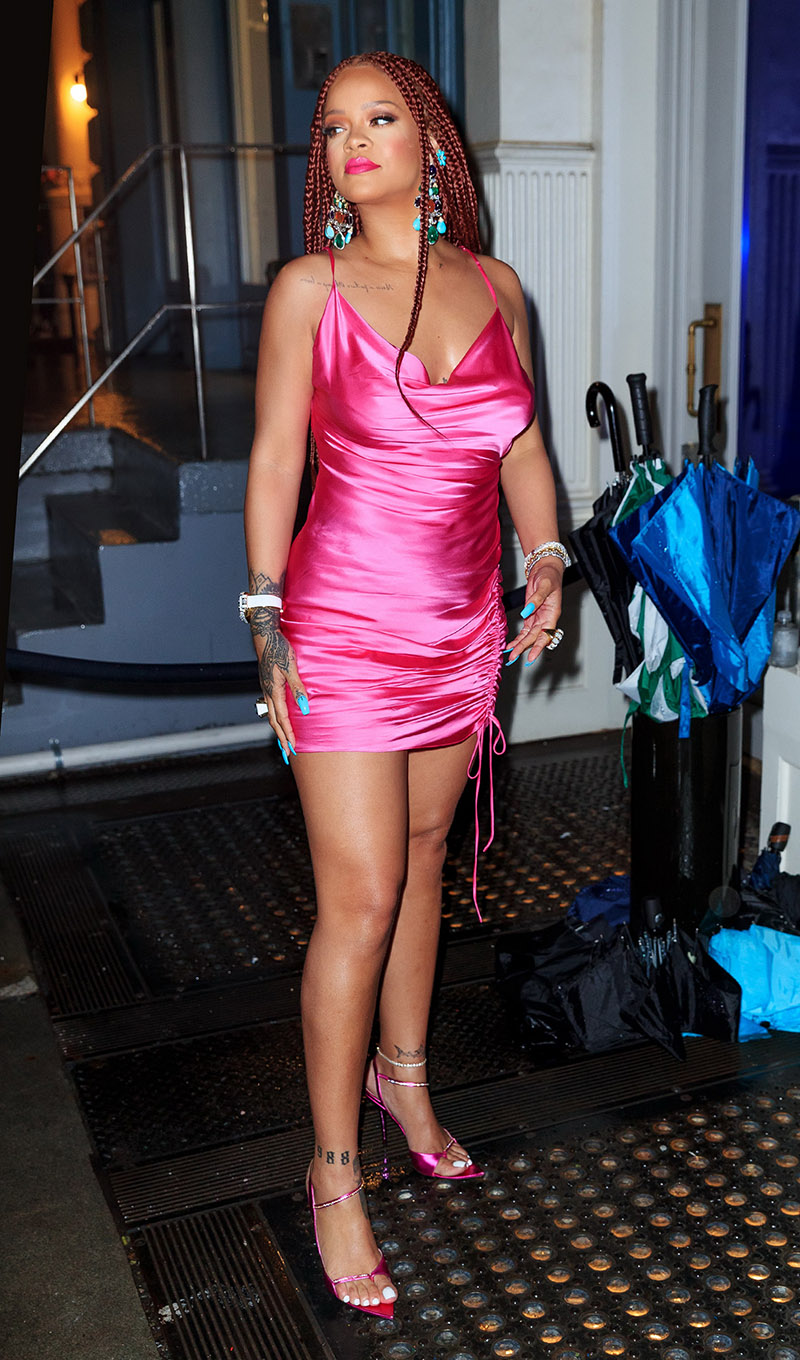 In an interview with British Vogue, she feared that she would lose her hips and breasts if she dropped too much weight.

"I'm about to get back into the gym and stuff, and I hope I don't lose my butt or my hips or all of my thighs. I'll lose some but not all," she told the magazine. "And I think of my boobs like 'Imma lose everything, everything goes!' But, you know, it comes with a price. You want to have a butt, then you have a gut."

According to weight charts the ideal healthy weight for a 5ft 8in woman is 148 Pounds. This is based on the middle point of the recommended body mass index score of 22.5 for her height.