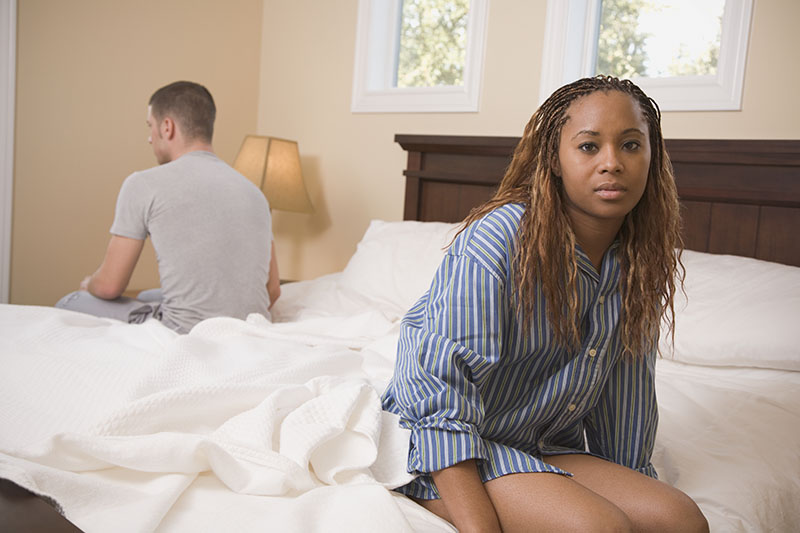 A Black woman who is married to a white Trump supporter claims her marriage is on the verge of ruin due to her husband's political affiliation. The woman, who goes by the username @GlassButterfly on Twitter, claims her husband is starting to hate her for nagging him about Trump.

"My white Republican husband is starting to hate me because the longer we live through this administration the "BLACKER" I become. Any interracially and opposing politically affiliated couples going through this? Like... I have NO idea how to balance who we are..or are becoming".

Her tweet was retweeted thousands of times before it was deleted. Some of her followers sympathized with her, while others suggested divorcing her husband. They say two things that don't mix are oil and water and Black women married to white Trump supporters.

"I'm of Japanese and European descent. I was married to a "man" like yours and NOTHING ever changed except that he got worse. Needless to say he's LONG gone and my children and I are MUCH happier!!! Good luck!!"

I didn't realize this tweet would get this much attention. I don't even know how to answer everyone as I am new to twitter. Thank you all for your advice and love. It made me cry. I'm trying to come to terms with who my husband really is and it hurts, it's hard and I'm confused.

The hate is REALLY REAL out here..so is the LOVE. I said my "White Republican Husband " didn't call him a MAGAT! But complicity to me is the same thing. Until the GOP constituents take their head out the sand and stop believing 45s lives he's gonna continue to separate not only

Children at the border...but also American families who identify as Dems and Republicans. According to this tweet I'm not the only one going through having a divisive home. I don't think my husband hates me but it's how he makes me feel when he says certain things and because

He's not the greatest communicator...I'm left with just my feelings. I love him...I know he loves me and for the black delegation with all the hate spewing...shame on you and I'll be praying goodness eventually find your heart. This world is filled with too much hate already!

Twitter Bans Memes, Viral Videos, Images of Private Individuals
Instagram changes how you scroll through posts – then quickly deletes the changes
Former Facebook exec: ‘You are Being Programmed’, ‘God only knows what it’s doing to our children’s brains’