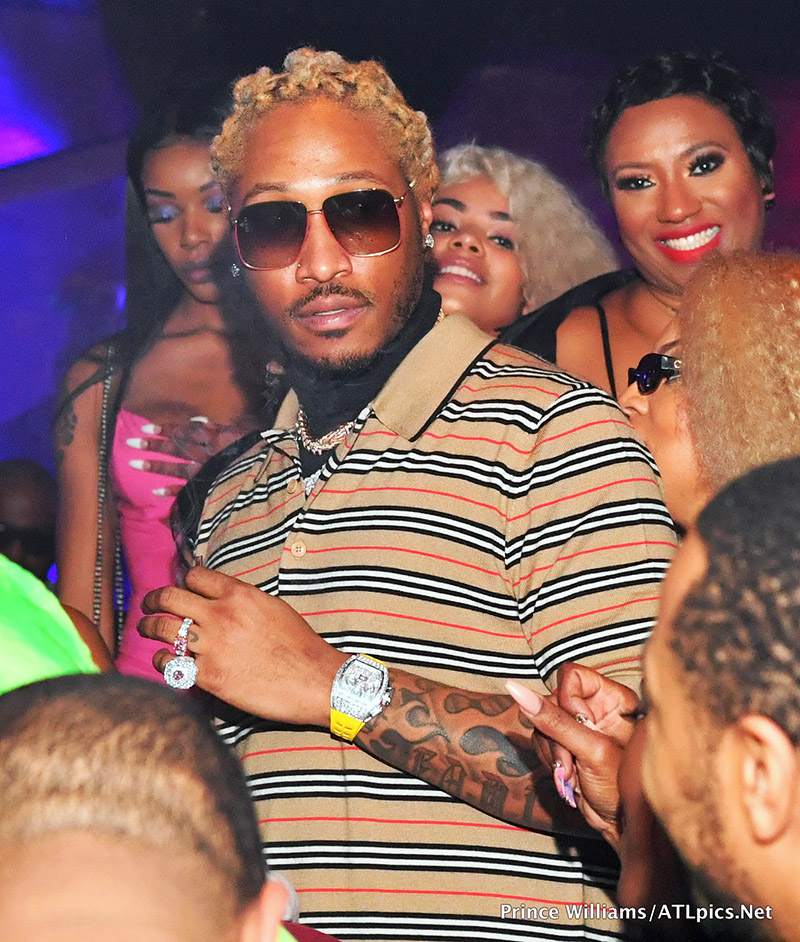 The Blast reports that Future, real name Nayvadius Wilburn, rushed to court last month to silence his 7th baby mama who filed a paternity case against him in Broward County, Florida, where she resides.

Eliza is asking for retroactive and current child support for her daughter. She has been very vocal on Instagram about Future's alleged failure to support his youngest child.

The 35-year-old Atlanta rapper already has six children with as many baby mamas, including part-time singer Ciara, mom to his son Future Zahir Wilburn, 5.

Future's lawyer filed a motion asking a Florida judge to slap a gag order on Eliza.

Now Future is one step closer to getting his wish.

This week a Florida judge set a hearing date for November 8, 2019 to determine if Eliza should be ordered to keep her trap shut.

This is an interesting development.

Normally a judge would order the accused baby daddy to provide DNA to prove or disprove his paternity. But that hasn't happened in this case.

Is it possible that Future is not Reign's daddy? If that is the case, Sandrarose.com's readers owe him an apology.