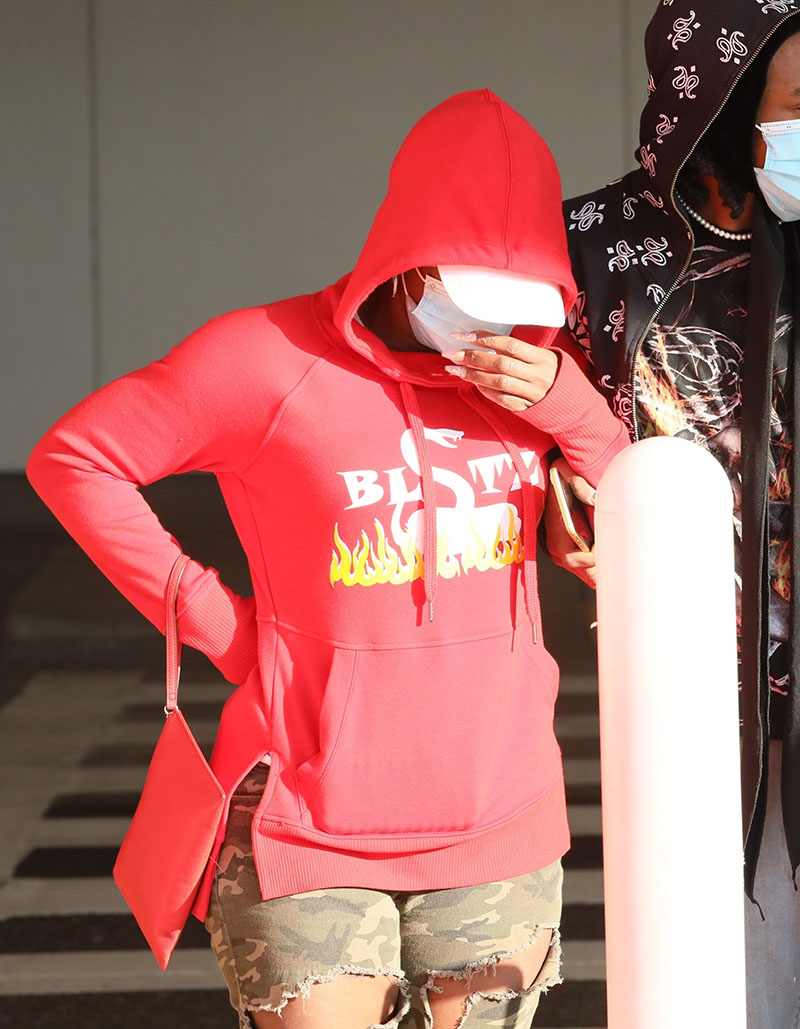 Tessica Brown, the Louisiana woman known as "Gorilla Glue Girl", was emotional as she arrived in Los Angeles, California for an intensive procedure to remove superglue from her scalp after she replaced the sticky substance with her usual spritz spray.

The 40-year-old daycare owner wore a red hoodie which she pulled down over her face mask as the paparazzi snapped photos. She was accompanied by two friends who gave her emotional support.

Brown declined to answer questions from the paparazzi when asked if reps from Got 2B Glued or Gorilla Glue reached out to her. 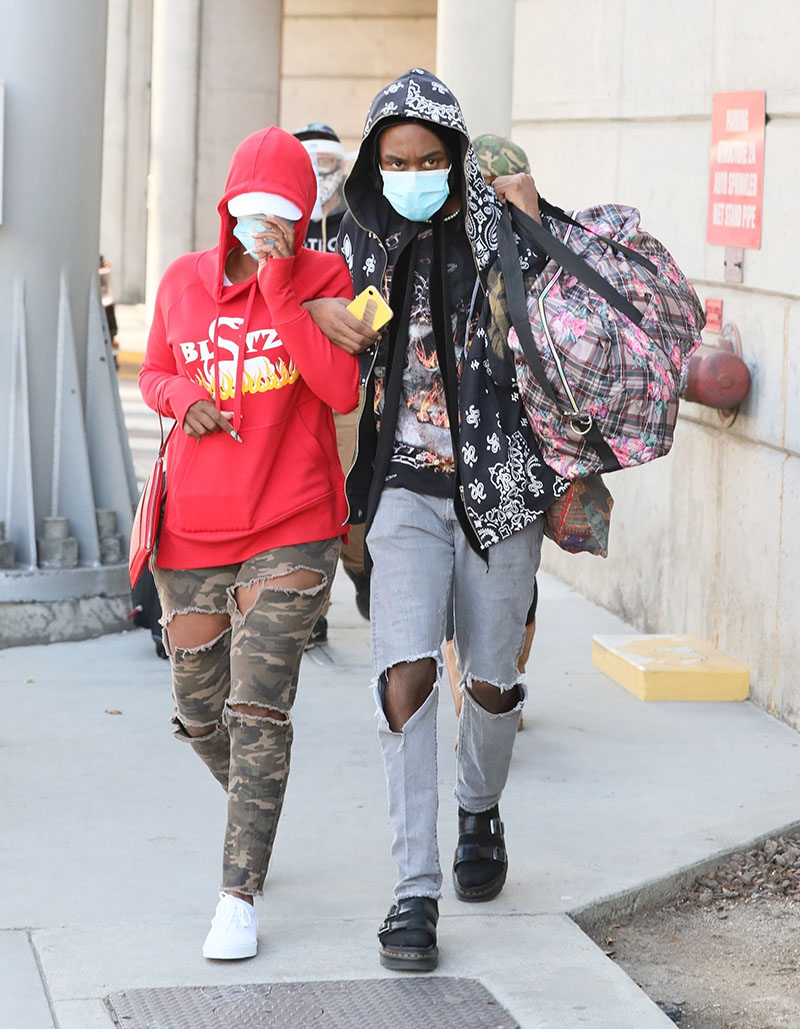 Dr. Obeng said used a solvent to break down the polyurethane -- the main ingredient in Gorilla Glue.

Brown said she was prepared to wear wigs and weave products for the rest of her life until she had the procedure done.

Brown went viral last week when she shared a video explaining how she replaced her usual spritz holding spray with Gorilla Glue spray because the label didn't say she couldn't spray the glue on her hair. 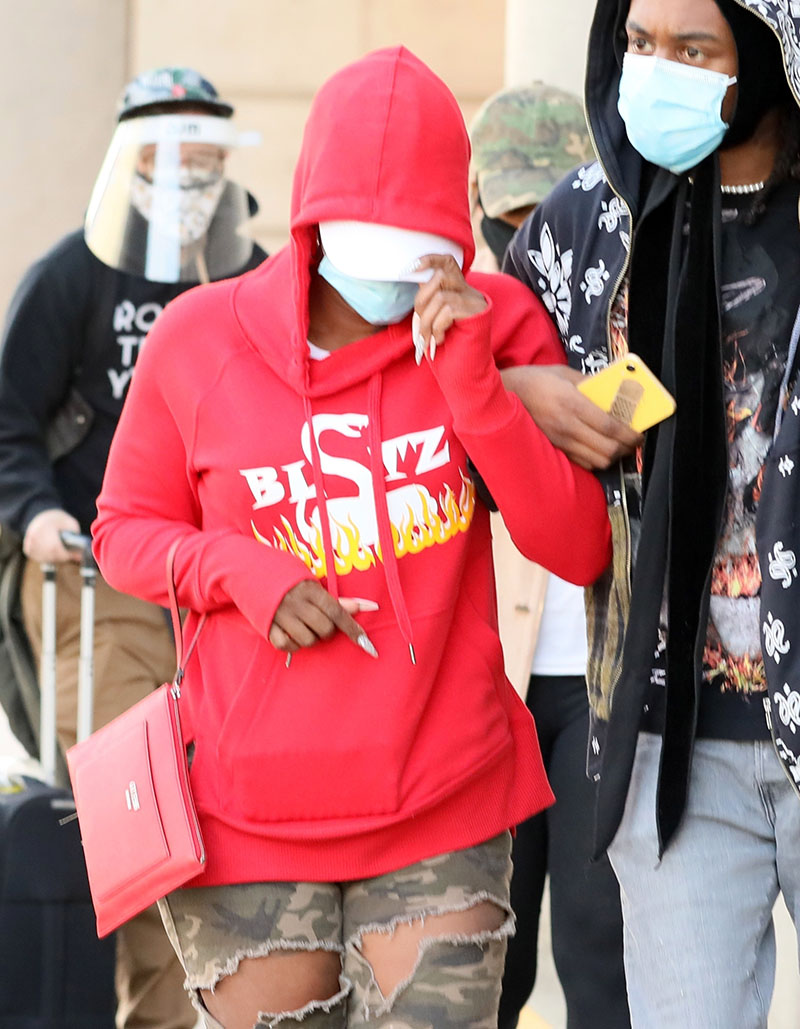 In an interview with Entertainment Tonight, Brown said she's "over it" after her Instagram followers questioned whether her glue mixup was a stunt.

"The reason I went to the internet because I was never going to take this to social media [but] the reason I took it to social media was because I didn't know what else to do," she explained. "I knew somebody out there, somebody, could have told me something. I didn't think for one second it was going to be everywhere." 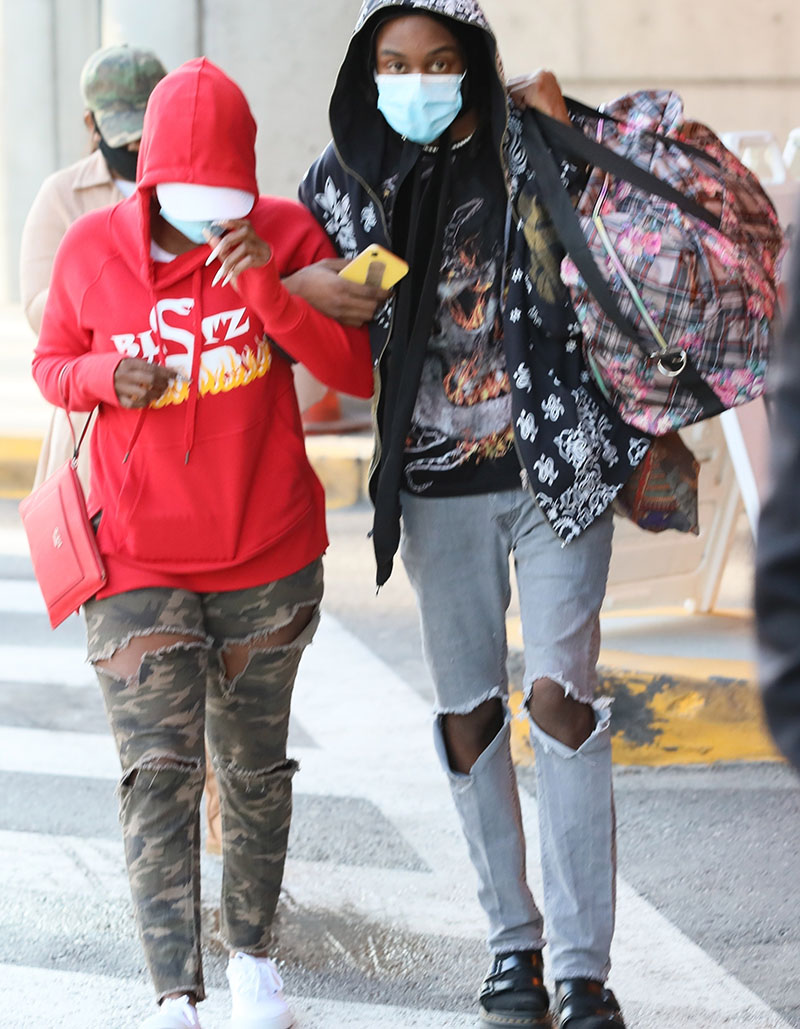 When asked how she's dealing with public scrutiny that she made up the story about spraying glue in her hair, Brown denied it was a publicity stunt.

"Again, it never was -- who in they right mind would have just said, 'Oh, let me just spray this on my head and I'm going to become famous overnight?' Never. Who would want that?"