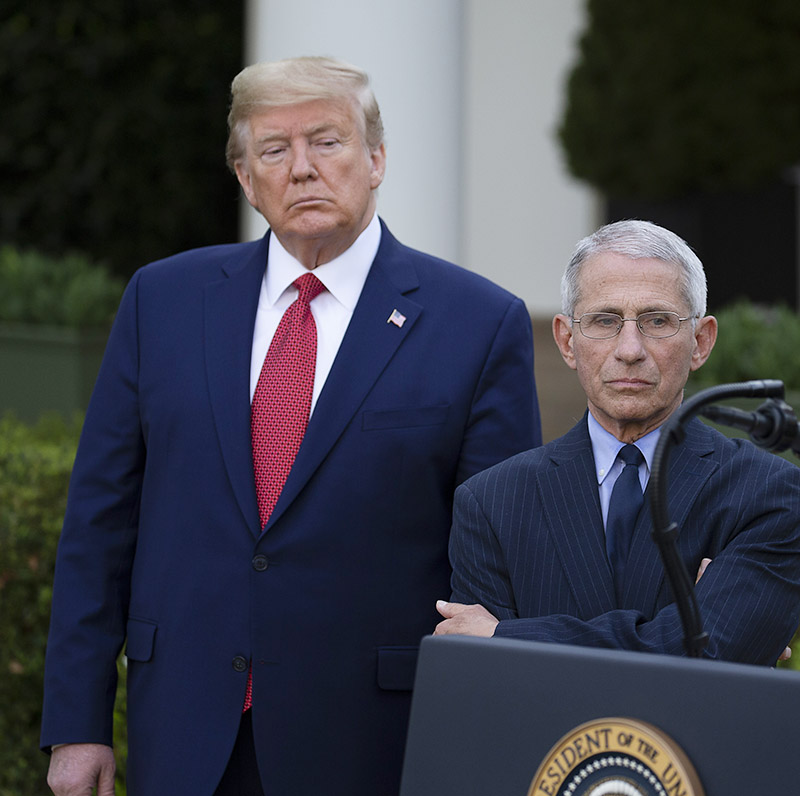 Dr. Anthony Fauci, head of the National Institute of Allergy and Infectious Diseases, pleaded with former President Donald Trump to urge his followers to get the coronavirus vaccine.

On NBC's "Meet the Press" on Sunday, Fauci told Anchor Chuck Todd it's "disturbing" that most Trump supporters are unwilling to get the coronavirus vaccine.

"I want to talk about vaccine," said Todd. "We are seeing a bigger divide by politics. We talked about it earlier. For instance, among Trump voters, 47% have said they'll not be vaccinated, 30% say yes, and half Republican men say they're not going to take this vaccine."

Todd continued noted that Trump was not among four living presidents to appear in a vaccine PSA: "You have the PSA with all the former presidents except one, President Trump, in there. Do you think he needs to be enlisted here ... to get his voters to take this vaccine?"

Fauci replied, "Chuck, I hope he does because the numbers that you gave are so disturbing, how such a large proportion of a certain group of people would not want to get vaccinated merely because of political consideration. It makes absolutely no sense, and I've been saying that for so long."

Neither man informed viewers that Trump was not invited to participate in the vaccine PSA with the living former presidents -- Barack Obama, Bill Clinton, George Bush and Jimmy Carter.

Fauci added, "We've got to dissociate political persuasion from what's common sense, no-brainer public health things. The history of vaccinology has rescued us from smallpox, from polio, from measles, from all of the other diseases. What is the problem here?"