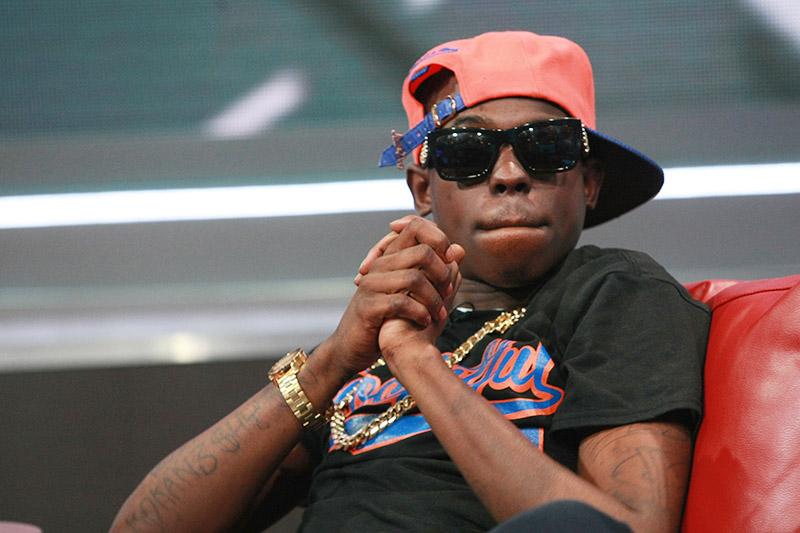 Black Twitter looked like a crime scene after Black women found out rapper Bobby Shmurda is booed up with a Caucasian woman.

Instagram blogger Kollege Kidd shared a photo of the happy couple on Instagram. He captioned a photo of Shmurda and his new love: "Bobby Shmurda coolin with his rumored girlfriend."

Shmurda is best known for his viral dance called "The Shmoney" which he debuted in his "Hot Boy" music video in 2014.

"Hot Boy" was certified Platinum in the United States and is Shmurda's only top 10 single on the Billboard charts.

On September 2, 2016, Shmurda plead guilty to weapons possession and conspiracy charges and was sentenced to seven years in prison.

He was released from prison on February 23, 2021. Migos rapper Quavo Huncho leased a private jet to fly Shmurda to Atlanta.