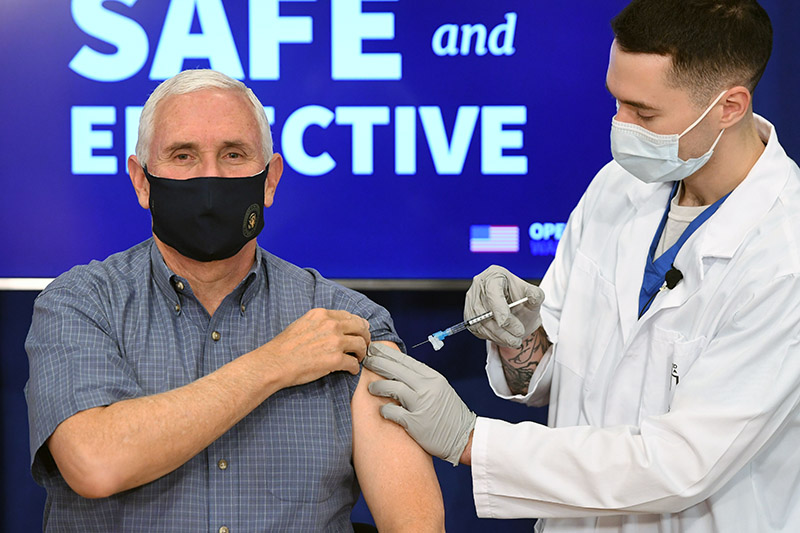 Pfizer's CEO Albert Bourla suggests a third "booster" shot for those who are "fully vaccinated" against the coronavirus.

The still experimental Pfizer mRNA vaccine was the first to be approved on an emergency basis by the Food & Drug Administration (FDA).

Unlike the Johnson & Johnson vaccine which is a single injection, two shots of the Pfizer vaccine are required.

Bourla has suggested that people who received the first two shots will need a third "booster" shot within 12 months. Then an annual mRNA injection is necessary against the different "variants" of the virus.

Bourla told CNBC a third dose of mRNA is "extremely important to suppress the pool of people that can be susceptible to the virus."

The FDA and CDC paused the administration of Johnson & Johnson single dose vaccines earlier this week after one woman died. Six other women, ages 18 to 48, were diagnosed with cerebral blots in the brain.

It isn't clear when J&J will be given the green light to continue administering their vaccine.