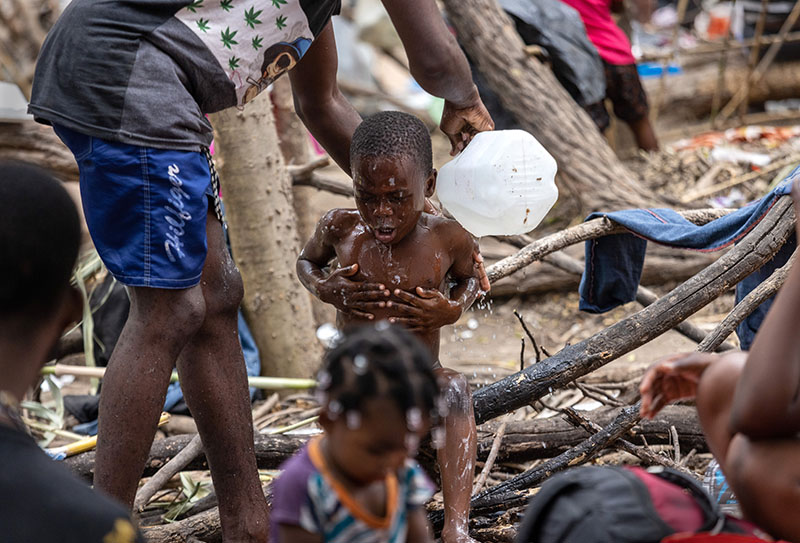 DEL RIO, TEXAS – SEPTEMBER 21: A Haitian immigrant bathes his son in a large migrant camp near an international bridge at the U.S.-Mexico border on September 21, 2021 in Del Rio, Texas. Many of the estimated 14,000 immigrants in the camp have been living in makeshift dwellings made of tree branches and carrizo cane. U.S. immigration authorities have begun deporting planeloads of migrants directly to Haiti while others have crossed the Rio Grande back to Mexico. (Photo by John Moore/Getty Images) 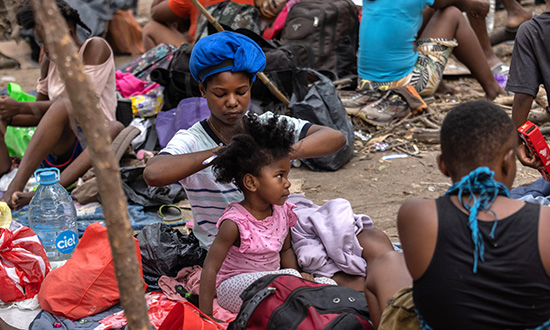 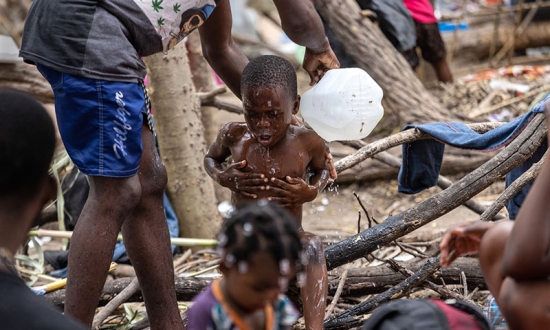 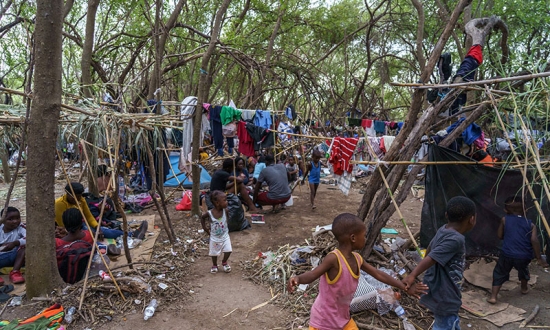 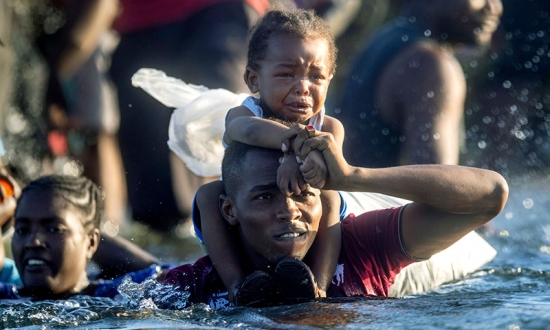 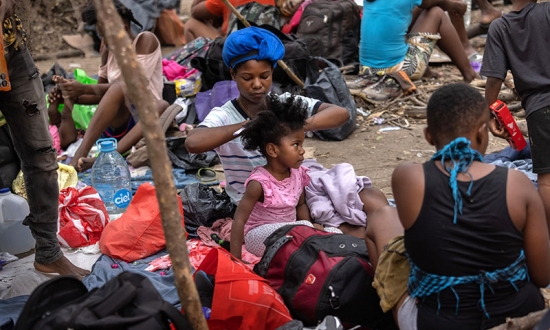 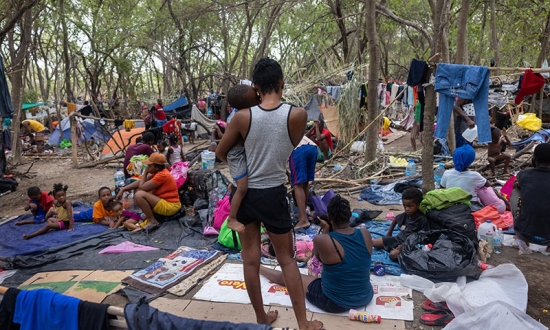