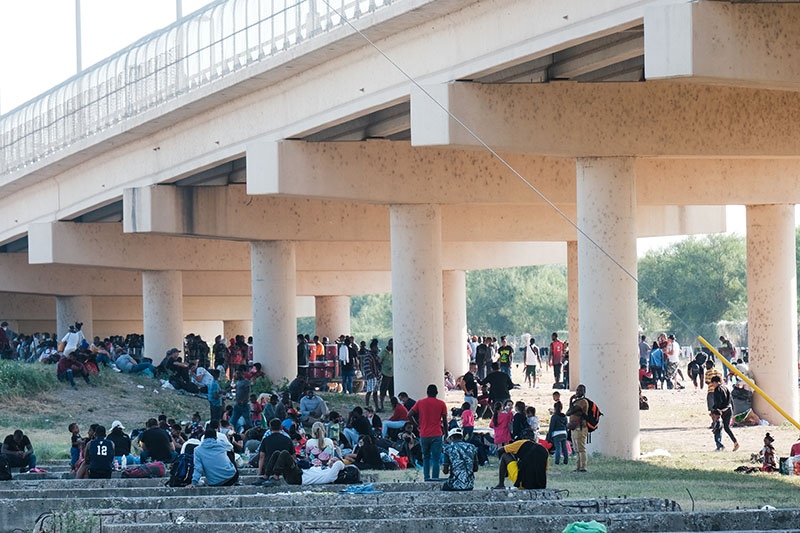 TEXAS, USA – SEPTEMBER 19: Migrants are seen at the Rio Grande near the Del Rio-Acuna Port of Entry in Del Rio, Texas, on September 18, 2021. – The United States said on September 18 that it would ramp up deportation flights for thousands of migrants who flooded into the Texas border city of Del Rio, as authorities scramble to alleviate a burgeoning crisis for President Joe Biden’s administration. The migrants who poured into the city, many of them Haitian, were being held in an area controlled by US Customs and Border Protection (CBP) beneath the Del Rio International Bridge, which carries traffic across the Rio Grande river into Mexico. (Photo by Charlie C. Peebles/Anadolu Agency via Getty Images) 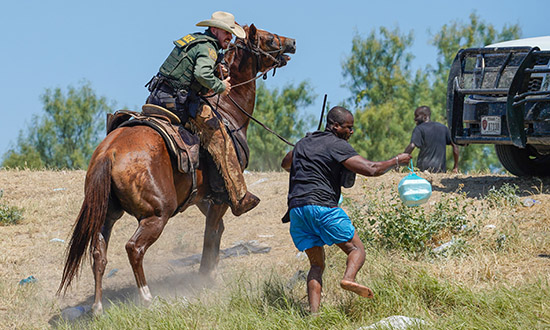 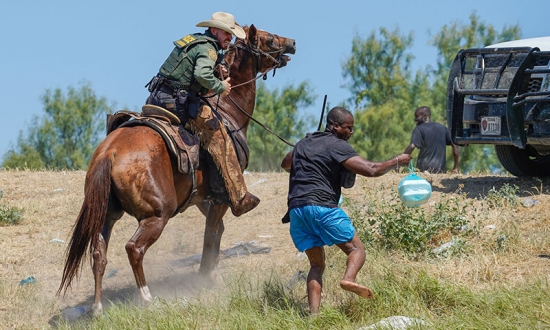 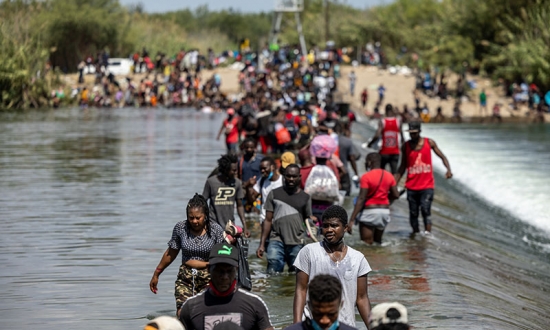 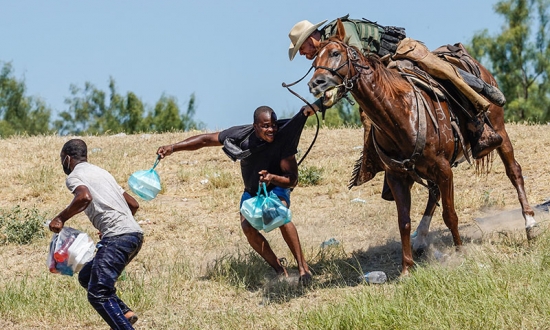 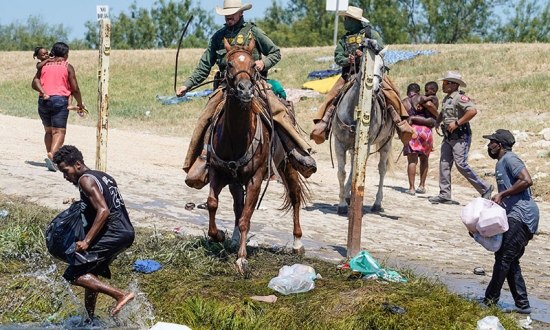 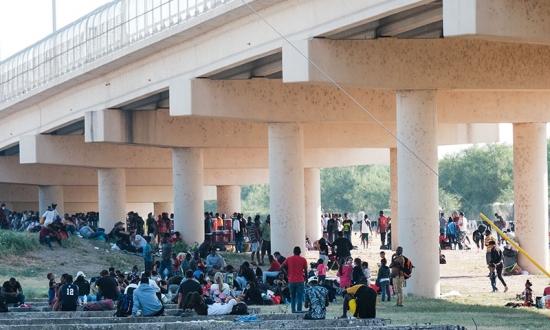