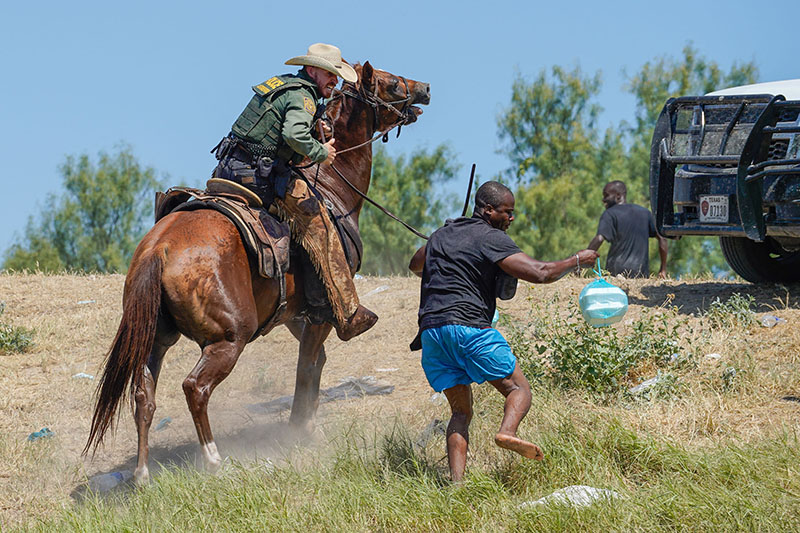 A United States Border Patrol agent on horseback uses the reins to try and stop a Haitian migrant from entering an encampment on the banks of the Rio Grande near the Acuna Del Rio International Bridge in Del Rio, Texas on September 19, 2021. – The United States said Saturday it would ramp up deportation flights for thousands of migrants who flooded into the Texas border city of Del Rio, as authorities scramble to alleviate a burgeoning crisis for President Joe Biden’s administration. (Photo by PAUL RATJE / AFP) (Photo by PAUL RATJE/AFP via Getty Images)