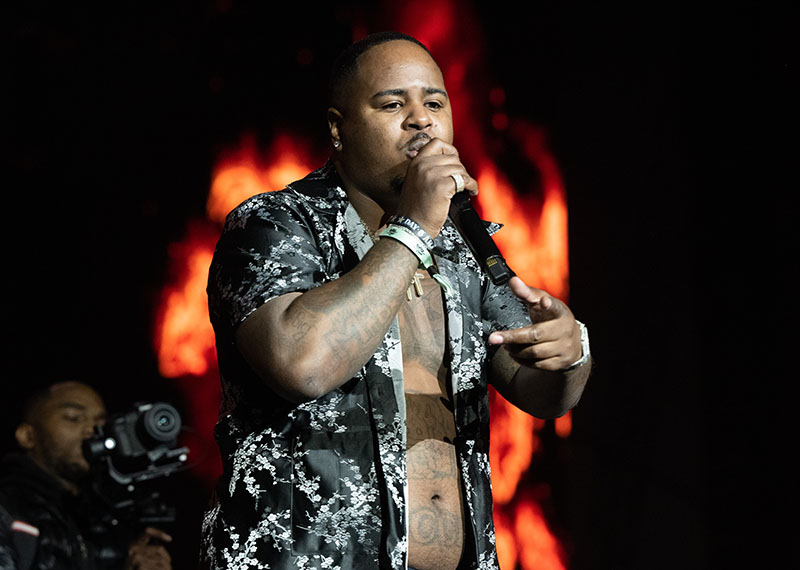 Drakeo The Ruler has died from a stab wound he sustained at a Los Angeles music festival on Saturday, December 18. He was 28.

The rapper, whose real name was Darrell Caldwell, was stabbed in the neck during a fight between 2 groups of men backstage at the L.A. Exposition Park about 8:30 p.m. local time.

He was transported to a local hospital, where he was pronounced dead on Sunday, Dec. 19, TMZ reported.

The Los Angeles native was one of the acts scheduled to perform during the Once Upon a Time in L.A. festival on Saturday. Snoop Dogg and 50 Cent's sets were canceled and the music festival was shut down by police an hour earlier than expected.

LAPD spokesman Officer Luis Garcia told the LA Times that no arrests have been made.

Once Upon a Time in L.A. is the second deadly Live Nation music festival in as many months.

10 concertgoers died during a stampede at rapper Travis Scott's Astroworld Music Festival in Houston on Nov. 5. Live Nation has been named in more than 100 wrongful death lawsuits stemming from the Astroworld tragedy.

Caldwell was acquitted of murder in 2019 stemming from an incident in Carson, California in 2016. He was also acquitted of 5 attempted murder charges and conspiracy to commit murder.

He was released from prison in November 2020 after serving three years.