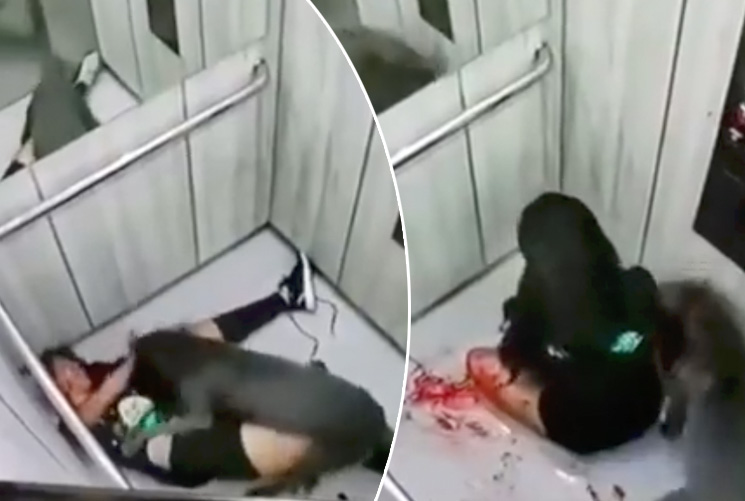 Surveillance video captured a woman fighting off a vicious pit bull attack in an elevator in Colombia.

According to reports, the 25-year-old woman was in her bedroom tying her sneakers when another resident's 4-year-old pit bull attacked her.

The woman, who was alone with the dog in her fifth floor apartment, dragged herself into an elevator.

In severe pain and bleeding profusely from multiple bites to her neck and both hands, the 25-year-old woman pressed the lobby button.

"Her reaction was to crawl to the door and go out into the hallway, hoping a neighbor would help her," a source told news.com.au. "When the animal jumped on her, the only thing she thought was that if she stayed on the fifth floor, no one was going to rescue her."

When the lobby doors opened, she crawled out, and people in the lobby rushed to subdue the dog. She was transported to Erasmo Meoz University Hospital.

"She has fractures in two fingers of her right hand, a phalanx on her left," a police spokesperson said, referring to a bone in her left hand. "She is still hospitalized and pending transfer to a clinic for a medical procedure."

CAUTION: the video below contains disturbing scenes of violence. Viewer discretion is advised.