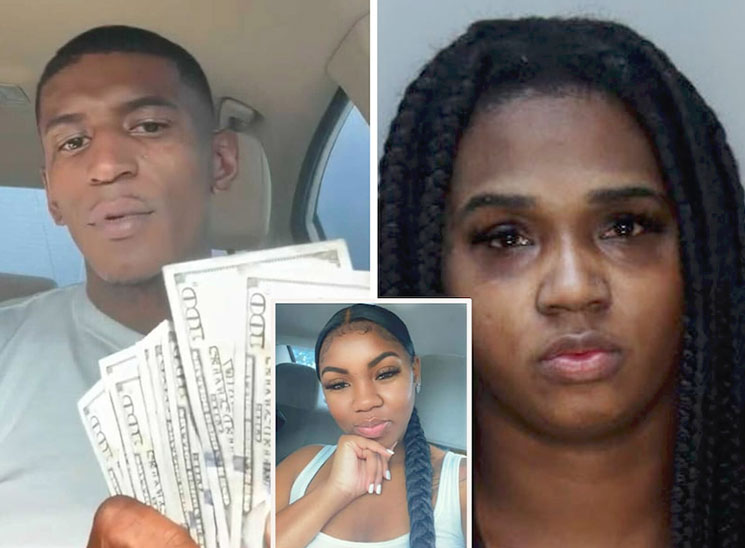 Police say Jones was shot dead in front of her 3-year-old daughter just after she returned home from work on May 3.

On Wednesday, the Miami-Dade State Attorney's Office released the video, which was found on Carter's cell phone.

The video footage shows Carter, 29, sitting in his car counting the cash he was paid by hairstylist Jasmine Martinez, 33, who had a longstanding feud with Jones.

Martinez and Jones feuded because the victim had once dated her boyfriend. 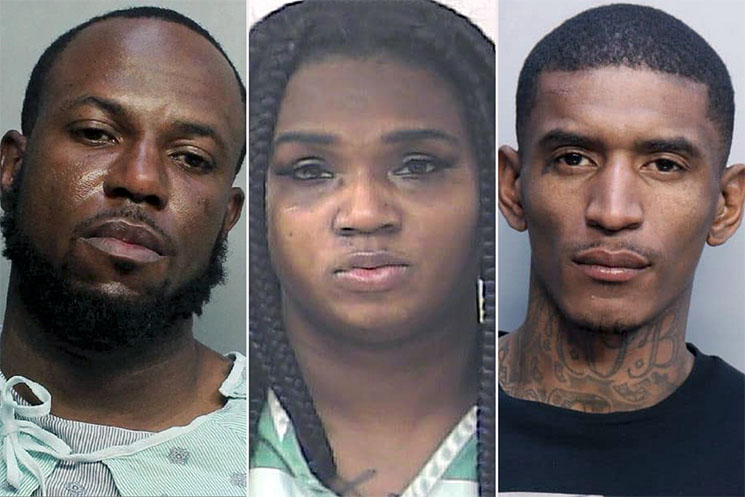 Martinez and another co-conspirator Romiel Robinson, 35, were arrested in February in the murder of Jones who was killed after working a shift at Miami International Airport.

The arrest warrant detailed a jailhouse phone call between the three suspects discussing the murder-for-hire in code words.

Robinson reportedly said a "jersey Carter wants him to get for his birthday with the number on there."

Robinson allegedly told Carter the jersey with the number 15 "costs too much." He asked if he can get one with the number 10 instead. Carter responded "that it is usually 20 to 25," referring to the cost to carry out the hit on Jones.

Court documents obtained by the Miami Herald shows Martinez was accused in 2016 of physically attacking Jones, who was dating Martinez's ex-boyfriend. The 2016 case was dropped by investigators, the Herald reported.

Martinez was arrested again in 2018 for assaulting Jones.

Jones was killed one month after she sat for a deposition in a case involving Martinez's ex-boyfriend and another woman, the Herald reports.