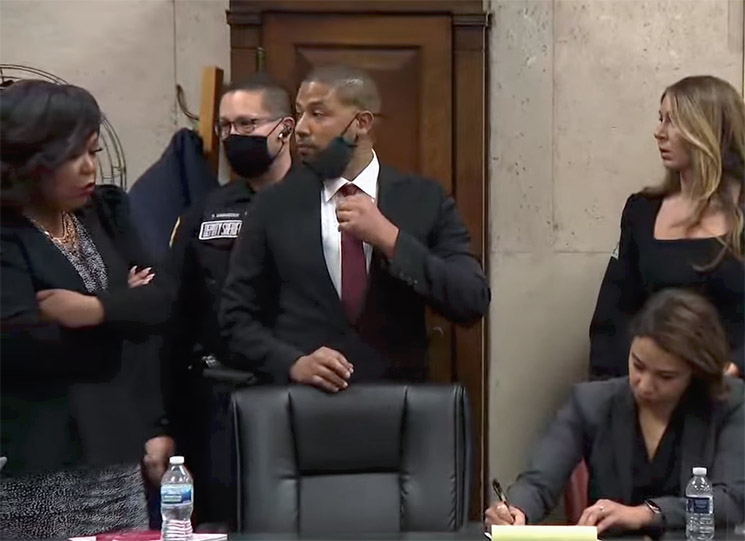 Jussie Smollett was sentenced to 150 days in the county jail followed by 30 months felony probation for masterminding a hate crime hoax in January 2019.

He was also ordered to pay $120,000 restitution to the city of Chicago for wasting countless overtime hours investigating his false claims.

The judge ordered him remanded into the custody of the Cook County Sheriff. Smollett's attorneys asked the judge to stay the jail time while they file an appeal. But the judge denied the request.

"You're now a permanently convicted felon," the judge told Smollett before imposing his sentence. 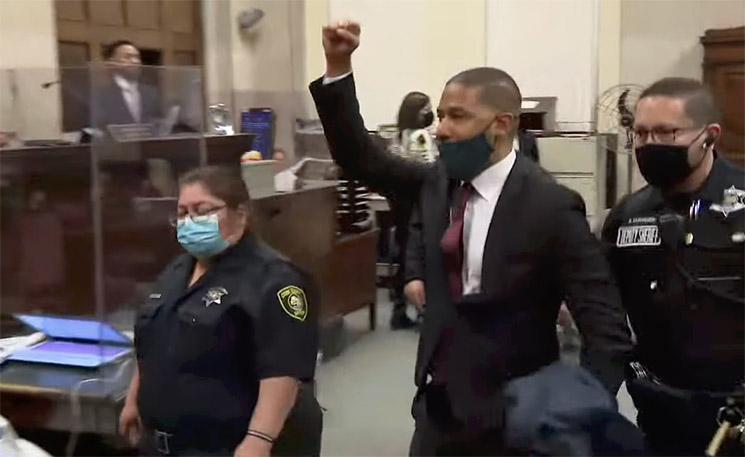 As Smollett was escorted from the courtroom on his way to jail, he raised a defiant fist in the air and shouted, "I AM NOT SUICIDAL!"

His sister yelled "Stop locking up our Black men!"

Don’t drop that soap…Justice has been served #JussieSmollett

Smollett was arrested on Feb. 20, 2019 and charged with filing a false police report, a class 4 felony.

However, Smollett has friends in high places in the Windy City and all charges were dropped on March 26, 2019, sparking public uproar among citizens and police.

After the charges were dropped, allegations of favoritism were made against state prosecutor Kim Foxx. A special prosecutor was assigned to the case and Smollett was indicted again on 6 counts of felony disorderly conduct.

On December 9, Smollett was found guilty on 5 of 6 counts. Watch the sentencing hearing live below.