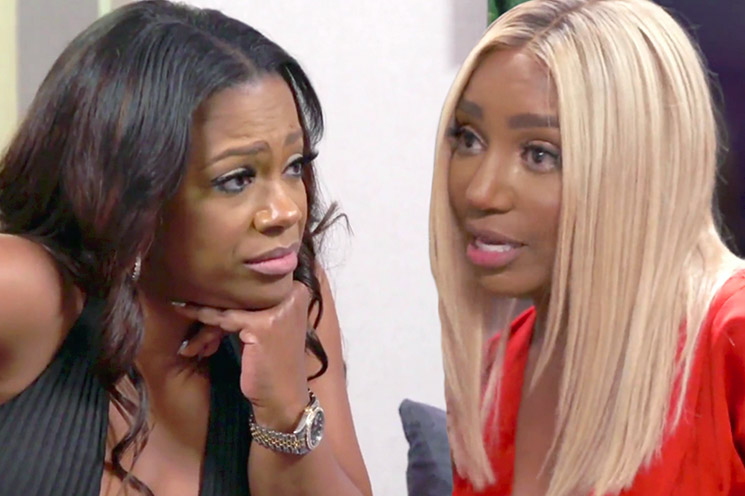 NeNe, who was fired from RHOA last year, thanked fans for not watching the series, based on Kandi and husband Todd Tucker's Old Lady Gang restaurant in Atlanta.

"Kandi & the Gang Flopped w/69th place! 'You can never win when you play DIRTY. Stay woke!'" 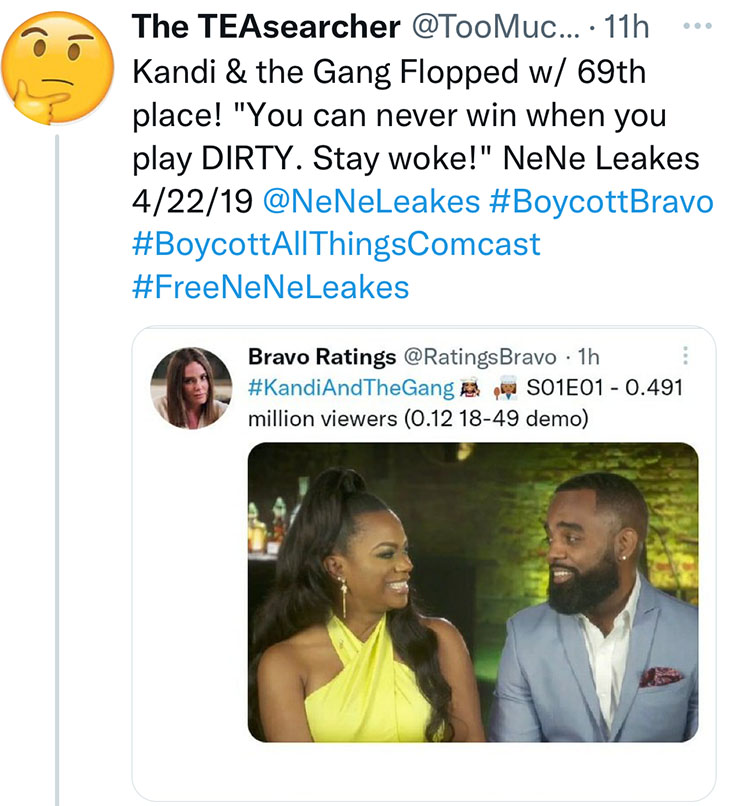 Another fan wrote: "I refuse to watch, for so many reasons. And I've always believed Nene, she is missed."

NeNe responded by thanking the fan for not watching Kandi's new show. 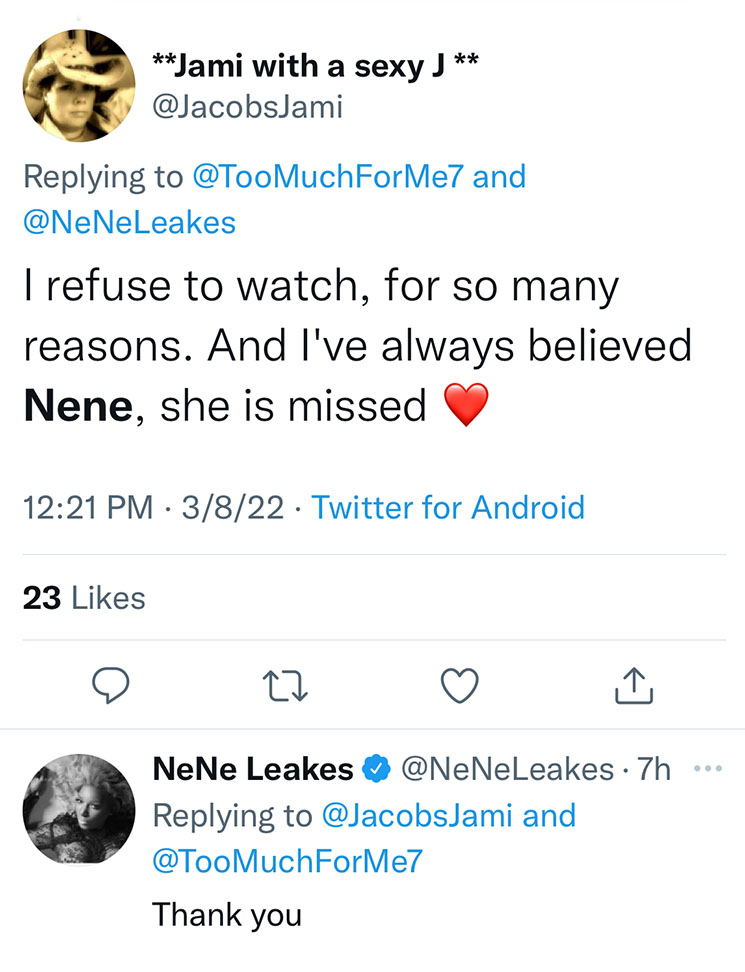 Speaking of new reality TV series, BET is bringing back "College Hill" with a new cast featuring older celebrities who either dropped out of college or never went.